You can walk among dinosaurs in this real-life ‘Jurassic Retreat’ for $1.3M

This place will take you back 65 million years.

A real-life dinosaur-themed property, dubbed “Jurassic Retreat,” has hit the market for $1.3 million.

Located in Washougal, Washington, near Portland, Oregon, the property sits on more than 2 acres of land and comes with dinosaurs galore.

Spanning over 2,100 square feet, the open-beam loft is made up of three bedrooms and two bathrooms and gives you the real-life feeling of the thrilling film franchise.

As you enter the gates, five motorized, life-sized dinosaurs that even make their own dinosaur sounds are featured throughout the home.

Other features include a jacuzzi, a mini jeep and more movie-themed decorations indoors.

Newly built in 2020, the home has often been used as a short-term rental.

“The original seller built it himself,” Louise James, the listing agent with Cascade Hasson Sotheby’s International Realty, told local station KOIN. “It was originally just a small shed on the land and then he built this really nice, kind of contemporary-looking small house.” 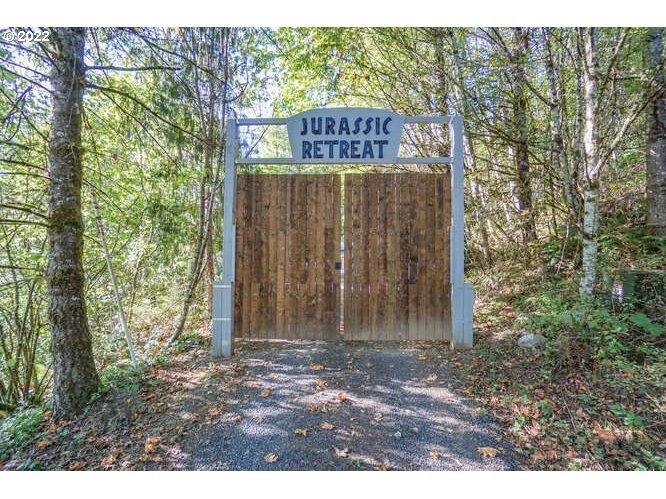 The property is situated on a little over 2 acres. David Roberts for Sotheby's International Realty 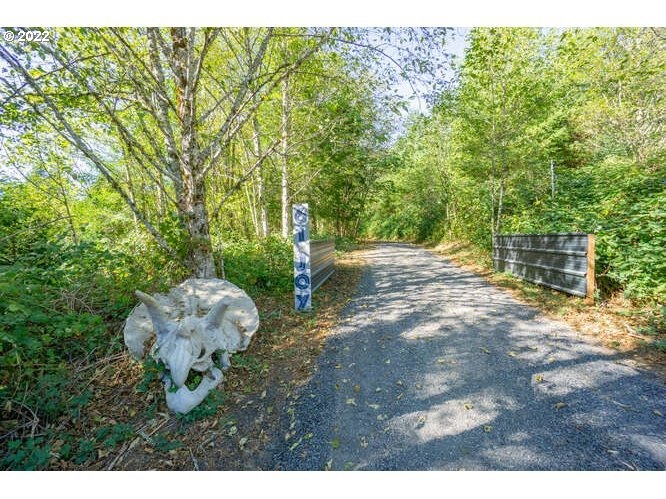 A dinosaur skull is placed as you drive up. David Roberts for Sotheby's International Realty 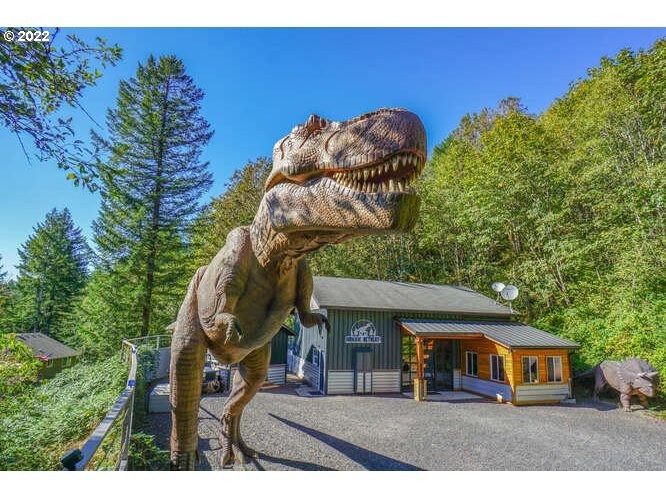 You’ll be greeted by a life-size T-rex.David Roberts for Sotheby's International Realty 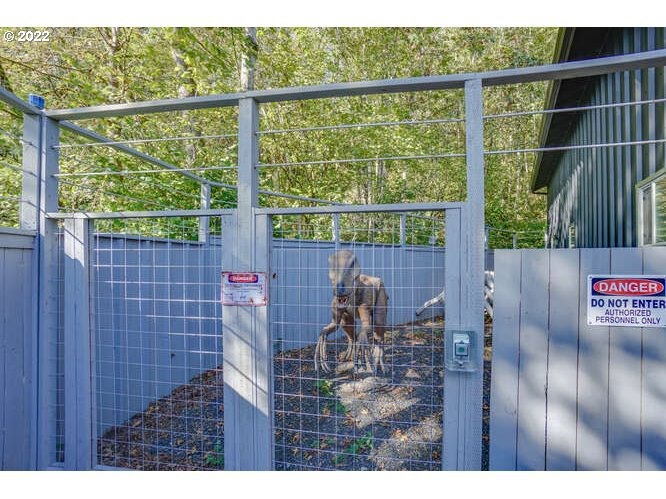 A velociraptor and triceratops are seen outside of the home. David Roberts for Sotheby's International Realty

“It is hidden away in the trees,” James added. “I always call it the forest off of Washougal River Road, which is really beautiful, and it’s two minutes away from Dougan Falls and the swimming holes and it’s just beautiful there. People like to go there because you can go hiking up there. You’re definitely out in the wilderness, which is beautiful, but not too far away from reality.”

But if it isn’t something you would want to lay claim to permanently, there is also the option of renting it on Airbnb for $331 per night.

“You’ll be greeted by a life-size T-rex, velociraptor and triceratops as you park on-site, and venture into this home’s interior space!” the listing states. “When you manage to tear yourself off-site, visit the Washougal River State Park or hike local trails!”

The first sci-fi film “Jurassic Park” was released in theaters in 1993.

Its 30th anniversary coming into the new year could be why some groups have already booked the property for next year.

among dinosaurs jurassic retreat
Read The Rest at
nypost.com