Yankees planning to have ‘open competition’ at shortstop for now SAN DIEGO — When spring training rolls around, Brian Cashman said there will be an “honest to goodness open competition” at shortstop.

That could change if Aaron Judge doesn’t return to The Bronx and the Yankees enter the free-agent market for a shortstop, which Cashman said would be a possibility with the money they don’t spend on Judge.

But Cashman, like managing general partner Hal Steinbrenner did last month, pointed to the team’s prospects at the position.

“We do have kids currently,” Cashman said of Oswald Peraza and Anthony Volpe. “We do have competition at the shortstop spot. We’ll see where it shakes out.”

It could leave Isiah Kiner-Falefa without a spot in the lineup.

Kiner-Falefa was benched during the ALCS due to defensive miscues, with the Yankees going with Peraza and Oswaldo Cabrera.

“We have some really high-end young kids that are here that we’re really excited about,” Cashman said. “Is their future as early as next year? That’s yet to be determined. If it’s not, they can still bide some time.” 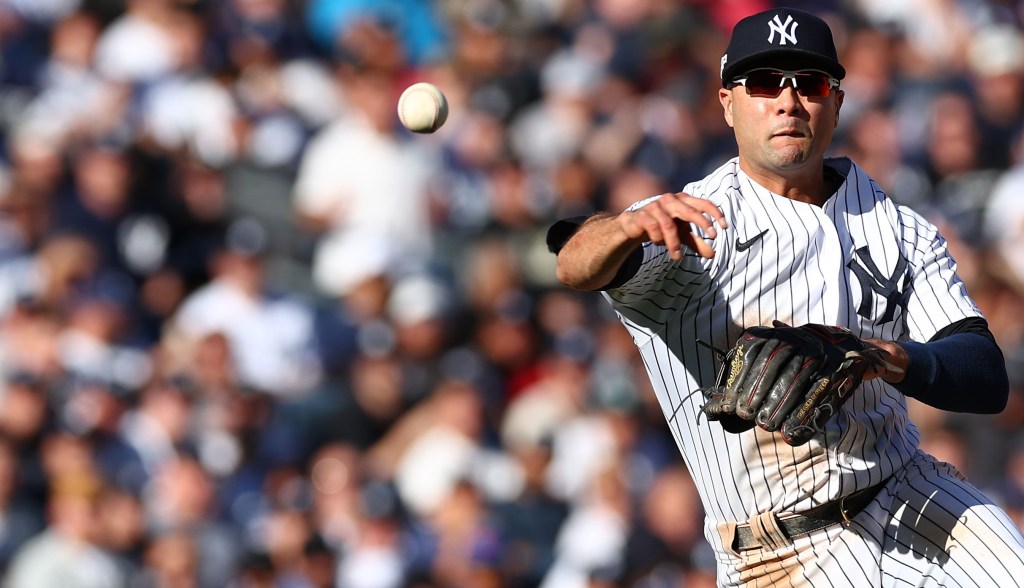 The Yankees could look to move Gleyber Torres, who is playing winter ball in his native Caracas, Venezuela. And DJ LeMahieu is dealing with a fractured bone in his foot that could impact his availability for at least the early part of next season.

Cashman again sounded locked into to Josh Donaldson at third base.

Aaron Boone, also at the winter meetings, said he expected there to be a battle at shortstop in the spring.

“We feel we have a lot of talent there,’’ Boone said of the prospects. “It’s a deep group.”

Of Peraza, Boone said, “He’s ready for that opportunity. He’s earned the opportunity to compete for more of a role.” 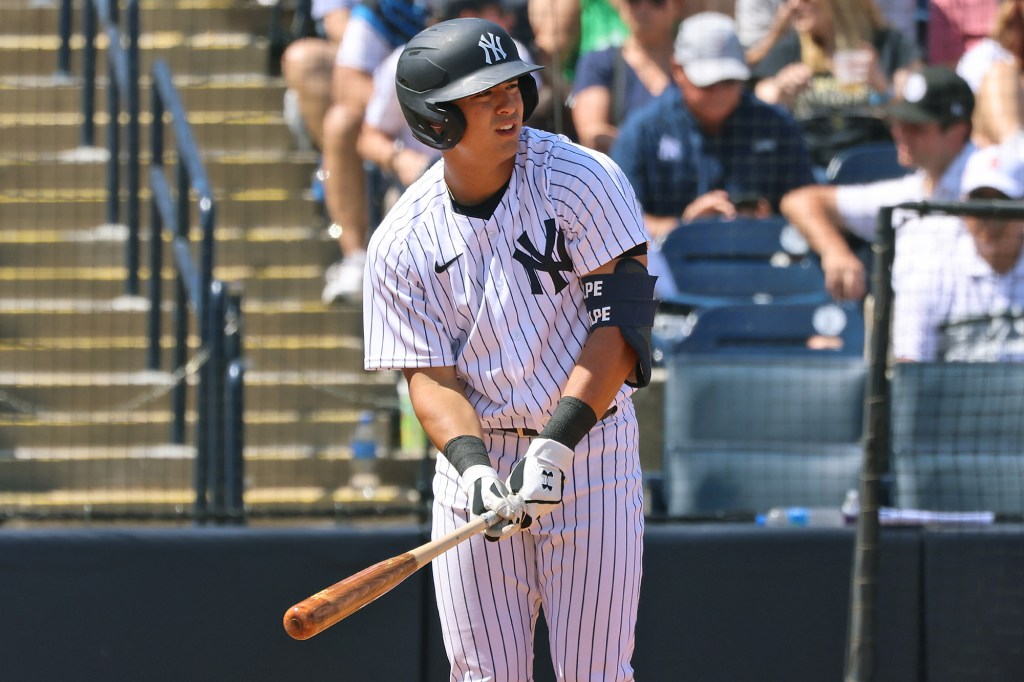 Carlos Rodon is the premier free agent left in free agency and the Yankees are interested in him, according to sources.

Cashman said he considers the rotation to be “in good shape” with Gerrit Cole, Frankie Montas, Nestor Cortes and Luis Severino, as well as Domingo German and Clarke Schmidt.

“That doesn’t mean you don’t want to improve it,’’ the general manager said.

Boone said, “I think we’re gonna look to add to the depth.”

Boone said LeMahieu is working at the team’s facility in Tampa and was expected to see a foot specialist Tuesday to further discuss the fractured sesamoid bone in his right big toe that sidelined him for the playoffs.

The manager said LeMahieu has been running and taking ground balls and was seen by the team’s training staff, who were all encouraged by his progress.

A potential surgery would be complicated.

Boone added he spoke with LeMahieu last week and “it was the first time there was a little optimism about what he was experiencing.” Anya Taylor-Joy Turned Into A Gamer For Her...