Sylvester Stallone on his mobster role in ‘Tulsa King’: ‘He’s not a savage’ The 10-part series, premiering Nov. 13 on Paramount+, was created by Taylor Sheridan (“Yellowstone,” “Mayor of Kingstown”). Stallone shifts gears to play Dwight “The General” Manfredi, an amiable-ish New York mobster who’s released from prison after serving 25 years — and is promptly dispatched to Tulsa, Okla. to assemble a crew there and mine the city’s untapped criminal bounty (sending a chunk of his earnings to his bosses back home, of course).

“I’ve always wanted to play an underworld figure but in a different incarnation,” Stallone, 76, told The Post. “Not the normal tough-guy thug, but one that is almost charming. He has a gangster side, when necessary, but is more of an organizer, what we call a ‘general’ as opposed to a ‘sergeant at arms.’ 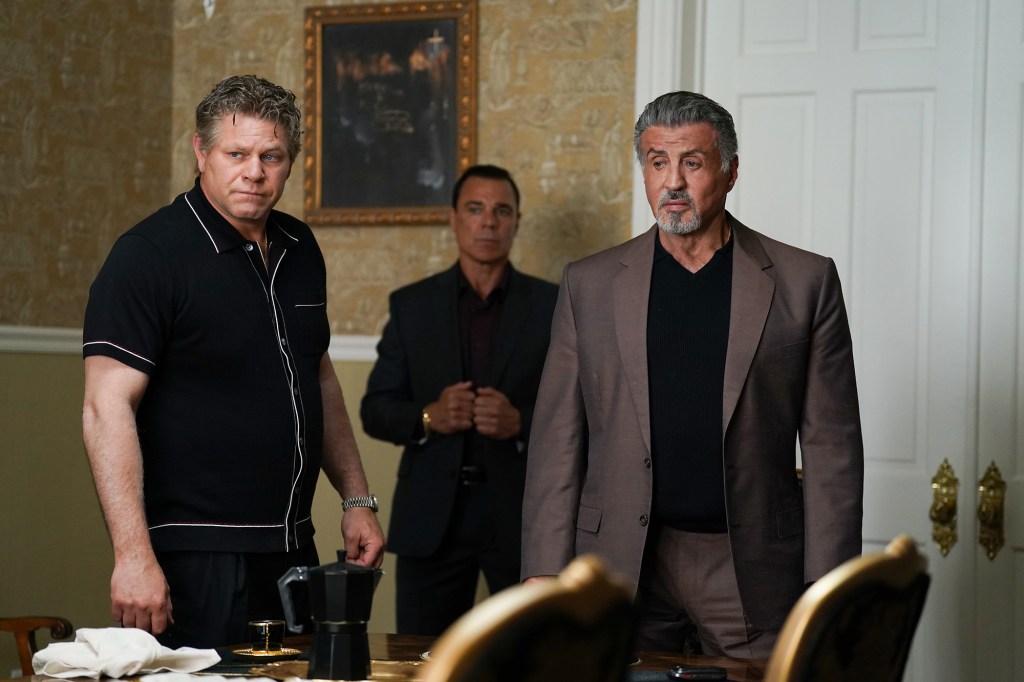 Dwight (Sylvester Stallone) learns that he’s being sent to Tulsa right after being released from prison after serving 25 years.Brian Douglas/Paramount+ 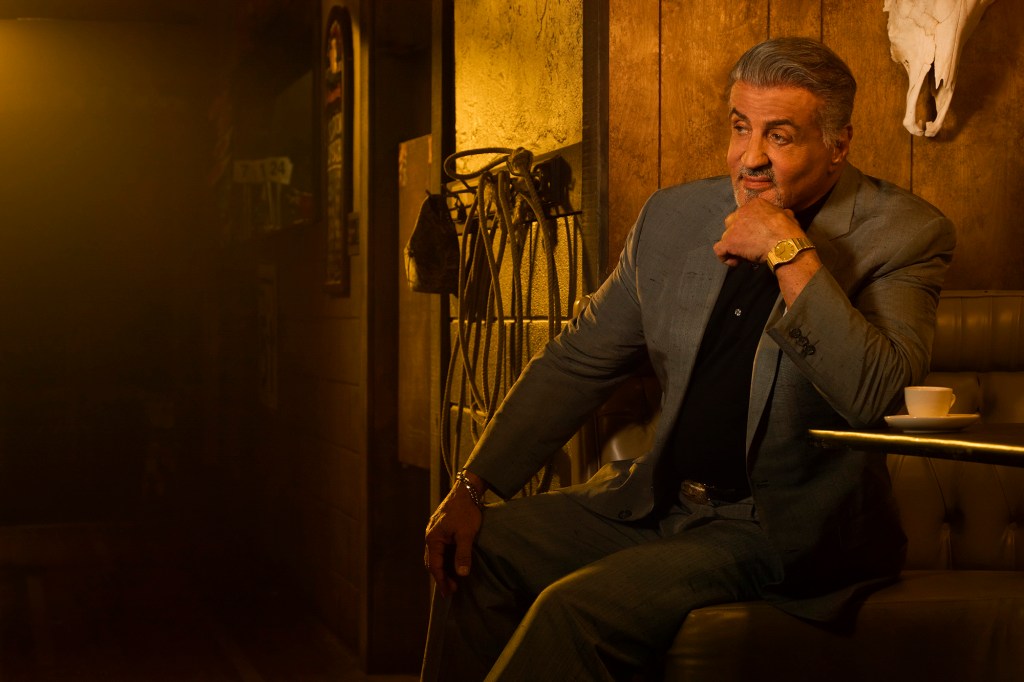 “We added something to [the role] that was very important,” he said. “In the original script, there was no, what I’d call, ‘heartbeat’ in Dwight. When I added Adrian to ‘Rocky,’ it really took on a sensitivity that would have been completely absent if it was just a boxing film. It was never really a boxing film. He happened to be a bad fighter who was in love with a very homely girl and that was the crux of the story.

“[In ‘Tulsa King’] we added a daughter [Tina, played by Tatiana Zappardino] who’s estranged from Dwight and didn’t want to see him while he spent 25 years in prison,” he said. “So she grew up basically hating him and some bad things happened to her on the outside, which he now has to deal with. He’s trying to get her back in his good graces; most people at the end of their lives have such regret at the way they did not embrace their loved ones … that’s the dilemma he’s going through and I think that’s what makes him very identifiable.”

Stallone said he wanted to veer away from the mob-boss trope vis-a-vis Dwight — “Marty [Scorsese] has done that in ‘Goodfellas’ and certainly Coppola nailed it in ‘The Godfather,” he said — and to make Dwight a more nuanced character. 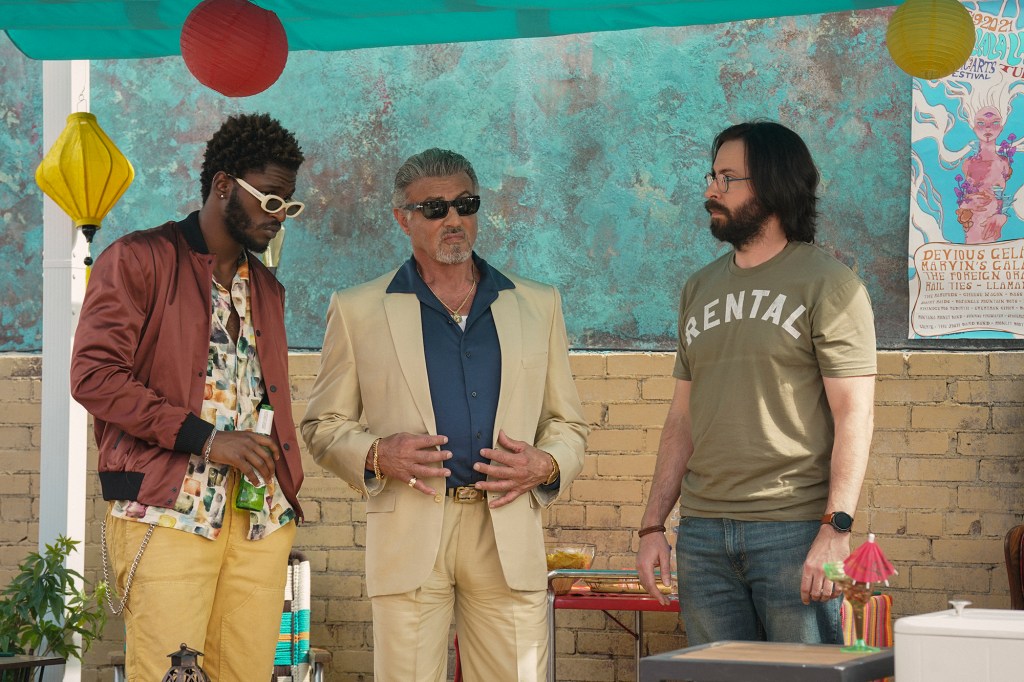 Once Dwight arrives in Tulsa, he recruits his driver, Tyson (Jay Will, left) and pot dealer Bhodi (Martin Starr) into this crew.Brian Douglas/Paramount+

“He’s not a savage or a guy who deals in bloody intimidation,” he said, though Dwight does have his moments. “He’s not a gangster in the classic mold. I thought, ‘What if he was reborn like in Franz Kafka’s ‘Metamorphosis’ and he woke up funny, and instead of being a cockroach he was a gang leader, a mob Don.’ You see most of the mobsters put on that dead-eye look, that frown, that kind of intimidating swagger.

“What if [Dwight] didn’t do that?,” he said. “What if he’s the kind of guy who is trying to blend in, trying to be harmonious … when he comes into a room instead of being intimidating he wants to be everyone’s friend — because he knows that’s the power, community, and we’ve never seen that before. It’s a whole other attitude.

“It’s a different take on this particular kind of character that I’ve always wanted to play, since I bombed out of even getting a part as an extra in ‘The Godfather’ wedding scene,” he said. “I’ve never given up hope!”

The series was originally supposed to be set in Kansas City before its change of venue.

“Kansas City has a very infamous mob that’s been in business since the 1920s, whereas Oklahoma is somewhat of a mystery,” Stallone said by way of explanation. “Obviously there’s crime there, but it’s not so much organized crime, at least it’s not on the radar, so it was a challenge for my character to have to start a family of rogues, and none of them are Italian: they’re Indians, cowboys, people with weight problems, yuppies, Gen-Zers — you name it.

“They’re the most odd collection of individuals you’ve ever seen,” he said, “yet somehow they’re all brought together and kind of turned into this ‘Gang That Couldn’t Shoot Straight.'”