Shannon Sharpe turned the volume all the way up on Skip Bayless.

The two were talking about Baker Mayfield on Fox Sports’ “Undisputed” when Sharpe started losing it with his partner.

“All you do is bring up those 11 games,” Sharpe said, referring to the 11 wins the Browns had in 2020 en route to a playoff berth. “All you do is go back and talk about when he was a rookie and won those seven games!”

Sharpe said Mayfield is dead last in the NFL in the QBR stat this season.

Sharpe said Mayfield was 33rd in completion percentage, while Bayless continued to “blah” in response.

“Are you going to let me talk?!” an incredulous Sharpe asked.

Bayless answered, “If you stay on point, I’ll let you…”

Bayless told him to go ahead. 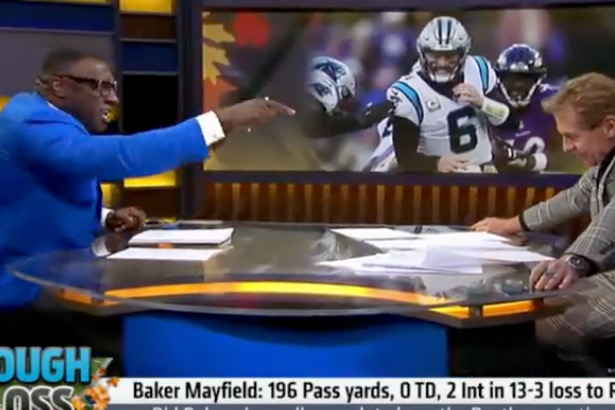 Shannon Sharpe lost it on Skip Bayless over Baker Mayfield.FS1 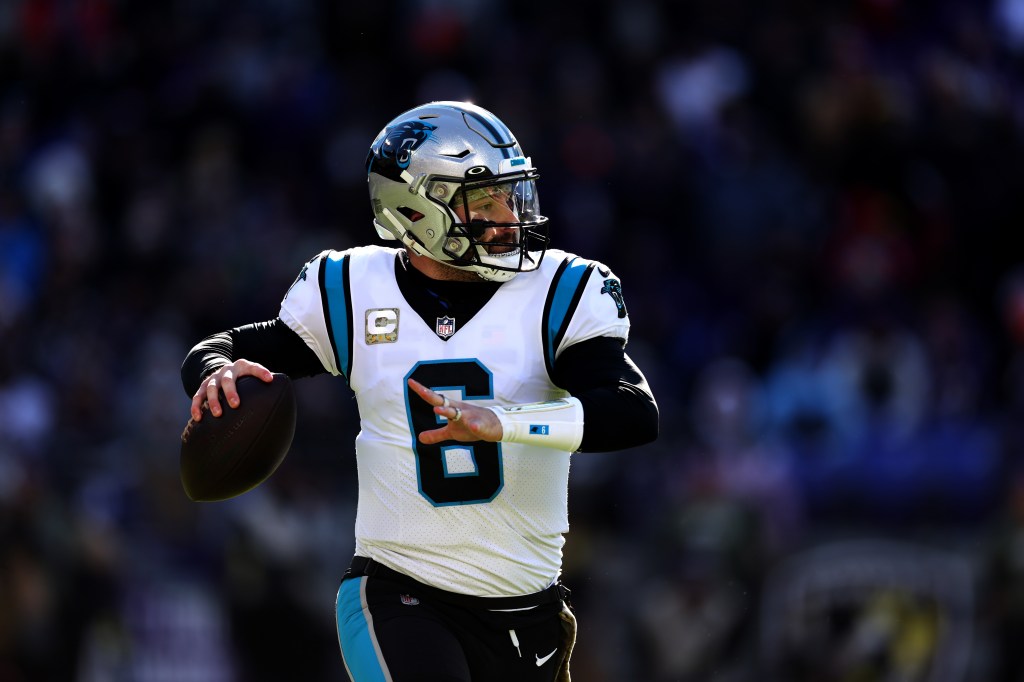 Baker Mayfield and the Panthers lost to the Ravens on Sunday. Getty Images

“You’re uncertain about Justin Herbert but you get on the floor for this CLOWN [Mayfield],” Sharpe yelled. “He’s a bum! He’s trash! And you know it! And every time you bring him up I’m gonna let the world know exactly what he is.”

The Panthers fell to 3-8 on Sunday as they lost 13-3 to the Ravens. Mayfield completed 21 of his 33 passes for 196 yards, no touchdowns and two interceptions. Disregard The Corporate Noise: Disney Will...