In short time, we’ll see whether Rob Manfred can successfully navigate his way through the strongest gust of labor turbulence he has experienced since joining Major League Baseball full-time in 1998.

He’d just better make sure his instruments are updated from 1994-95.

While the baseball commissioner is refreshingly open-minded about changing the way the game gets played, his first words upon implementing his first lockout felt too old-school, as if they were lifted from an episode of “Mad Men.”

Manfred and his fellow men in ownership (they’re pretty much all men), having just locked out the players for the first disruption of any kind since the ‘94-’95 hellscape with Wednesday night’s expiration of the collective bargaining agreement, sound mad at their partners. Like they want the players to take the hit from you, the fans, for reaching this point.

It won’t work. Because it’s 2021. Because the world far better grasps the power dynamic between these two sides to begrudge the short-timers for trying to get their fair share.

Rather than simply express his disappointment over not getting a new collective bargaining agreement done in time to avoid this standstill, Manfred released “A letter to baseball fans” on the league’s website, MLB.com, that cast myriad attacks — with impact, if not intent — on the MLB Players Association’s approach to and attitude about their situation. Three passages stood out as particularly tin-eared and/or disingenuous. 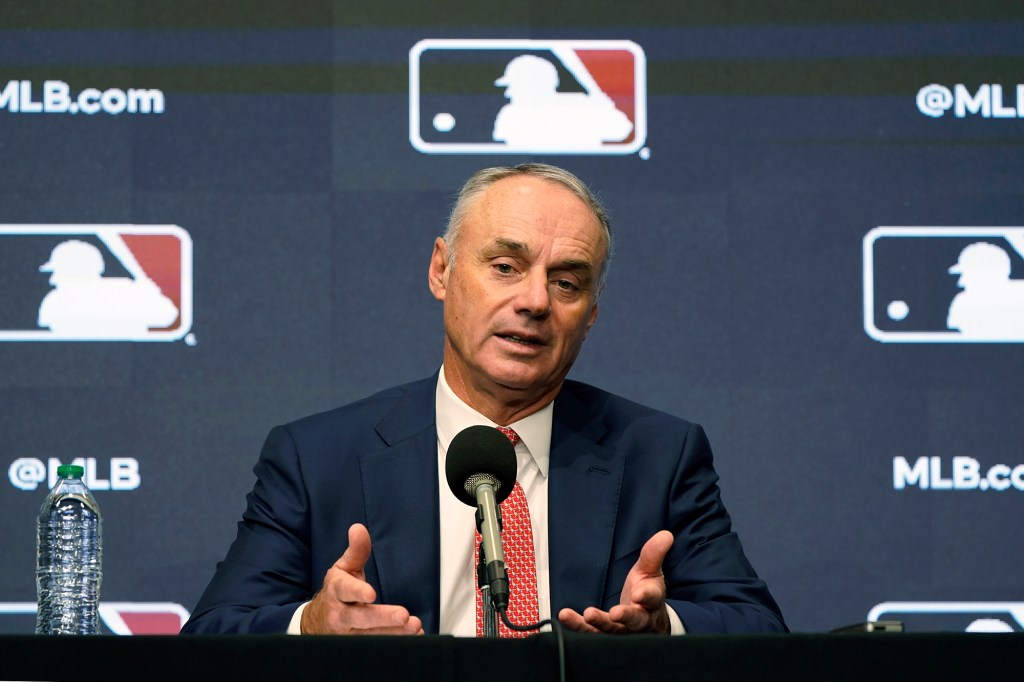 Ron Manfred struck an aggressive tone against the MLBPA in his letter to fans.AP

“From the beginning,” the letter reads, “the MLBPA has been unwilling to move from their starting position, compromise, or collaborate on solutions.” This is an opinion — an assessment, if you prefer — not a fact. Who gains from this? Not Manfred.

In detailing some proposals made during this round of bargaining, the letter mentions an offer “to allow the majority of players to reach free agency earlier through an age-based system that would eliminate any claims of service time manipulation.” While this is true, it’s an incomplete presentation. MLB offered to make all players free agents at age 29 ½ regardless of their service time. Which would be good news for guys like Aaron Judge, who will be 30 ½ by the time he becomes eligible for free agency as per the current system, and far less so for quicker bloomers like Vladimir Guerrero Jr. and Juan Soto, both of whom will be 26 by the time they accrue six years of service. A deletion of mega-deals like 27-year-old Corey Seager’s with the Rangers, good for all sides, stands as far too harsh a price to pay to help some guys get paid sooner.

The letter reads, “When we began negotiations over a new agreement, the Players Association already had a contract that they wouldn’t trade for any other in sports.” The PA built that contract, constructed its admirable home, with its own sweat, blood and intellect, utilizing a combination of immense player sacrifice and the brilliance of attorneys like Marvin Miller, Don Fehr and Gene Orza. For another party to tell them that they don’t sufficiently appreciate their own work, just because they’d like to institute some serious changes to it, rings of paternalism. 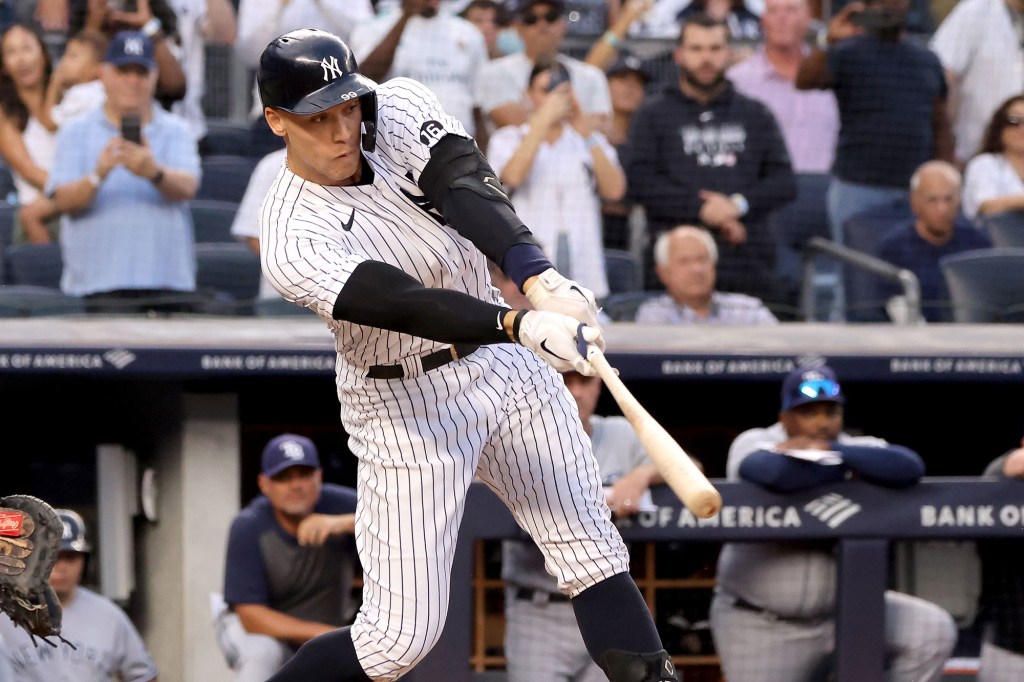 The letter ends on a more conciliatory note, offering, “I do not doubt the League and the Players share a fundamental appreciation for this game and a commitment to its fans. I remain optimistic that both sides will seize the opportunity to work together to grow, protect, and strengthen the game we love.” Meanwhile, Manfred held a pretty bland news conference Thursday morning, declining to scapegoat or judge any further.

From my interactions with fans, for what that’s worth, support has shifted considerably from the billionaires to the millionaires, all the more so in the wake of those millionaires putting themselves in harm’s way during a pandemic.

Manfred’s best chance at landing this plane, at avoiding the disruption of spring training or the regular season, will come not by defending his side’s role in the lockout, but by leveraging the shutdown to a deal. If he’ll never be Mr. Popularity, Manfred can boost his public image by making more proposals and pointing fewer fingers. Yankees will have to fill these roster holes... The biggest thing out of Miami Art Week is...