EXCLUSIVE: As international delegates touch down on the Croisette for what feels like the first “real” Cannes market since the pandemic struck, Olivier Albou is getting ready to hit the ground running. The veteran exec, who heads up sales and production house Other Angle with his wife Laurence Schonberg, has four new films on his slate this year that he’s offering up to international buyers.

The company will be showing footage for Mélanie Auffret’s Sweet Little Things (Les Petites Victoires), starring Julia Piaton and Michel Blanc, about a busy young teacher who’s faced with the challenge of a new student in her class – an explosive 60-year-old man who has finally decided to learn to read and write. Then there’s Jennifer Devoldère’s male midwife feature The Midwife (Sage Homme) starring Karin Viard and Melvin Boomer as well as Jonathan Barré’s Serial Driver (Bonne Conduit) starring Call My Agent’s Laure Calamy, Nicolas Marrié and Grégoire Ludig about a female psychologist who waits for the driver who killed her husband to get out of prison to avenge him.

Other Angle is also bringing Bérénice Béjo, Elodie Bouchez and Emilie Caen starrer Hawaii, directed by Melissa Driegeard, to market. Story follows nine friends who, when on their annual trip to Hawaii, believe their last moments are upon them following a nuclear attack alert. Hidden truths and resentment start to resurface, and their friendly annual meeting soon turns into a shouting match.

The common thread between each of these projects is they are all French comedies and it’s a genre that Other Angle has been quietly excelling at since its inception in 2008.

“We are a small family business and when we started, we knew we couldn’t compete with the well-established, festival and awards-driven French sales agents like Wild Bunch, Memento or Celluloid Dreams and at the time, no one was touching the French comedies, so we decided we were going to take that spot,” Albou tells Deadline. “People thought French comedies wouldn’t travel and the international community wouldn’t be interested in cheesy French humor. But thankfully we were right in our decision to establish ourselves in this genre because every year for the last 15 years we have had at least one or two break out and travel around the world, either through original films or remakes. So, this is really our brand now.” 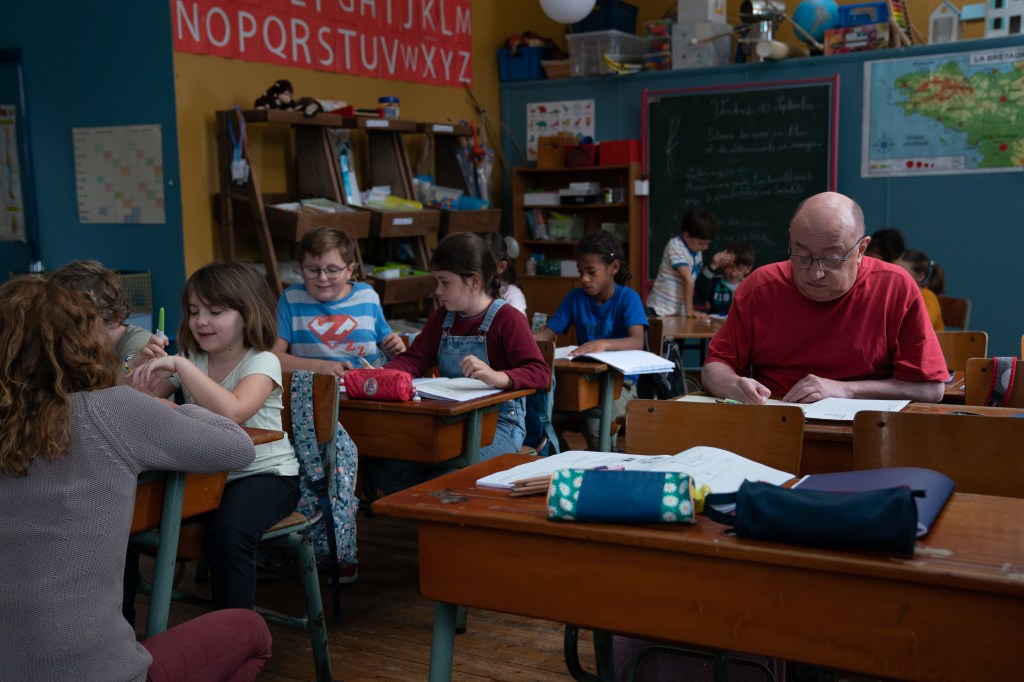 Albou has been in the business for more than 25 years. After leaving esteemed French business school HEC to pursue his passion in film, the exec has worked across a raft of major companies in the industry. He had a stint at French broadcaster M6 and spent five years in sales at UGC International where he sold Audrey Tautou starrer Amelie, which went on to become a worldwide sensation. He also worked in international theatrical distribution for Warner Bros. in Burbank, California.

Taking this wealth of sales and acquisition knowledge from big companies, he and his wife established indie label Other Angle to harness French titles that would have strong local impact. The company struck deals with Orange Films and Mars Films to acquire and sell titles for them. Other Angle’s first title, La Première Étoile, a comedy about a father who take their kids on a ski vacation, had more than one million admissions via Mars Films in its first few weeks of release in France. Shortly after, the company boarded sales for Cannes Directors’ Fortnight title The French Kissers (Les Beaux Gosses) which also went on to become a local success.

“The first year really established us as a specialist of French independent comedies and it was on purpose,” says Albou.

Since then, the company has grown from strength to strength in the commercial comedy space with just Albou and Schonberg holding the reins. It was also behind 2012 title On The Other Side Of The Tracks with Omar Sy, fresh off his breakout role in Intouchables. The title spawned a sequel for Netflix, dubbed The Takedown, which was released on the service May 6.

“It became our biggest sale ever,” recalls Albou of the action-comedy, which sees street-smart cop Sy and a strait-laced officer (Laurent Lafitte) unite to solve the murder of a businessman’s wife. “We sold it worldwide and to the Weinstein Company in the U.S. and to distributors like Senator and Medusa. It really brought us to the next level.”

On The Other Side Of The Tracks earned more than two million admissions in France, cementing Other Angle’s position in the French comedy space. Then, in 2014, Other Angle sold Philippe Lacheau hit comedy Babysitters before it sold remake rights to Universal in Germany.

In addition to sales, the company has produced a handful of films ranging from its first production Italian drama Misunderstood in 2014 to last year’s Jean-Claude Van Damme action-comedy The Last Mercenary, which sold to Netflix. That title, in addition to comedy Spoiled Brats, were among the most successful non-English language titles on the streaming service with more than 50 million views each worldwide.

“Every year we try to have like two or three serious films in terms of subject matters,” Albou says, pointing to this year’s title Simone, A Woman Of The Century a biopic on prominent French figure Simone Veil, which he’s also selling Cannes. “But I also do think comedy is a serious thing. We also try to do one or two English-language movies a year.” 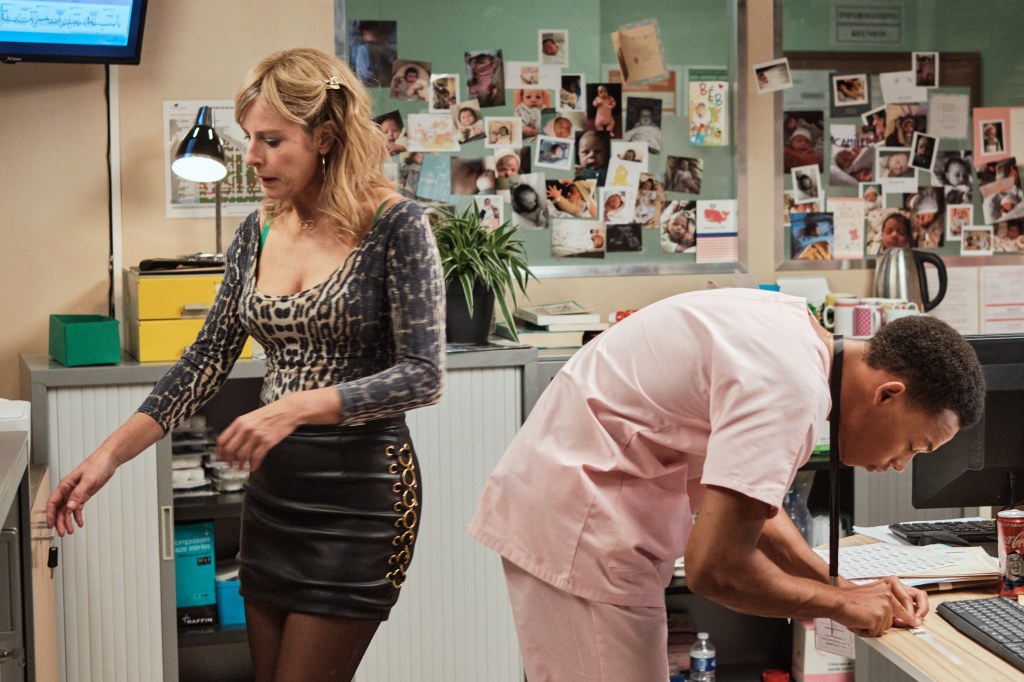 The Midwife Other Angle

For Albou, relationships are important, and he and Schonberg are careful about who they work with. They’ve done repeat business with Marvelous Productions – the outfit behind Simone and Hawaii – since the company’s inception and they had a long-standing relationship with Mars Films before it exited the distribution arena. Additionally, Other Angle has worked several times with production house Les Films Du Cap, most recently on titles The Butcher’s Daughter and Valliant Hearts.

“Making a film is a long process and if you’re going to share this journey you want to have good people around you,” says Albou.

As is increasingly becoming more evident in the international sales sphere, Other Angle, despite being an indie label with just two full-time members or staff, has the clout to step in at an early stage and bring finance to the table. Albou says the company is equipped to financing minimum guarantees so producers can close financing and can also help facilitate with French co-productions and pre-sales.

Recently, Other Angle led a showcase of French comedies at the Fine Arts Theater in Beverly Hills, dubbed The French Comedy Club. The idea behind the initiative was to generate business for French comedies, including via remakes and acquisitions, and to increase awareness of French genre titles for the industry and general public.

The event, says Albou, was a big success and there are plans to introduce a second edition next year. “There is an audience there who enjoy these films, but they just don’t get a chance to see them in the cinemas,” he says.

In addition to selling his slate of titles at the Cannes market this year, Albou will be actively trying to exploit remake rights to the company’s library of commercially successful genre titles and he’s cautiously optimistic of what lies ahead.

“I don’t know what’s going to happen next year,” he says. “Our company is fragile and small and it’s a family business so there is always uncertainty of the future, but this is the nature of the independent film business. You have a film that can kill you. You have a film that can save you. We’re trying to be careful and calculated. We are facing fierce competition from people who have much more money and resources than we do so we must be smart, and we must be good about our relationships.” Dream Match Between ONE Championship's Muay...