After the Yankees closed out Tuesday’s win with a grand slam, Oswaldo Cabrera got Wednesday’s game going with another.

The rookie crushed a first-inning grand slam to set the tone for what became a 14-2 Yankees win over the Pirates in The Bronx.

Cabrera later added an RBI double to give him five RBIs on another strong night for the 23-year-old.

“What a competitor,” Aaron Judge said. “Every single day, day in and day out, it doesn’t matter the score or the situation, he’s up there giving us great at-bats. When he’s playing right field, left field, shortstop, a little bit of first base and just having that versatility with him has been big-time for our success as of late.”

The grand slams by Giancarlo Stanton on Tuesday and Cabrera on Wednesday came in a span of just seven plate appearances. According to STATS, it marked the third time in MLB history that a team has hit a grand slam in the final inning of one game and another in the first inning of its next game. 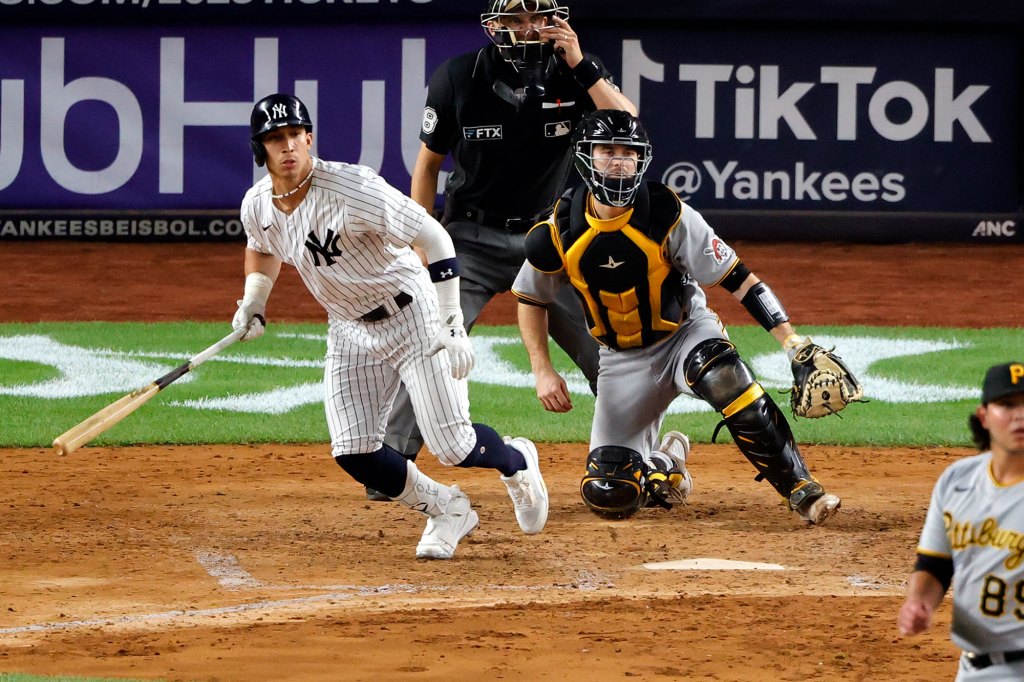 “I feel so amazing,” Cabrera said of his first month as a big leaguer. “We are playing good right now. We are trying to compete every day.”

Cabrera started in left field for just the third time in his pro career, and despite a ball that rolled around in the left-field corner that allowed a double to become a triple in the sixth inning, the Yankees continue to benefit from his daily presence in the lineup.

“He’s done it a little bit different,” manager Aaron Boone said. “He’s gotten some clutch hits for us. He’s hit the ball out of the ballpark a few times now. And I don’t think you can say enough about how well he’s transitioned to the outfield.”