Peacock released the trailer Wednesday for a two-part documentary about the darkness surrounding the legendary kid’s show “Barney & Friends.”

Friendly faces like Bill Nye and Al Roker are interviewed for “I Love You, You Hate Me,” but so are former actors David Joyner and Bob West — who both donned the purple dinosaur suit during the show’s run from 1992 to 2010.

They both provide not-so-jovial recollections about their time as Barney — West even alleging that his entire family received death threats.

“They were violent and explicit, death and dismemberment of my family,” he recalls on top of video of Barney stuffed animals being lit on fire. “They were gonna come and find me, and they were going to kill me.”

Another interview subject talked about some of the “rumors” he heard about the costumed character, including that he hid “dugs in his tail.” 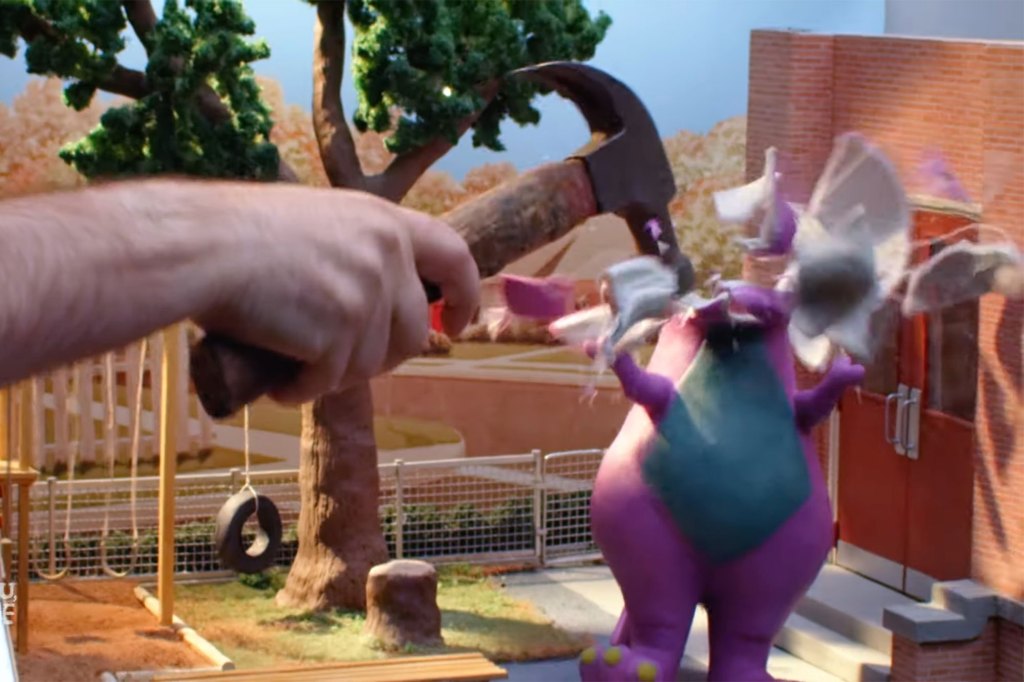 The doc explores the intense hatred toward the purple dinosaur.Peacock 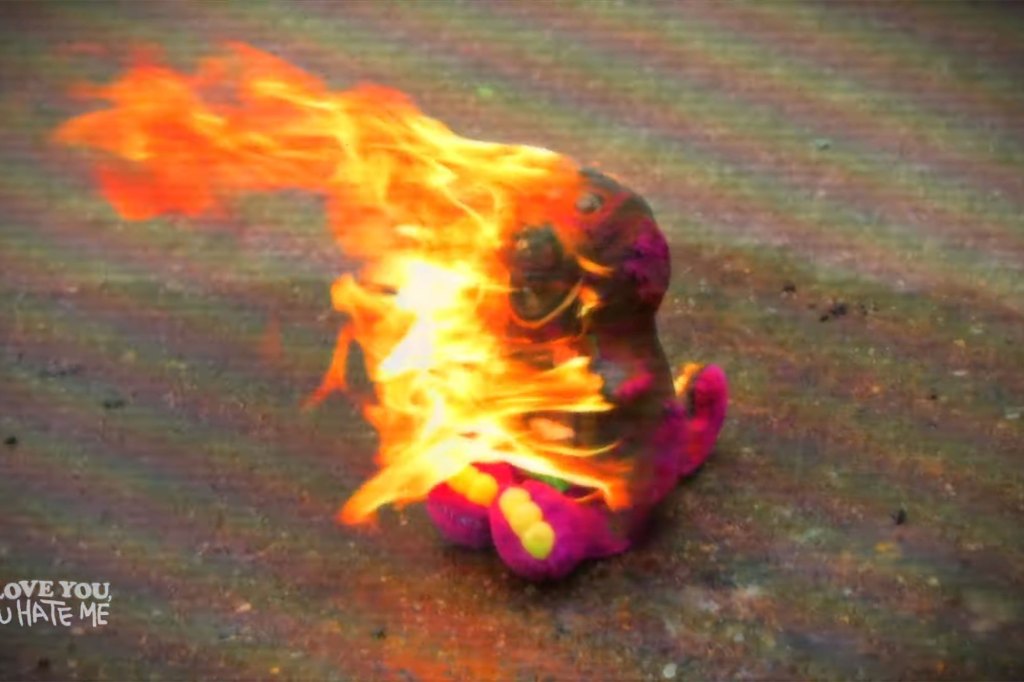 Stuffed Barneys are set on fire and cut up in the trailer. Peacock

The trailer ends with a woman saying, “I don’t think you could ever think somebody would go and shoot someone.”

This could relate to “Barney” founder Sheryl Leach’s son, Patrick Kearns Leach, who was charged with one count each of assault with a firearm and shooting for allegedly shooting his neighbor multiple times after an argument in 2013. He pleaded no contest and was sentenced to 15 years in prison, according to Patch.

The doc “unpacks how a children’s character who stood for inclusion, understanding, and kindness birthed a movement of anger and criticism that threatened the show, its creators, and their futures,” according to Joel Chiodi, the head of documentaries and SVP of strategic development at Scout Productions. 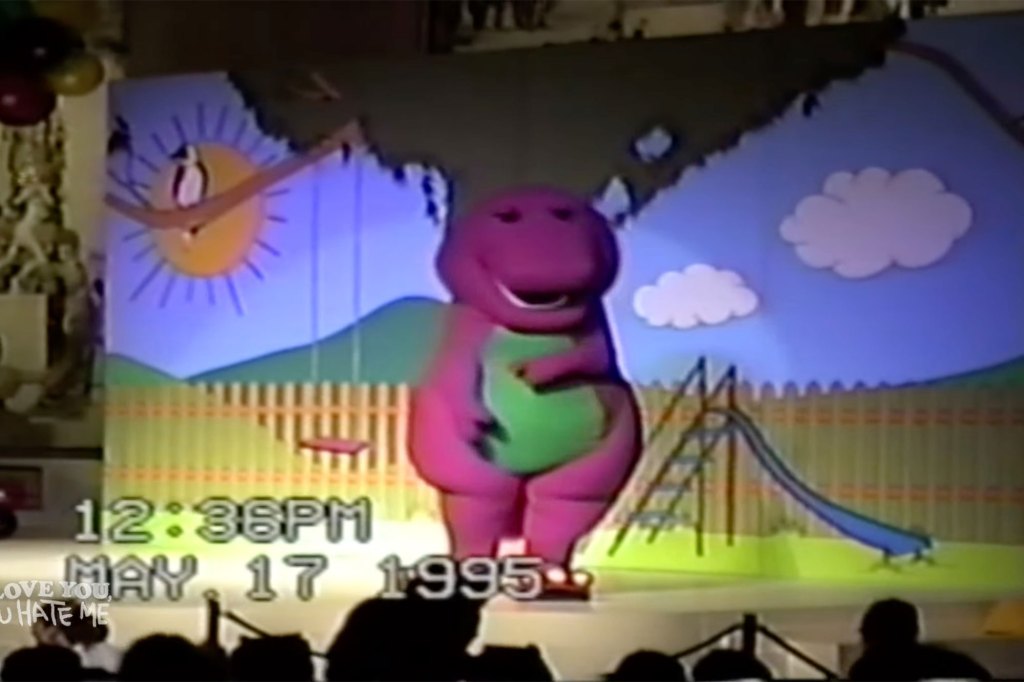 Two men who wore the Barney suit are interviewed in the tell-all. Peacock 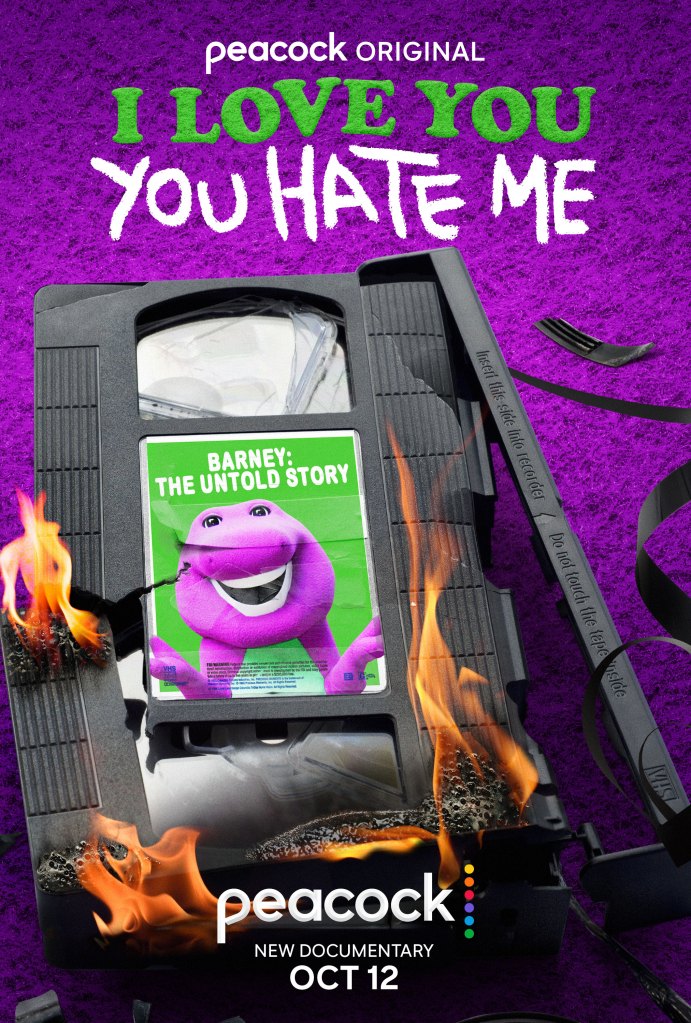 The two-part documentary streams on Peacock on Oct. 12.

“As it spotlights the beginnings of modern-day hate culture, this documentary traces the creation of the character and how it took a toll on the people closest to it, examining the surprising and lingering impact the ‘Big Purple Dinosaur’ left on American society,” he added.

“Barney came out on television when I was just 10 years old, and I admittedly didn’t understand him,” director Tommy Avallone said in a release. “As a teenager, for one of my birthdays I asked my aunt to make me a Barney costume, so my friends and I could beat him up on camera.

“Several years later, creating this docu-series, it feels good to be on the other side and no longer a Barney hater. Now having children of my own, I understand all the love that went into making the purple dinosaur,” Avallone added.