Nathaniel Hackett’s regular season debut as the Broncos’ new head coach ended with many in shock.

And not the good kind.

Trailing late during the team’s “Monday Night Football” game against the Seahawks — which also featured Russell Wilson’s return to Seattle — the Broncos were driving while trailing 17-16.

On third-and 14, Wilson completed a short pass to Javonte Williams for nine yards to bring Denver to the Seahawks’ 46-yard line with 1:11 left, facing a fourth-and-5 while still owning two timeouts.

Hackett decided against allowing his offense, and prize of their offseason blockbuster trade in Wilson, to go for the first down. Instead, he opted to run the clock down to 20 seconds, call a timeout and attempt a 64-yard field goal with Brandon McManus to take the lead. 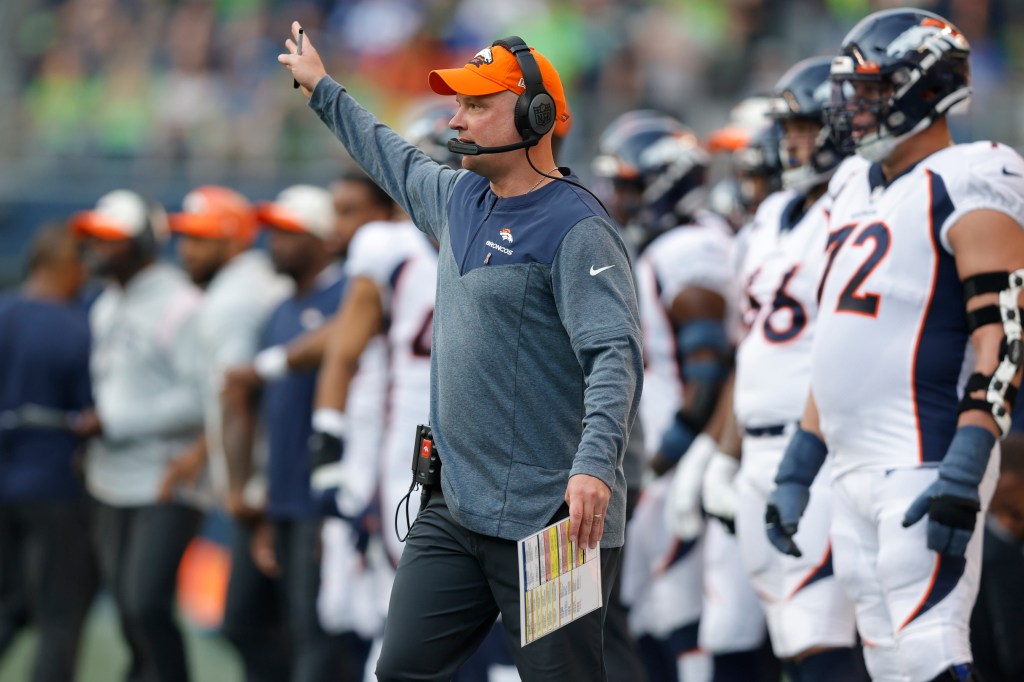 Nathaniel Hackett signals from the sideline during the Broncos’ loss to the Seahawks. AP

McManus’ kick missed wide left to seal the Seahawks’ 17-16 win, and Seattle even gave Hackett a second chance to rethink his decision. Seahawks head coach Pete Carroll called a timeout to ice McManus before he missed a kick that didn’t count, but it apparently wasn’t enough to dissuade Hackett.

“I was happy he got that one [kick that didn’t count] out of the way,” Hackett said. “I thought he had plenty of distance on that one, I just thought we were gonna be able to make that. I have confidence in him, and if we have to put him in that situation again, I think he’ll be able to make it.”

Hackett’s decision was scrutinized — and largely questioned — after the game.

“I was surprised by it,” color analyst Troy Aikman said on ESPN after the game. “We [Joe Buck and I] were surprised by it. We were caught off guard by the time out. Like everybody, we couldn’t quite understand why they were letting so much time come off the clock. They went with McManus and that was the decision Hackett made. He trusted McManus’ leg more than he trusted Russell Wilson to be able to convert there on fourth down. That will be heavily dissected as we move through the week and it won’t sit well with Russell Wilson.” 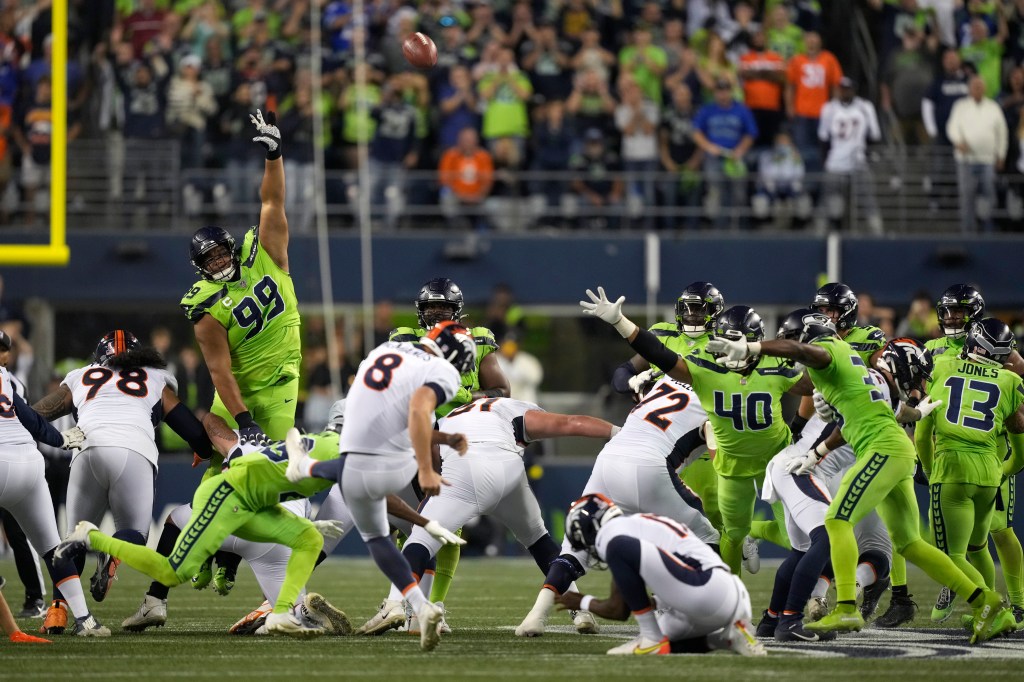 Aikan’s broadcast partner Joe Buck still believes Hackett and the Broncos will be a good marriage, but the call left him in disbelief.

“It was shocking, once we came out of that little moment on camera to look down and there’s McManus,” Buck said. “They didn’t have to try this desperate field goal. And this is why you make a deal to get Russell Wilson in my estimation. …. This is a weird ending to this game to game say the least.”

Here’s some other reaction to Hackett’s controversial decision:

So, Nathaniel Hackett really decided to settle for the 64 yarder?? Don't worry he used his TOs when the Seahawks were taking a knee…brutal!

Letting 39 seconds run, taking a timeout, and attempting a 64-yard field goal (and then insisting on using your two timeouts and wanting the clock wound back after you fail) is about as bad as it gets in 2022. https://t.co/lM02BQrqh2

I’m absolutely stupefied by that decision by Hackett. I really don’t know if I’ve ever seen anything like that.

Just decided he had a better chance of his kicker making the 2nd longest field goal in NFL history than he had of his quarterback picking up five yards!

The clock management was terrible for the Broncos. Wow.

When you bring in Russell Wilson, you go for it on that 4th down. That was his moment, at his old home to be special or fail and they put it in the hands of the kicker. The BALL SHOULD HAVE BEEN IN RUSS’s hands.

Nathaniel Hackett had the worst NFL debut since Urban Meyer

What a colossal embarrassment

Uninspiring to say the least

Nate Hackett is making $4 million and is surrounded by support personnel in the hopes that he can conclude that trying to make the second-longest FG in NFL history instead of 4th and 5 with a savior QB MIGHT be a bad strategy. We won't even get into the timeout thing.

Hackett and the Broncos come back home to face the Texans next Sunday. Mets need to wake up at plate as things will...