It was the top of the second inning, the Citi Field scoreboard reported Atlanta 8, Mets 0 and you could at least take solace in the fact that at least the team wouldn’t need Edwin Diaz in this one.

But even if the closer had not been unavailable 24 hours after recording the first six-out save of his career in Thursday’s 6-4 victory over the Braves, it seemed as if he’d be as useless as a hand warmer on Jones Beach this week.

Until you got caught thinking, well, Seth Lugo can close.

Ultimately, Lugo was not necessary in what became a 9-6 defeat. No need for a closer. But the fact the Mets kept coming and coming and coming, this was not all that much of a surprise for a group that has all the possibilities straight out in front of them. 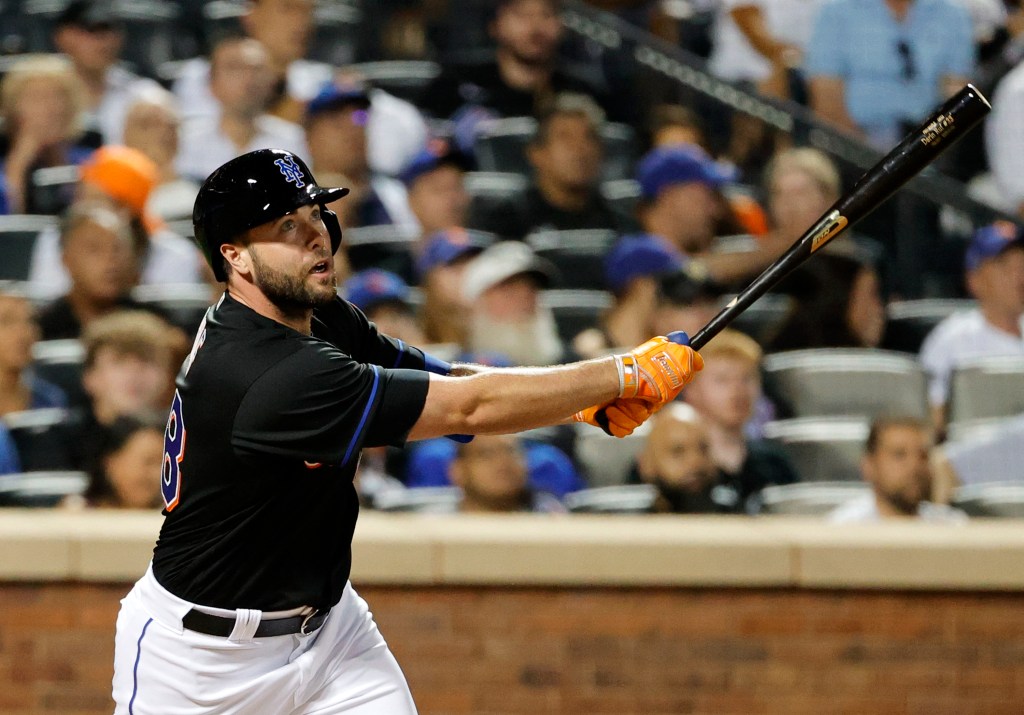 Darin Ruf connects on an RBI double in the fifth inning. Jason Szenes

That would be Taijuan Walker, so reliable through the year, who faced only 12 batters. Nine reliably reached base, including one on an infield error. He yielded eight runs on seven hits, allowing two home runs and two doubles while hitting a batter. His ERA jumped from 2.79 to 3.45.

“It just wasn’t a good day for me,” Walker said. “I don’t want it to happen in a big series like this, but it did. I didn’t do my job and the bullpen had to wear it, which I’m not proud of.”

The majority of the season’s happy recaps has been rooted in the rotation. Indeed, the Mets’ starters had recorded a 2.01 ERA since Max Scherzer’s July 5 return from the injured list.

That was before Friday’s misadventure in which Walker became the club’s first starter to last fewer than five innings since David Peterson —set to start the opener of Saturday’s day-night doubleheader before Max Scherzer goes in Game 2 — lasted just 3 ²/₃ in Cincinnati on July 6.

But disaster was averted when Trevor Williams took the baton from Walker and was able to carry it through the fifth inning. Meanwhile, the Braves were forced to go to five relief pitchers in a game they’d led by eight runs in a blink of the eye.

In other words, it could have been worse. 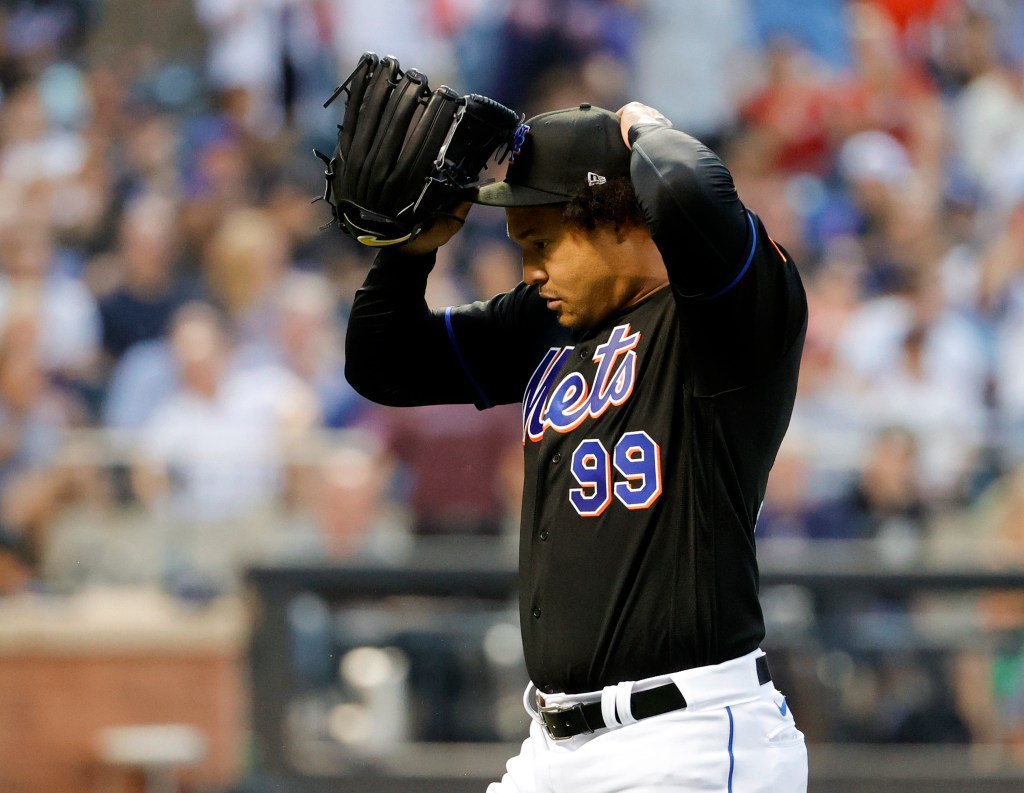 Taijuan Walker reacts after being taken out of the game. Jason Szenes

“You’re starting to see the finish line and you see the number of games left starts with a ‘5,’ ” said Showalter, whose team goes to Atlanta for four games commencing Aug. 15. “When it gets to August and September there are changes and different things I do.”

Such as Diaz on Thursday.

Because the Mets added four players in Daniel Vogelbach, Tyler Naquin, Darin Ruf and Mychal Givens by the deadline while also activating Jacob deGrom for the first time this season and following that up by restoring James McCann to the active roster for the first time in nearly a month. Trevor May is back in the pen after three months on IL.

Vogelbach and Naquin have each hit two home runs. Ruf, whose full name seems to be short a couple of consonants, ripped a two-run pinch double in the fifth inning in his Mets debut to bring the team within 8-4.

That represents a makeover of more than a quarter of the roster. That’s almost an upheaval for a team that entered Friday a season-high 29 games over .500. It lengthens the roster and it gives Showalter more weapons and options. But there is always the chance that multiple moves can upset a team’s chemistry. Science experiments, yo.

“The schedule each day dictates, you’re trying to put your best foot forward but also think about doing things that make you a good, well-rounded team,” Showalter said. “It’s one thing to have something you want to take advantage of but [a player] also [has] to be able to play enough to be able to deliver that.”

The Mets have embraced the change. The Mets are the change. One night on which the starting pitcher imploded does not change that. Massapequa team on brink of magical run to...