Cunningham led the fifth-seeded Mercury during a third-quarter turnaround and Skylar Diggins-Smith finished with a team-high 22 points, Brittney Griner had 16 points and 10 rebounds and Turner finished with 12 points, nine rebounds and five assists.

Phoenix, which was 19-13 in the regular season, will travel to face No. 4 Seattle in second-round game Sunday. Mercury star Diana Taurasi missed a fifth consecutive game because of an ankle injury.

Betnijah Laney had a game-high 25 points, Natasha Howard had 16 points and 10 rebounds, Sabrina Ionescu added 14 points and 11 assists and Rebecca Allen scored 11 to lead the eighth-seeded Liberty, who were 12-20 in the regular season.

The score was tied five times in the fourth quarter before Howard made consecutive baskets to give New York a 75-71 lead. 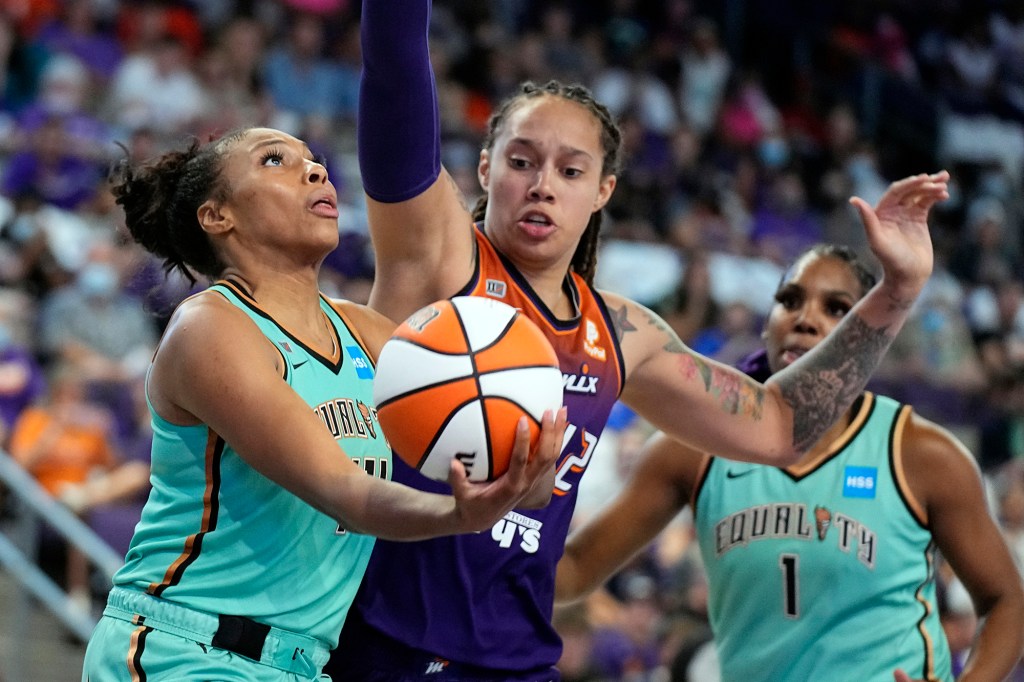 Betnijah Laney take a shot for the Liberty.AP

Cunningham made a 3-pointer but Allen answered with a jumper for a 77-74 lead with 2:42 remaining.

Diggins-Smith’s 3-pointer tied the score at 77 just over a minute later, but Ionescu answered with a basket for the Liberty’s final lead with 1:29 left.

Laney’s 3-pointer tied the score with 2.7 seconds left before Turner was fouled while attempting a layup and made the second of two free throws. Ionescu’s desperation 3-pointer fell well short at the buzzer.

The Liberty increased their four-point halftime lead to seven before Cunningham converted a four-point play and made two more 3-pointers as Phoenix took a 56-52 lead.

The Mercury increased the lead to five before settling for a 60-58 lead at the end of the period.

Phoenix led by 11 points before finishing the first quarter with a 24-23 lead.

The score was tied once and the lead changed hands three times before a 5-0 run left New York with a 41-37 halftime lead. Yankees may find it hard to play Luke Voit in...