Kevin Durant doesn’t seem to be the only Nets player not enamored with the leadership stylings of GM Sean Marks and coach Steve Nash.

A source close to the Nets organization indicated Kyrie Irving is none too pleased with the pair, either.

“Kyrie Irving hates these guys,” the source told The Post’s Josh Kosman. “He feels that Nash is terrible and Marks is bad.” 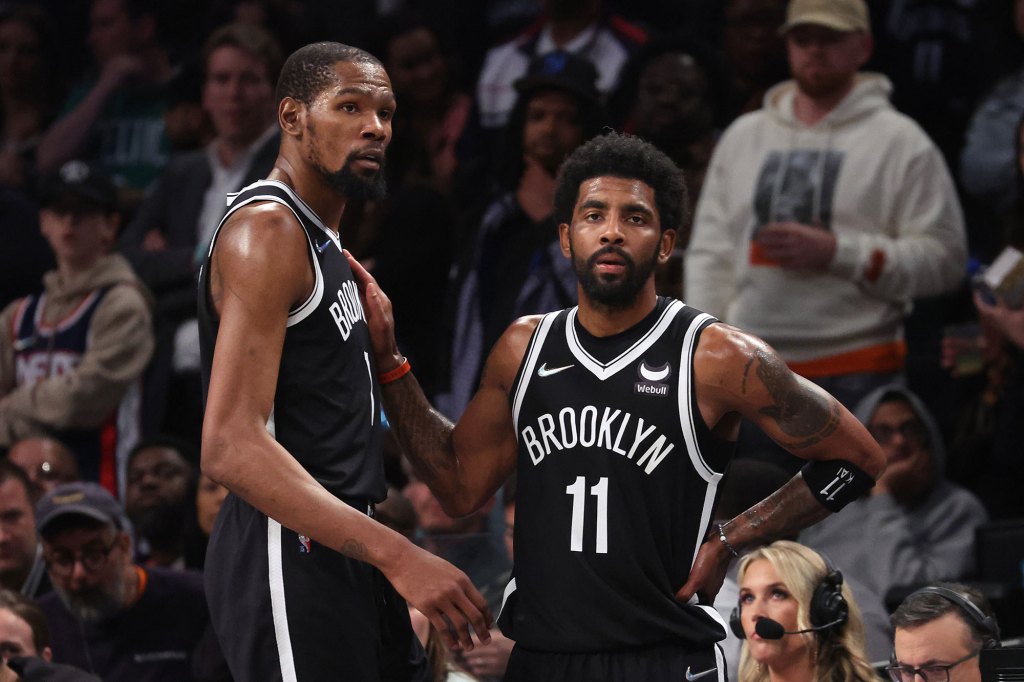 On Monday, The Post confirmed The Athletic’s report that Durant told Tsai that the Nets head honcho had to choose between the 12-time All-Star or his coach and GM. The face-to-face meeting in London came after Durant requested a trade out of Brooklyn, a year after signing a four-year, $198 million contract extension.

The Nets effectively banished Irving from being around the team due to his COVID-19 vaccination status and local mandates until December of last season. The mercurial guard’s murky status played a major role in derailing the season and caused James Harden to request a trade out of town.

Irving picked up his one-year, $36.5 million player option on June 29, with Durant requesting a trade a day later. Yankees now looking rather ordinary after...