Joe Burrow will miss the preseason entirely with a focus on returning for the regular season opener after an appendectomy which has kept him out for far longer than expected.

That is because Burrow’s appendix ruptured last month prior to his July 26 surgery, he told reporters on Wednesday, when he participated in team drills for the first time since the operation. 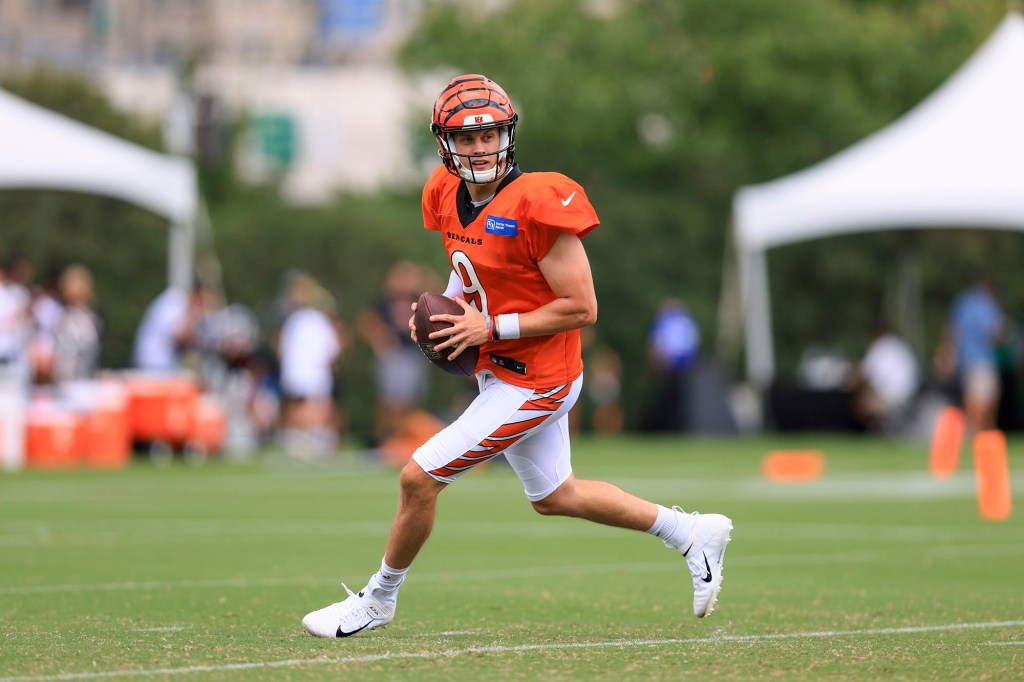 Joe Burrow rolls out to throw during Bengals training camp in Cincinnati.AP

“It wasn’t normal appendicitis that you hear about,” Burrow said. “I didn’t really feel much. Just getting checked out and had some discomfort so we thought we’d get it checked out. Turns out I had it. So we had to get it fixed.”

Burrow declined to say how much weight he has lost due to surgery. He participated in individual drills and throwing reps in seven-on-sevens for the first time on Sunday, but said he lacked velocity throwing the ball.

“When they cut into you and do all that stuff your core is going to lose some muscle and some strength just getting that back,” Burrow said.

Burrow has some experience with a limited preseason — he played only one series in the preseason last year while coming back from knee surgery.

“I think it will be OK,” Burrow said of returning to form by the time the Bengals play their first real game, against the Steelers. “We have a good plan as far as nutrition and weight room and all that stuff. I feel good right now and just going to keep feeling better.”