Italian Content Boom Confirmed As Producers Study Shows Investment Topped $1.4B in 2021, For 37% Increase Since 2017 Original Italian film and TV shows drew a record €1.4b ($1.38b) in investment in 2021, according to a new study by local producer body APA.

According to the report unveiled at Italy’s MIA Market last week, there was between €1.42b to €1.47b ($1.38b-$1.43b) in investment in original Italian TV and film productions last year.

The association said this “conservative” estimate was 37% more than in 2017 when investments came in at €1b ($980m).  The report calculated a compound annual growth rate (CAGR) in investment of 8.2% over the four years to 2021.

Breaking the figure down, the study showed that roughly 70% of the investment had gone into productions destined for release on traditional broadcast networks or streamers.

Series and films produced for broadcast or online release accounted for €663m ($646m) of the investment; non-fiction TV programming such as entertainment and documentaries received €360m ($351m); and animation, €47m ($45m). An estimated €350-400m ($341m-390m) had been invested in feature films for theatrical release.

Looking specifically at investment in drama series and films for TV and online, investment was forecast to hit €806m ($786m) by 2025. This was on the basis of a conservative forecast of 5% CAGR, instead of the 13% witnessed from 2017 to 2021

The APA report confirms the recent production boom in Italy led by the entry of global platforms into the market and underpinned by the country’s generous 14% tax rebate scheme for productions shooting there.

Former top Rai executive and APA president Giancarlo Leone told the MIA presentation on Friday (October 14) that the figures were broadly positive but warned that the recent levels of growth would not continue at the same pace. 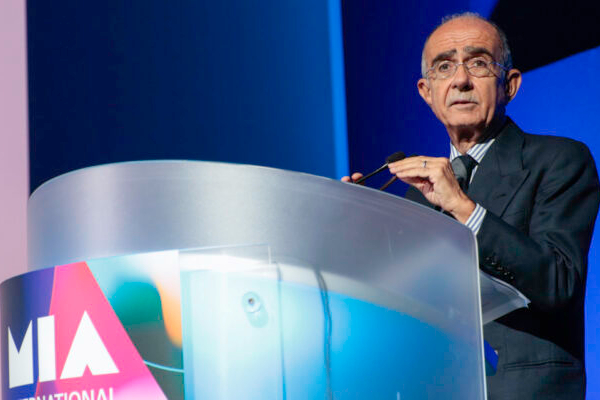 “We’re getting to the close to the top” he commented.

He suggested that once growth plateaued the objective should be to consolidate investment and activity around the high levels achieved in recent years.

The theatrical sector generated €170m ($165m) as it struggled to return to health in the wake of the Covid-19 pandemic, the report said.

Leone said it was encouraging to see that for the TV sector the rise in revenues was in step with the increased investment but added it was a metric that needed close monitoring.

Leone said the rise in the average hourly cost was due partly to rising costs of goods and services but also due to a drive to produce higher quality productions, often with international ambitions.

Looking at the 570 hours of fiction on offer in Italy in the 2021 to 2022 TV season, running September to September, Rai accounted for 74% of the offering, followed by Sky and Mediaset with 8% each, then Netflix, with 6% share, and Amazon with 3% and Disney, 1%.

Rai’s biggest Italian language dramas of the 2021-2022 season were the 1960s arranged marriage drama The Bride, the second season of Medical Report about a doctor suffering from amnesia, and the long-running priest detective series Don Matteo.

The streamers are expected to take a bigger share of the market going forward, with the report suggesting that the value of investments by the platforms was likely to converge with that of the traditional broadcasters by 2025.

The study also featured insights into the international careers of Italian original content, carried out in partnership with film body Anica.

The data, which was announced in an earlier presentation by Anica, showed that the number of original Italian dramas and films securing some sort of international distribution had more than doubled between 2017 to 2021.

The report also explored the workforce in the audiovisual sector.

Overall, 111,235 professionals were making a living through the sector in 2021. Within this, 47,014 people were classed as independents and 44,075 as company employees, with the remainder in professions connected to the sector.

Looking at gender representation within the different professions in the sector, the study found that while woman were in the majority in make-up and hair departments, they accounted for just 23% of the technical crew and 12.4% of skilled operators such as cinematographers. ‘House of the Dragon’ fans react to ‘really...