How the new NBA app could change the sports distribution game

Last week, the NBA announced its new “reimagined all-in destination global app” that it basically wants to make a one-stop destination for the league’s fans worldwide.

It could become a very big deal because of the idea of one digital storefront to sell the rights to view all of the league’s games, the implications of Sinclair potentially heading into bankruptcy and what the app could mean for the next national TV rights negotiations.

Let’s go through it.

What the NBA announced: Here are some of the highlights of what the app will feature:

• It will be available globally.
• Wall-to-wall content from every game.
• Continued development of alternative ways to view games.
• Behind-the-scenes access to players and teams.
• Access to NBA League Pass with a new low price of $14.99 per month or $99.99 for the whole season.
• Access to classic games.

Let’s put our two index fingers up Windhorst-style and say, “Why would the NBA do that?”

1️⃣ The nature of distribution has changed, which has resulted in those with the most vital content having more power. The internet has created the chance for an individual or a business to reach the whole world at scale without needing another delivery service.

Though a content provider such as the NBA still can enjoy the fruits of the old model — and does, via its cable and broadcast TV deals — it can increasingly see a world where it can go direct-to-consumer or, at least, position that option as a threat to the old model to leverage even more billions of dollars in future deals.

2️⃣ This is happening while the cable model is under extreme pressure, especially with Sinclair Broadcast Group flirting with bankruptcy. This is a pressing issue for the NBA, MLB and the NHL because Sinclair owns the local broadcast rights to the games of 16 NBA teams, 14 MLB teams and 12 NHL teams. 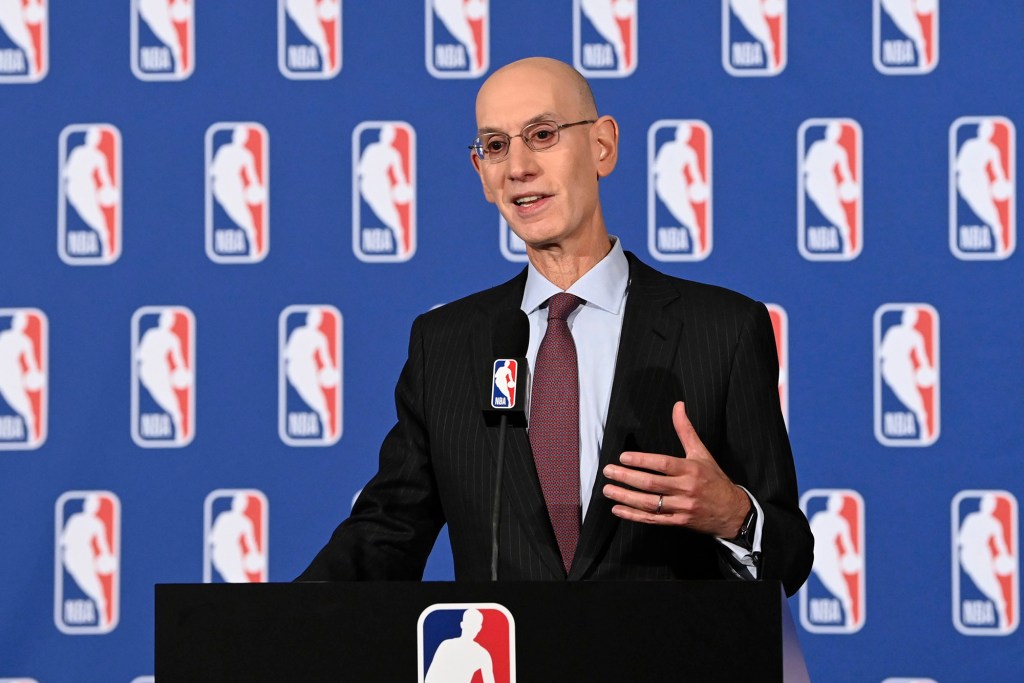 The NBA, under the guidance of commissioner Adam Silver, increasingly could look to cut out the middleman in how it distributes its own content.NBAE via Getty Images

3️⃣ The NBA recently “helped” Sinclair with its re-financing while granting Sinclair the rights to stream the games of teams for which it already owned the cable rights.

Why would they do that? Well, I don’t know the intricate details of the deal, but my understanding is the NBA could take back the broadcast rights of   (including the Mavericks, Heat, Bucks and Clippers), which would help the league develop a direct-to-consumer model. The aforementioned app could be at the center of the offerings.

4️⃣ The NBA is watching what MLS is doing with Apple. Apple will sell MLS subscriptions all over the world. Though it is debatable whether this approach will work with MLS, which is merely a top-10 league in the world and nowhere near the best, the NBA is one-of-one in professional basketball. The NBA could take an iTunes approach, selling subscriptions out of one store (with no real middleman because of the reimagined app-based distribution center). 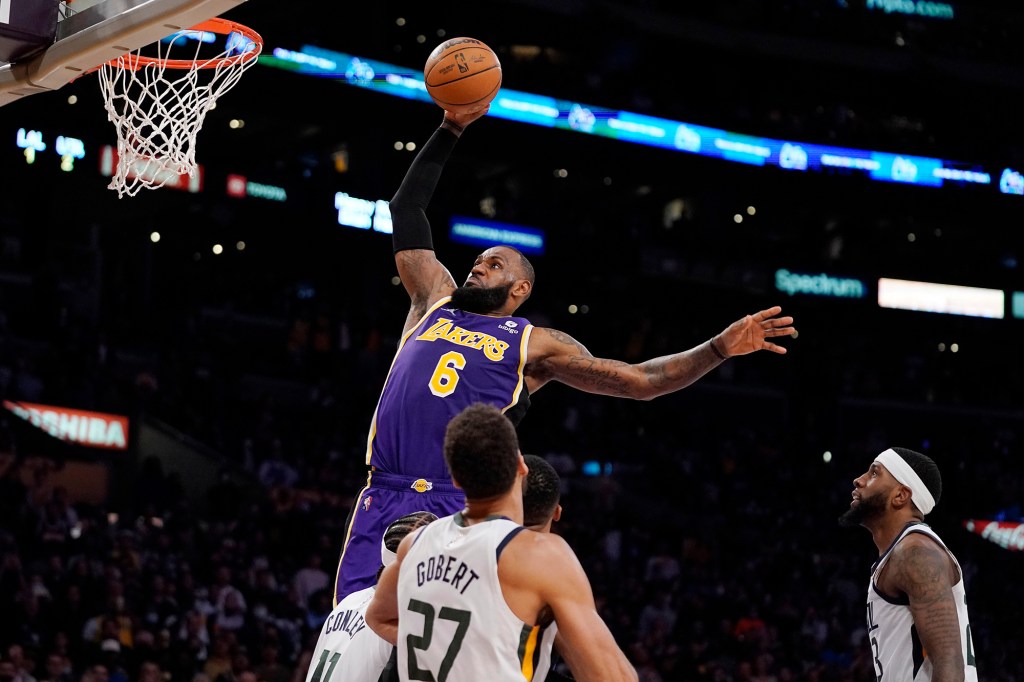 How do younger NBA fans consume LeBron James content? By watching entire Lakers games or by engaging with his highlights on social media?AP

The NBA could do this with a lot of partners or just one. The incumbents, ESPN and Turner (which is already a partner on the app), plus Apple, Amazon and who knows else could be partners. The NBA could try to go it alone, too, though, I doubt it will.

5️⃣ Let’s be clear: ESPN/ABC and Turner Sports (or a similar entity) aren’t going anywhere. The NBA’s next rights deal in 2025 will include networks with broadcast television being the platform of choice. But it would be surprising if, at the least, a third package is not added. And major changes to how we pay for and view local games are most definitely in play over the next decade, maybe much sooner.

6️⃣ Dating back to the late commissioner David Stern, the NBA historically has been very good at figuring out the market. It understands that a younger set of fans takes in sports differently. You can see that in the app announcement. It is not just about watching full games. It is about creating a hub for the NBA experience and different ways to view games and highlights. It is trying to put the fan — especially the younger fan — first. It is increasingly a problem for sports – and the NBA it is at the forefront of this issue – that the regular season has lost importance and if LeBron James does something spectacular, the highlight is everywhere on social media in moments. The incentive to watch a game live is not as great as it once was, and the NBA does not control the relationship if the highlight is viewed on Instagram.

7️⃣ The NBA used to have two apps, one for the domestic audience and one for the international audience. Now it is trying to have one-stop shopping. What digital distribution allows businesses to do is to open up a store that is as easily available in Boston as in Bangladesh as long as customers can access the internet. The NBA has grown the popularity of its sport internationally for a long time. It could sell its games directly to consumers around the whole world. 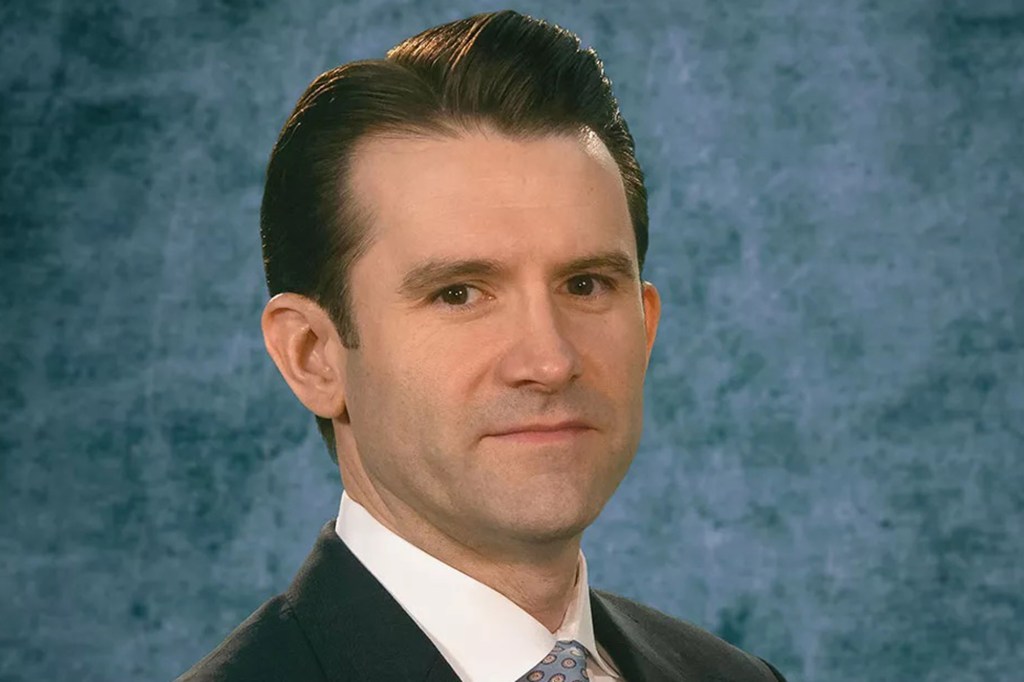 8️⃣ The NBA could change how it produces local games. If regional sports networks (RSNs) eventually disintegrate, the NBA could try to do everything in-house, producing and broadcasting the games in a central way. And sell them that way, too.

9️⃣ The NBA also could create its own subscription service that may work in conjunction with RSNs. So there could be an overall subscription for all the games, including your local ones, but there also could be an offering just for Knicks games, for example, in which the rights holder (MSG, in this case) would see most of the money. The NBA could create its own front door to directly reach fans and/or negotiate with cable companies if cable stays viable.

1️⃣0️⃣ Though a form of the plan we have outlined very well could happen, it wouldn’t surprise us if the NBA just uses this as leverage.

1️⃣1️⃣ To be clear: The league actually probably wants Sinclair to survive and thrive because, while this is all well and good, the RSN system is still very sweet for the NBA. 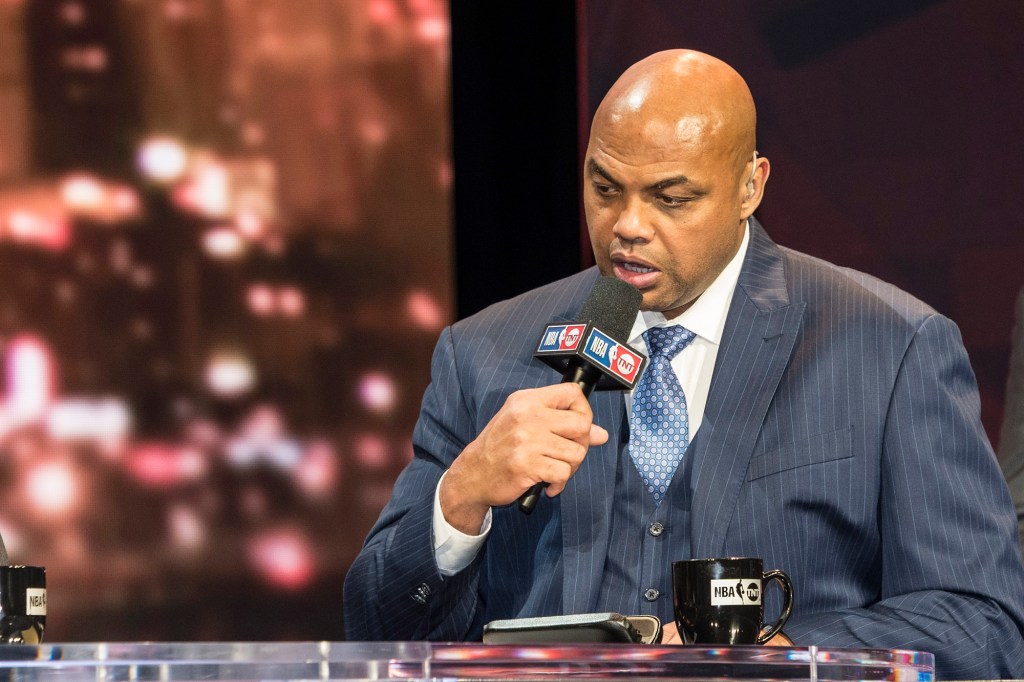 Cable partners such as Turner Sports, starring Charles Barkley in studio coverage, still figure to be part of the NBA’s next broadcast rights deals.Damairs Carter/MediaPunch/IPx

Last shot: The digital disruption of distribution has given the biggest and strongest global content providers enormous power.

NBA Finals ratings are still important, but there is a new game emerging.

So put up your Windhorst index fingers and ask yourself about last week’s announcement of the all-in-one NBA global app and say, “Why would the NBA do that?”

It is a hint of what is potentially coming with the 2025 TV rights negotiations around the corner. 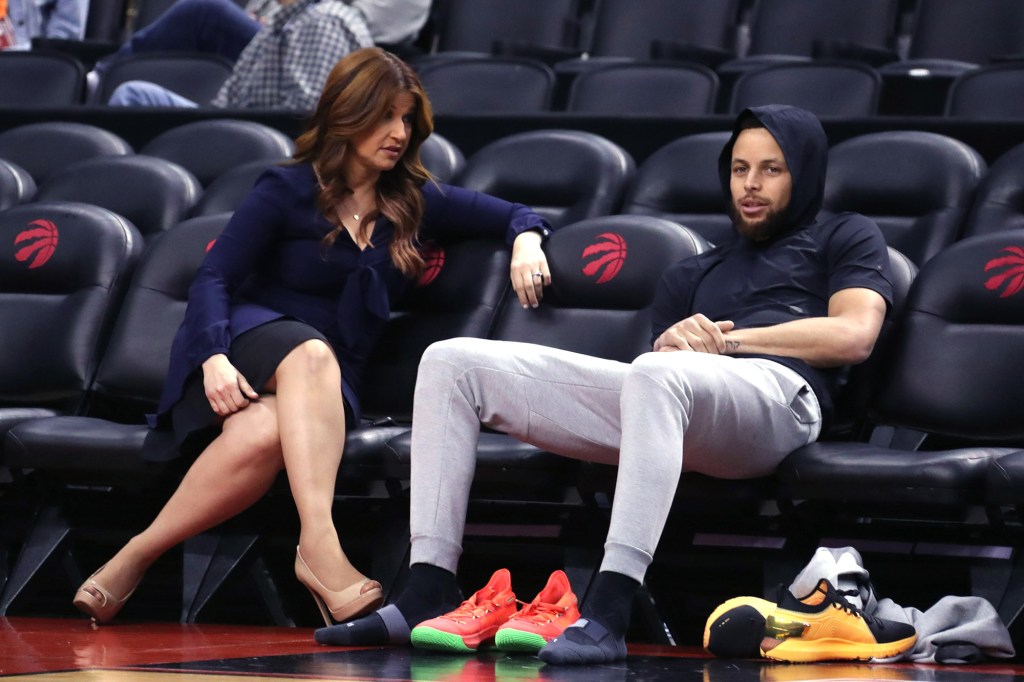 Rachel Nichols’ comeback from her ESPN dismissal began by giving one interview … with an affiliate of her new employer.NBAE via Getty Images

Amazon missed big at halftime Thursday by failing to address that injured Dolphins quarterback Tua Tagovailoa potentially had suffered another concussion just four days earlier. It needed to move faster to address the situation. It did find its footing in the post-game as Michael Smith, who before becoming a semi-hot taker made his way up as an NFL reporter, giving strong details about the NFLPA’s Tua position. Ryan Fitzpatrick and Richard Sherman continue to shine. Good combo. They got at the uncomfortable truth: Everyone wants to do the right thing, but they also want to win. Meanwhile, Tony Gonzalez may set a record for consecutive weeks of saying nothing. … If Rachel Nichols wants to be thought of as a journalist — and to fully move on from how her ESPN tenure ended in her removal after her private conversations about the network and race were made public — she probably should not only do interviews with a company that just hired her, as she did with Showtime. That comes across more like PR. … When things change in coverage, it sometimes happens very slowly, but ESPN extending JJ Redick for three years and TNT hiring Jamal Crawford to replace Dwyane Wade on its Tuesday night studio show could be significant down the road. As the next generation of analysts take hold, Redick and Crawford might end up being in the middle of the wave for an extended period. 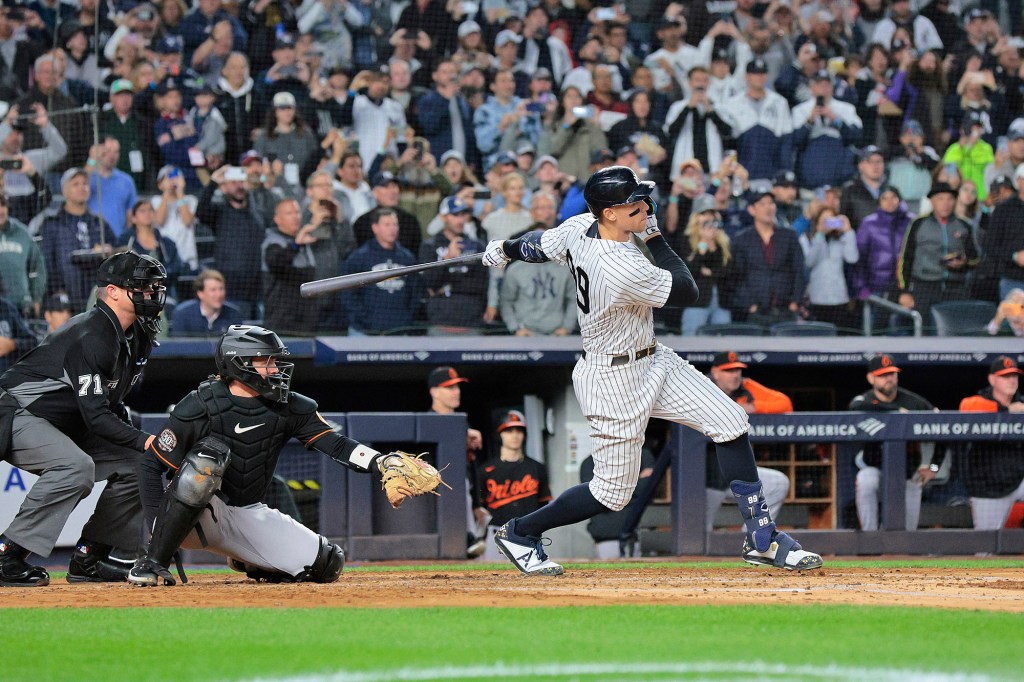 It’s not an indictment of streaming for Amazon (which did) or Apple (which didn’t) to permit a potentially historic Aaron Judge game to air on local cable as well.Charles Wenzelberg / New York Post

… The Yankees and Amazon making Friday’s game available on YES was the right call. The Yankees and Amazon each have stakes in YES, so they had a common goal, but, more importantly, it’s imperative for the Aaron Judge chase to try to reach as many people as possible for the sake of the future popularity of baseball and of streaming. It is not an indictment of streaming by also offering a game on cable now, it is an acknowledgement that it is a new and growing delivery system. It is analogous to how the NFL still has ESPN and Amazon show their games on over-the-air TV in the relevant local markets. It just makes business sense. It is why when this issue emerged with the Apple TV+ game the weekend prior, there was an argument for Apple to offer the game regionally on YES as well as on its service nationally. On the other hand, put me on the side of ESPN shouldn’t be doing live look-ins during each Judge at-bat during college football coverage. Just show the home run if he hits it. … ESPN’s “Yankees-Dodgers: An Uncivil War,” was really well-done. What stood out was how neatly the documentary told the story of the late 1970s Yankees and Dodgers, which featured complicated figures such as Reggie Jackson, Billy Martin, George Steinbrenner and Steve Garvey. It receives 4.78 out of 5 clickers.

could change sports distribution
Read The Rest at
nypost.com