The quickest way to lose a game hasn’t changed during Brian Daboll’s two decades in coaching.

With two interceptions and a lost fumble while not generating a defensive takeaway Sunday in a loss to the Lions, the Giants joined 18 other teams this season who have been on the wrong end of the turnover battle by a margin of exactly three (whether 3-0, 4-1, 5-2, etc.) in a single game. Those teams are 1-18, according to Elias Sports Bureau.

“We didn’t do enough to win that game, and you have to move on quickly,” Daboll said, “particularly when you have a short week.”

The Giants are plus-one in turnover margin for the season. Of the seven teams with better margins, six would be in the playoffs if the season ended today. The No. 26-ranked Chiefs (minus-three) are the lowest-ranked team holding a playoff spot.

What does it all mean? Ball security will be an even bigger emphasis than normal entering Thursday because the Cowboys are plus-seven in turnover margin, with the benefit of 16 takeaways. 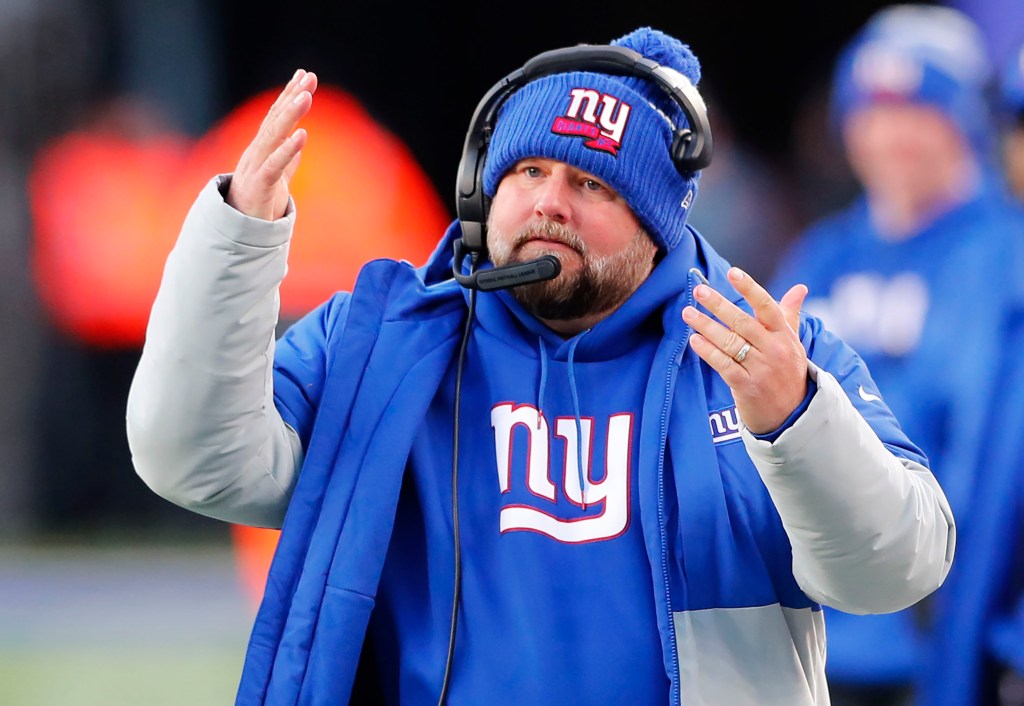 “It’s hard to win a game when it’s 3-0 in the turnover battle,” Daboll said. “The percentages don’t favor you very much. … In our three losses, we’ve had six turnovers directly related to 24 points. Conversely, in the seven wins, we’ve had five turnovers, and those led to six points. So, turnovers are huge; they always are. And we’ve got to keep working on that.”

WR Richie James (knee), RT Tyre Phillips (neck), RT Evan Neal (knee), S Jason Pinnock (jaw) and S Dane Belton (clavicle) would have been limited. Belton was added after he was on the report most of last week. James and Phillips were upgraded from non-participants Monday.

“Everybody else is going to come right up to the last second [with] what we decide to do,” Daboll said. “It’s a possibility, but it’s also not a possibility. We’ll see who we have healthy.”

The Giants signed TE Nick Vannett to their practice squad. Vannett was cut this month by the Saints in the middle of the first season of a three-year, $8 million deal. He has 86 catches and six touchdowns in 80 career games.

TE Lawrence Cager was signed to the practice squad on Oct. 18 and started last week — a testament to the opportunity available at the shorthanded position. He was promoted Tuesday to the active roster.

Thursday will mark the sixth Thanksgiving game in Daboll’s NFL career. This game will honor the late head coach and broadcaster John Madden.

“It’s a great tribute, you know?” Daboll said. “You remember when you’re a kid, sitting down and watching television and the games, and Madden and turducken and all those types of things.” Ben Simmons ‘in a good place’ after heavy boos...