The Yankees’ ace put the team in a bad spot before he recorded an out. Then the ace they didn’t get ahead of Tuesday’s trade deadline made their day even more difficult.

The Mariners tagged Gerrit Cole for three home runs in the first inning before Luis Castillo took care of the rest, sending the Yankees to a 7-3 loss on Wednesday afternoon in The Bronx.

The Yankees (70-36) dropped the series and lost for the third time in their past four games before heading out on a nine-game road trip that begins Friday in St. Louis.

Wednesday marked the second straight start in which Cole was rocked in one big inning. Last Friday against the Royals, it was a five-run fifth inning that did him in. On Wednesday, it was a six-run first inning that gave the Yankees an immediate uphill battle.

Cole settled in from there to last six innings, but the damage was already done – in part thanks to Cole’s counterpart. 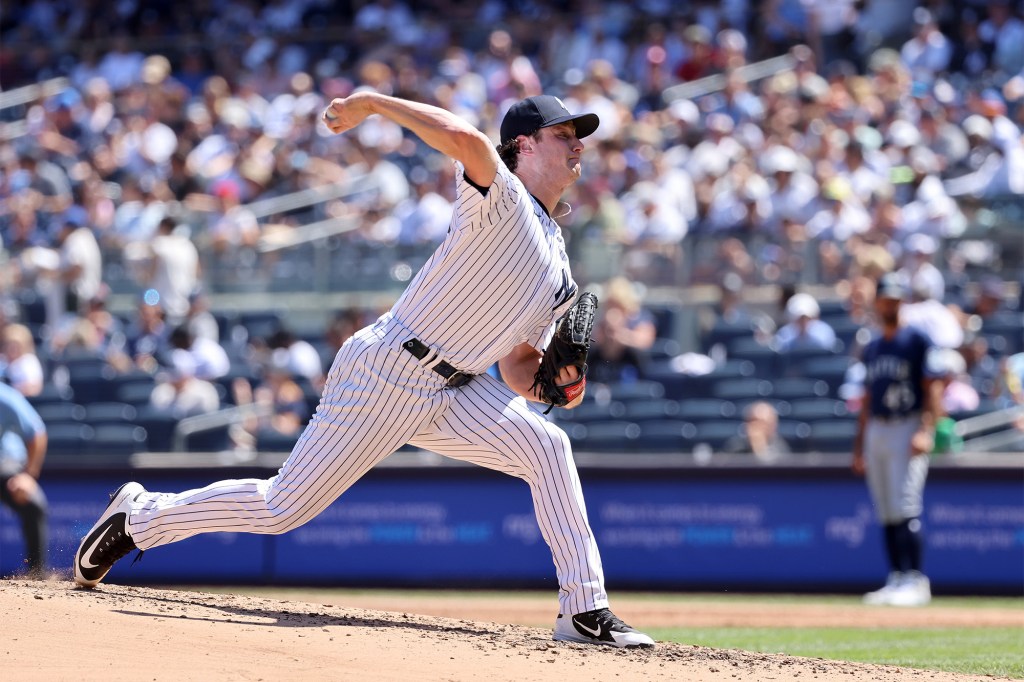 Gerrit Cole gave up three home runs in the first inning against the Mariners on Wednesday.Charles Wenzelberg/New York Post

Before acquiring Frankie Montas from the Athletics on Monday, the Yankees tried to land Castillo, the top arm on the market, from the Reds. But they found the price tag to be too high (not wanting to include top prospect Anthony Volpe, The Post’s Joel Sherman reported), which opened the door for the Mariners to win the sweepstakes for a haul of prospects.

Making his Mariners debut, Castillo largely cruised, striking out eight over 6 2/3 innings. Kyle Higashioka put a slight blemish on his final line, cracking a two-run homer on Castillo’s 109th and final pitch of the day to get the Yankees within 7-3 in the seventh.

The Mariners jumped on Cole before many fans had even found their seats. After Adam Frazier led off with a single and Jesse Winker walked, Eugenio Suarez drilled a three-run homer off a slider for the 3-0 lead.

Carlos Santana made it back-to-back when he crushed a 99 mph fastball down the middle 423 feet into the bleachers to make it 4-0.

J.P. Crawford then followed with a single, which drew a mound visit from pitching coach Matt Blake.

Cole drew a Bronx cheer when he finally recorded the first out on a strikeout of No. 6 hitter Kyle Lewis. But former Mets prospect Jarred Kelenic came up next and roped a changeup for a two-run home run to right field that put the Mariners up 6-0.

The Yankees got a run back off Castillo in the second inning when Isiah Kiner-Falefa singled to drive in Andrew Benintendi. But they wasted a chance for a bigger inning when Kiner-Falefa was thrown out at the plate, trying to score from first on a double by Kyle Higashioka. Third base coach Luis Rojas gave Kiner-Falefa a questionable send home, ending the inning with Anthony Rizzo about to bat.

Wandy Peralta relieved Cole in the seventh inning and gave up a solo home run to Winker. How Accurate Is Your Credit Score? Don't Ask...