Five stats Rangers can be thankful for this season The Rangers flew home from California on Thanksgiving Day, but the team will be back in action for practice Friday before a matinee against Connor McDavid and the Oilers on Saturday at Madison Square Garden.

After playing on the road in six of their past seven games, the Blueshirts will enjoy four of the next five games at home. Their lone road contest will be at Ottawa at the end of this month.

In the spirit of the holiday, here are the top five stats the Rangers have to be thankful for this season:

.931: Igor Shesterkin’s save percentage in his past five starts, over which he has stopped 135 of the 145 shots he’s faced. Shesterkin’s return to his Vezina Trophy-winning form from last season is imperative. He has continued to be a rock for the Rangers, but it’s clear Shesterkin is working to get back to his lights-out play from 2021-22. 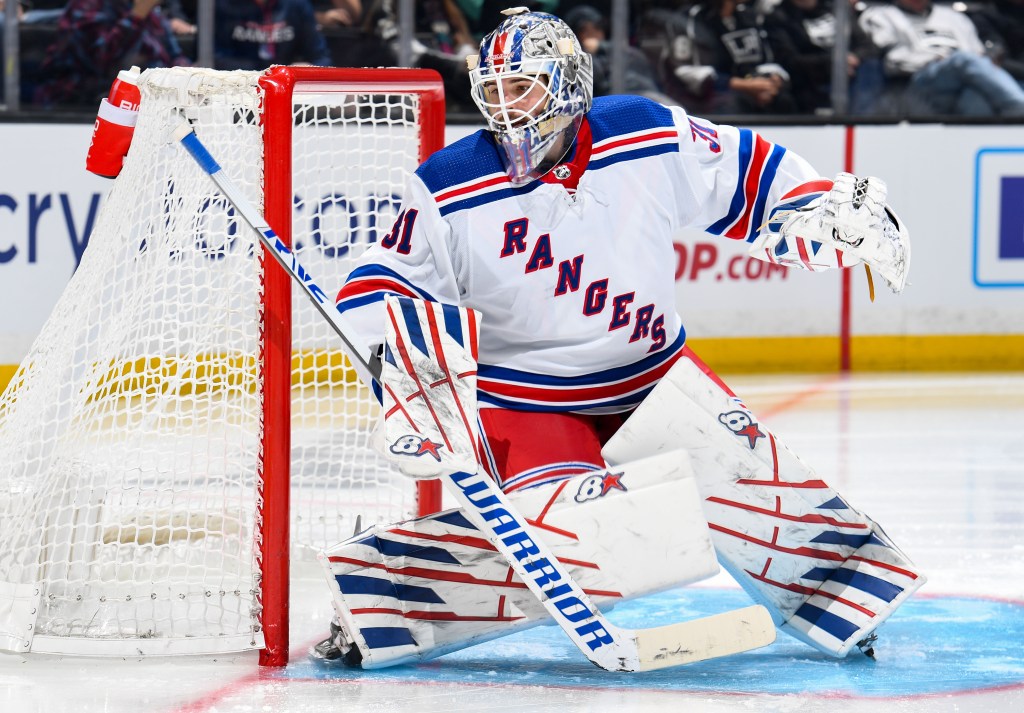 23: Adam Fox is currently tied with the Sabres’ Rasmus Dahlin for the second-most points by a defenseman in the NHL with 23, which trails only the Sharks’ Erik Karlsson and his 30 points. Before he went pointless in the Rangers’ 3-2 loss to the Ducks on Wednesday night, Fox had been on a nine-game tear, over which he scored four goals and dished 20 assists. The 2021 Norris Trophy winner has been nothing but consistent in his ability to impact games.

34.6: From this time last season to now, the Rangers went from giving up a high volume of shots and winning games to putting up a high volume of shots and losing games. Still, generating chances has not been an issue for the Rangers this season. They’ve averaged 34.6 shots per game, which is ranked fifth in the NHL — behind just the Hurricanes, Flames, Devils and Panthers.

630: This is the amount of hits the Ranger have landed so far this season, which leads the entire NHL. The next closest team is the Islanders at 616. In the wake of Ryan Reaves’ departure via trade to Minnesota, this was an important stat to highlight. The veteran enforcer may round out their top five leaders in hits with 44, despite sitting out eight games, but the Rangers are still a tough team. Captain Jacob Trouba currently leads the team with 71.

82.5: The Rangers have fended off 82.5 percent of the power plays they’ve faced. They’re currently ranked sixth in the NHL in this category, but it’s been a consistent strength for them for much of the season. Margot Robbie reveals how she prepared to film...