The Cowboys’ disastrous Week 1 performance took a nightmarish turn in the final minutes.

Dak Prescott exited Dallas’ 19-3 loss to the Buccaneers late in the fourth quarter with a right hand injury. Owner Jerry Jones told reporters after the game that it will require surgery and that he will miss at least several weeks, according to The Athletic.

After getting his hand and thumb looked at by trainers on the sideline, Prescott jogged toward the locker room. He was undergoing X-rays before the final whistle, according to NBC’s broadcast. Prescott was replaced by Cooper Rush.

Struggling to get any rhythm on offense all night, Prescott completed just 14 of 29 passes for 134 yards and an interception before the injury.

It’s the latest in a line of injury concerns for Prescott, who earlier this week tweaked his ankle — the same ankle that he suffered a season-ending compound fracture and dislocation in 2020. 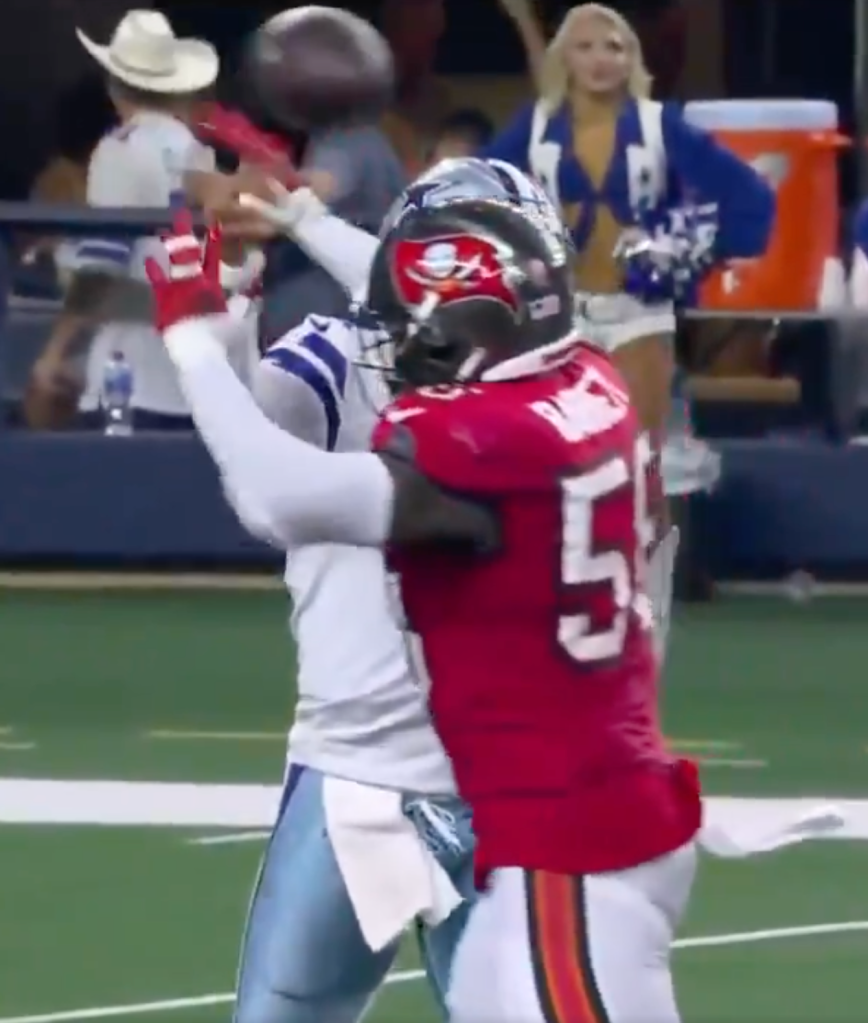 Dak Prescott is hit before exiting the game with an injury. Screengrab/Twitter 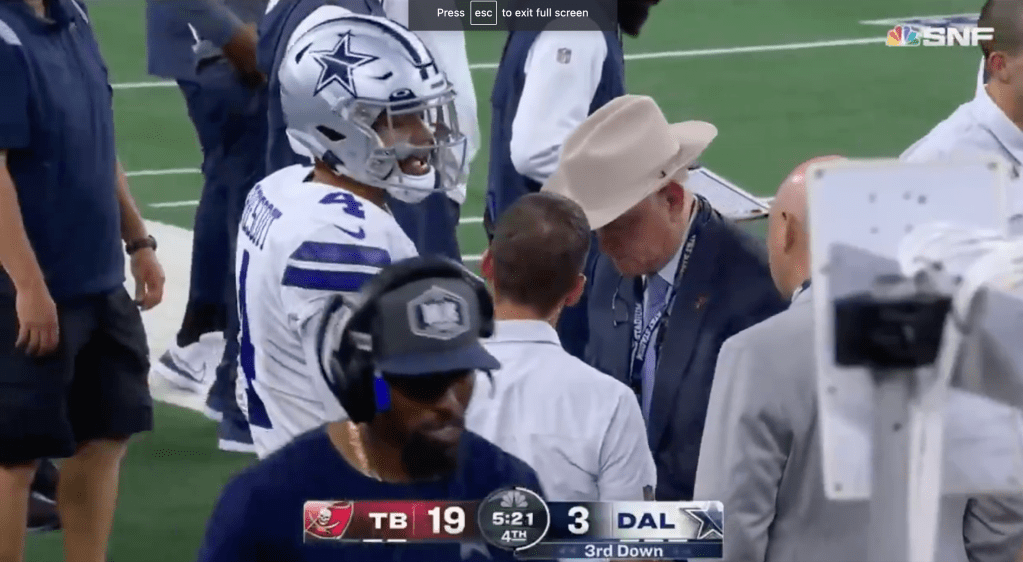 Dak Prescott is examined on the sideline. Screengrab/Twitter

In 10 career games with the Cowboys since being signed as an undrafted free agent out of Central Michigan in 2017, Rush has completed 31 of 50 passes for 424 yards, three touchdowns and an interception.

The Cowboys do not currently have a third quarterback on the roster. Jets’ infusion of new talent a complete flop in... 3 How Rangers are moving forward from frustrating defeat:...

4 ‘Wednesday’ Season 2 Could Include More Of The Addams...