Browns defensive end Isaac Rochell seems to know where he stands when it comes to the NFL’s power rankings of his family.

In a new video posted this week to TikTok, Rochell — whose wife, Allison, boasts a massive social media following — playfully lamented about how the league fawns over her compared to him, a six-year vet.

“Oh my God, here we go again,” Rochell began, sharing a comment the NFL left appeared to leave on one of Allison’s posts that read, “We’ll send a horse and carriage next time.”

“For some reason, my beautiful wife has surpassed me on all phases of life, which includes the NFL posting about her again before they post about me.”

Rochell then posted a video of himself “in the heat of battle” from last Thursday’s 29-17 win over the Steelers before transitioning to Allison’s game-day happenings.

“I wanna just point out this is me in the Thursday Night game, in the heat of battle. I am playing,” Rochell said. “And this is her. I love my wife, literally would die for my wife, but she’s gluing on nails before the game.” 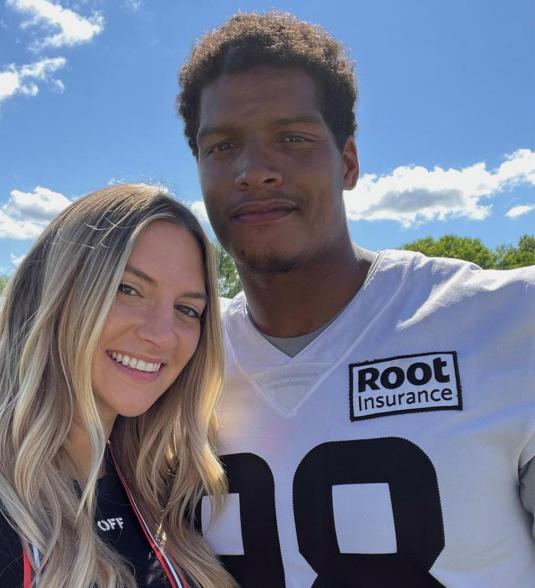 Allison and Isaac Rochell at Browns training camp over the summer. Instagram/Allison Rochell 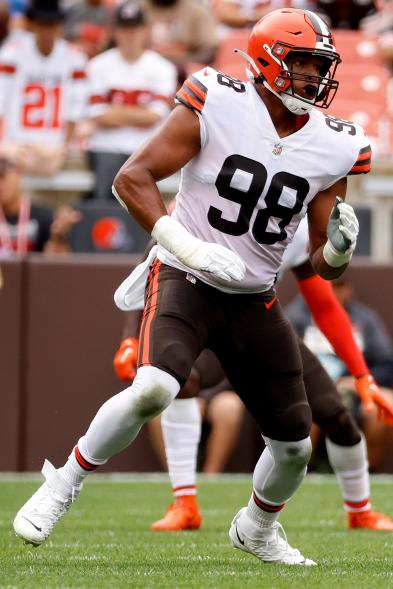 Browns defensive end Isaac Rochell runs off the line of scrimmage during an NFL preseason game in Aug. 2022. AP

Rochell also remarked on Allison taking selfies during the game while he was grinding on the field.

The NFL did catch wind of Rochell’s plea, but fired back in the comments: “Idk what u want us to say.”

Rochell then replied with the face-palm emoji. 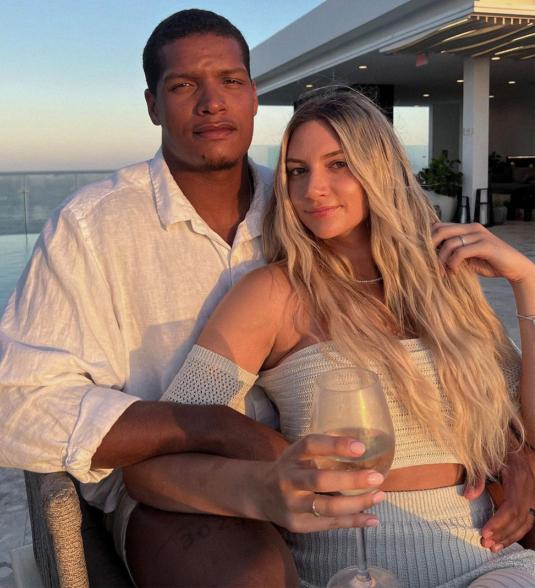 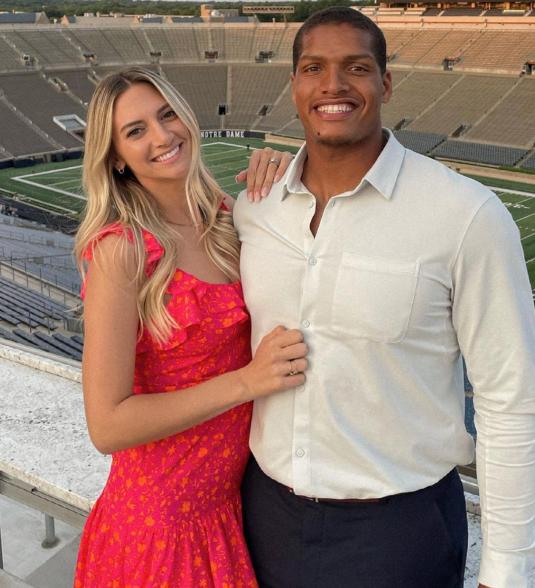 Isaac Rochell landed with the Browns in March. He previously played to the Chargers and Colts. Instagram/Allison Rochell

Married to Rochell since 2021, Allison frequently gives her followers candid looks inside the life of an NFL WAG.

“When my husband got drafted to the NFL, I thought to myself, ‘Wow, this is going to be so glamorous.’ That show ‘WAGs’ on E! Network had just came out and I just got a glimpse at NFL life. That glimpse was a lie,” Allison expressed in a TikTok video over the summer.

Ahead of the 2022 regular season, Allison also answered a fan question regarding Rochell and roster moves.

“Issac is going into his sixth season in the NFL, so over the past five years we’ve learned a lot,” she said. “A week into his first season, he lost his job. The next day, he was put on [the] practice squad, and almost five months later, he was put back on the main roster.

Rochell was originally drafted out of Notre Dame by the Los Angeles Chargers in 2017. Before landing with the Browns, he played for the Indianapolis Colts last season.