Blonde, the Marilyn Monroe biopic, premiered on Netflix and it took the second spot on the charts. The Ana de Armas-starring movie got an 11-minute standing ovation when it was screened at the Venice Film Festival.

Despite glowing reviews for Blonde, the film directed by Andrew Dominik didn’t debut at the top of the streaming service’s chart. The biopic was watched for 37,340,000 hours, according to Netflix’s Global Top 10 chart.

Lou, starring Allison Janney, Jurnee Smollett and Logan Marshall-Green, reigned at the top in its second week available on the streaming platform. The Anna Foerster-directed film was viewed for a total of 46,190,000 hours in the chart from September 26 through October 2. 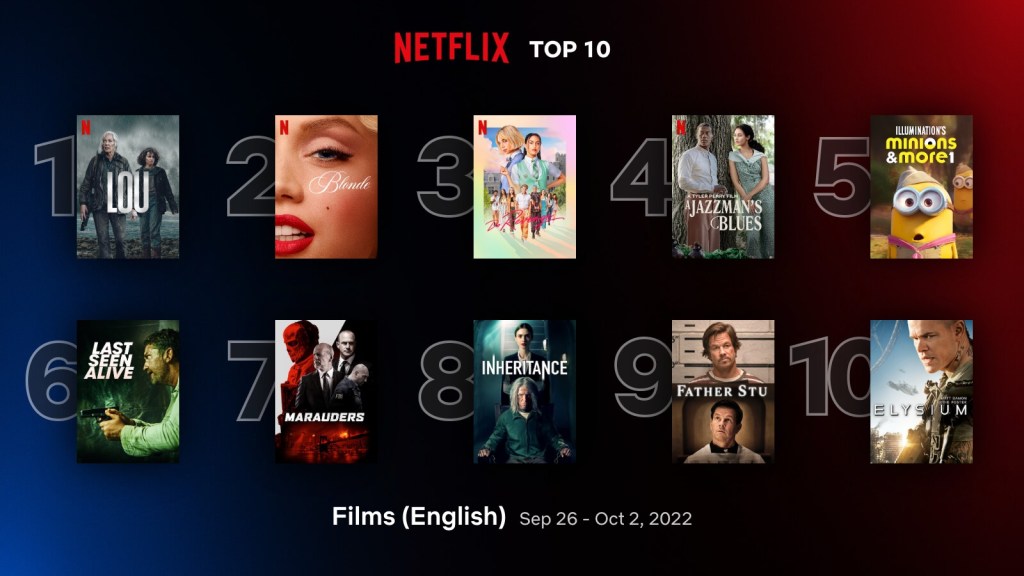 In the United States Top 10 chart, Blonde also took the second spot and was bested by Lou as well.

Blonde, the NC-17-rated film, has experienced backlash on social media as many believe Monroe’s image keeps getting exploited. Some viewers have also expressed their discontent over the graphic depictions of sexual assault. Will Smith getting a 2023 Oscar nomination...