You already know Meryl, Viola and Leo on a first-name basis. Now, get ready for Simu, Cooper and Simone.

After a year of watching hundreds of movies and TV shows, New York Post film critics Johnny Oleksinski and Sara Stewart share their picks for the most exciting Hollywood up-and-comers of the moment. Some, like French actress Camille Cottin, have had long careers and are only now hitting it big, while others, like Philip Seymour Hoffman’s son Cooper Hoffman, have just a single movie under their belts — so far.

They all have one thing in common, however: We want to see more of them.

Here’s who you can expect to spot on the red carpet for years to come. 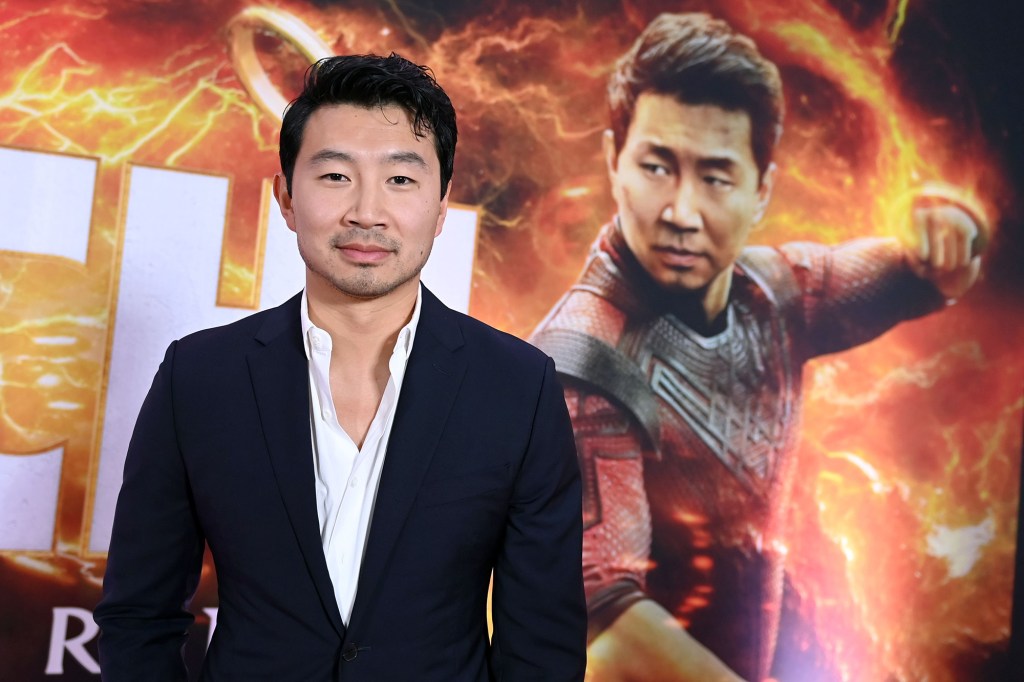 Simu Liu exploded after he played the leading role in Marvel’s “Shang-Chi and the Legend of the Ten Rings.”Getty Images for Disney

Where you know him from: Marvel’s “Shang-Chi and the Legend of the Ten Rings”

Where you’ll see him this year: The rom-com “One True Loves,” opposite Phillipa Soo; and the adventure drama “Arthur the King”

Why he’s a standout: In 2014, this Canadian actor tweeted, “Hey @Marvel, great job with Cpt America and Thor. Now how about an Asian American hero?” Liu, who played Jung in the sitcom “Kim’s Convenience,” told Interview magazine he’s experienced discrimination in his career: “As an actor of color, I was overlooked at every possible opportunity. I was given roles that were almost not roles. It was, like, Scared Asian Guy.” But last year, he became that groundbreaking Asian American superhero he’d tweeted about in the massive hit “Shang-Chi” — and a sequel is already in the works. 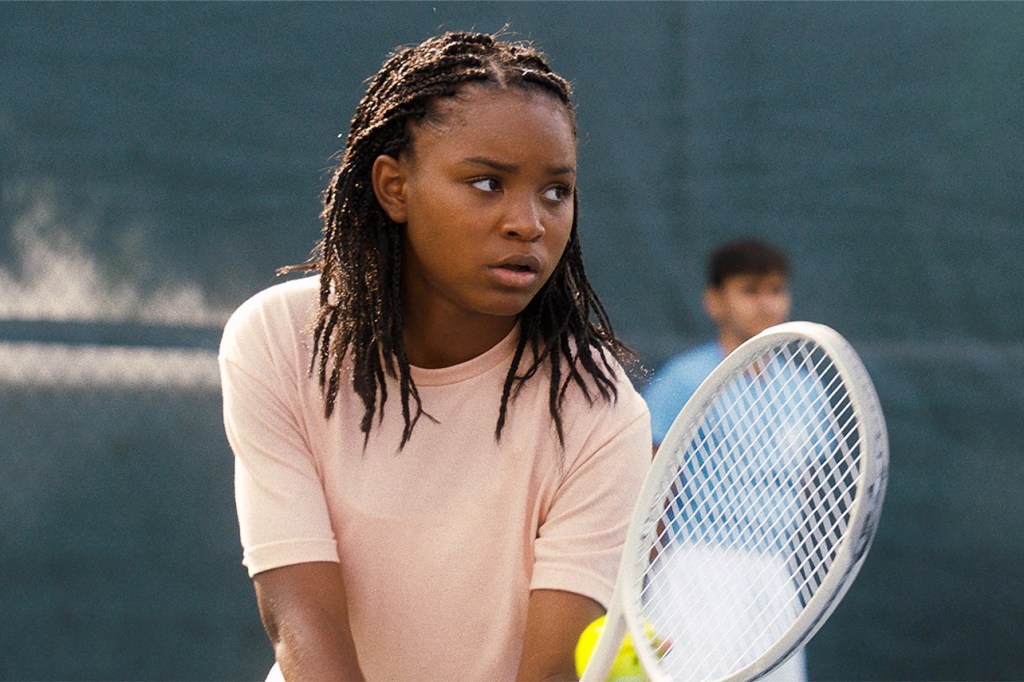 Where you know her from: The biopic “King Richard“

Where you’ll see her this year: Showtime’s “The First Lady”

Why she’s a standout: It takes off-the-charts charisma to pull focus from Will Smith, not to mention portray one of tennis’ superstars, but Sidney managed to do both in her role as a young Venus Williams in last year’s “King Richard.” The teenage actress broke out in 2016 with roles in “American Horror Story: Roanoke” and the movie “Fences.” But she’s reached new levels of acclaim as praise has poured in for her intense, joyful performance as Venus. Next year, she’ll be reunited with “Fences” star Viola Davis in Showtime’s biopic of Michelle Obama, in which Sidney will play younger daughter Sasha. 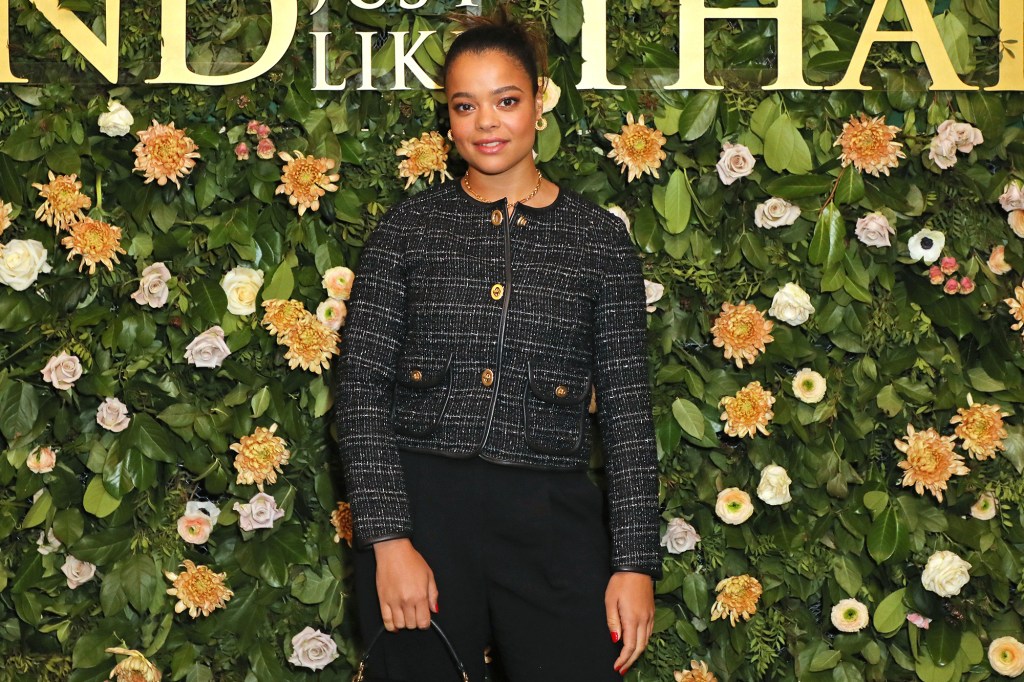 Lydia West shattered audiences with her moving performance in “It’s A Sin.”Dave Benett/Getty Images for Sky

Where you’ll see her this year: “Inside Man,” the David Tennant and Stanley Tucci-starring Netflix/BBC series; “Suspicion,” the Apple TV+ thriller with Uma Thurman; “The Pentaverate,” a limited Netflix series from star Mike Myers; and the dramedy “Text for You”

Why she’s a standout: As the lone female character in the central cast of HBO’s 1980s-era AIDS drama “It’s a Sin,” West deftly balanced warm effervescence with devastation at the suffering experienced in London’s gay community. This year, West will be everywhere you look, with roles in three buzzy shows and in the film “Text for You,” in which she’ll co-star with Priyanka Chopra Jonas and Sam Heughan. She’s also got UK audiences rapt, having just been name-dropped by current “Doctor Who” star Jodie Whittaker as the person best suited to take over that show’s title role next year. 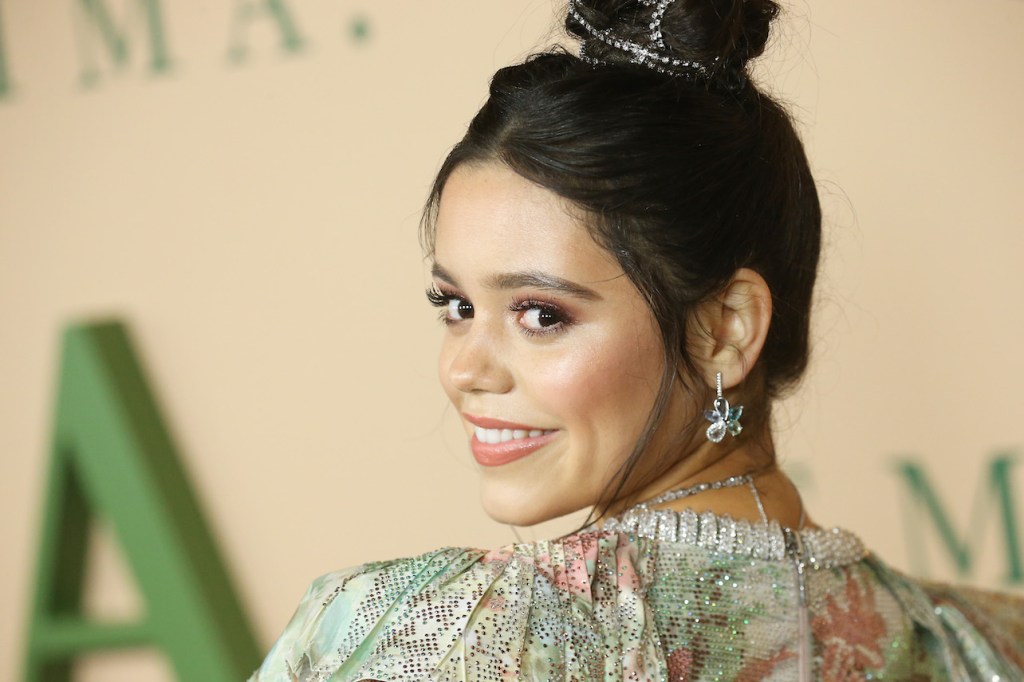 Jenna Ortega makes a slash in the latest “Scream” film, the fifth in the horror franchise.FilmMagic

Where you know her from: Netflix’s “You” and feature film drama “The Fallout”

Where you’ll see her this year: The Addams Family series “Wednesday”; and a trio of horror movies — “Scream,” “Studio 666” and “X”

Why she’s a standout: Ortega’s wry teen cinephile Ellie is one of the few characters left unscathed — or, at least, alive — after crossing paths with serial killer Joe (Penn Badgley) on “You.” The teenage actress’s aptitude for morbid humor led to greater things: This year, she stars as Wednesday Addams in the Tim Burton-directed Netflix miniseries, where her co-stars will include Catherine Zeta-Jones and Gwendoline Christie. Ortega’s also playing a major role in the latest “Scream” installment. On top of this, she’ll appear in the Foo Fighters-starring horror-comedy “Studio 666” and Ti West’s new horror pic “X” alongside Kid Cudi and Mia Goth. 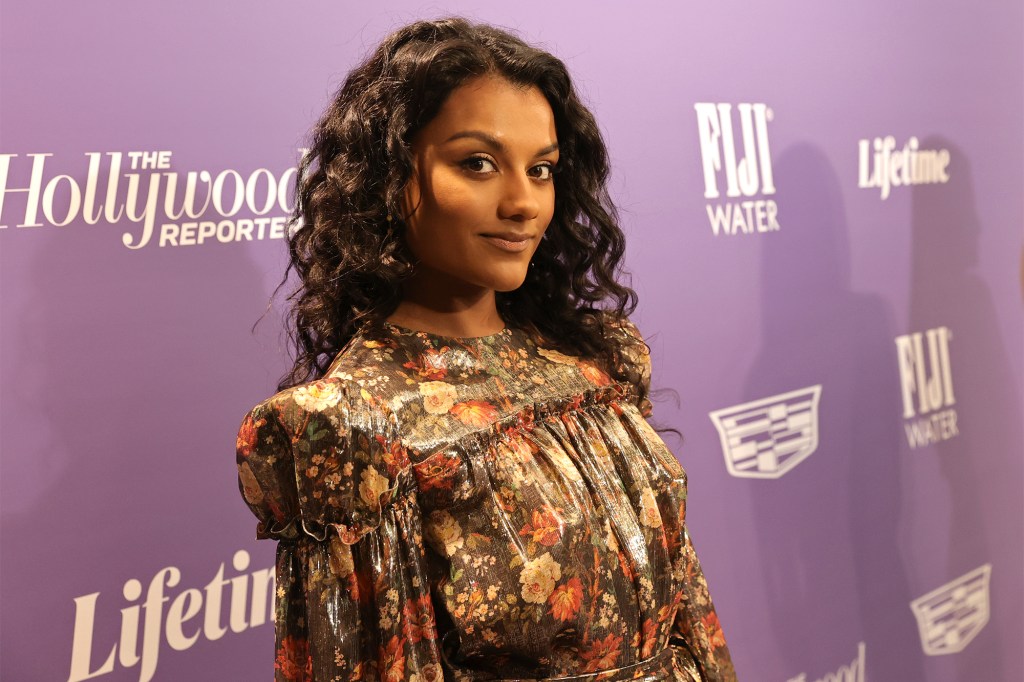 Simone Ashley is a hit on Netflix’s popular show “Sex Education.”Getty Images for The Hollywood

Where you know her from: Netflix’s “Sex Education”

Where you’ll see her this year: Netflix’s “Bridgerton”

Why she’s a standout: Ashley was an unknown actor with “pennies left in my bank account” when she scored a part in the 2019 TV comedy “Sex Education,” the actress told People magazine. Olivia Hanan, Ashley’s character, is one of the popular girls known as the Untouchables. But this year, she’s headed for a truly untouchable level of fame as a lead in the second season of the massive hit “Bridgerton,” in which she’ll play Kate Sharma, the love interest of eldest sibling Anthony Bridgerton (Jonathan Bailey). She’s also been anointed the steamy show’s “newest style star” by Vogue, which gushed over Ashley’s Cher-inspired look at last year’s British Fashion Awards. 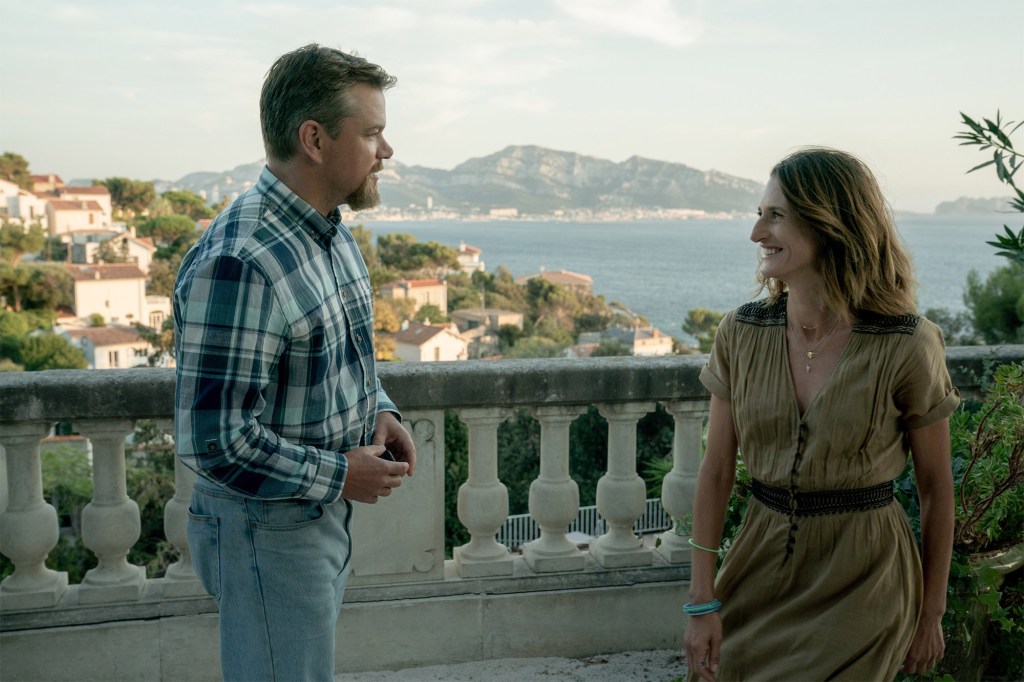 Where you know her from: “House of Gucci,” “Stillwater” and “Call My Agent”

Where you’ll see her this year: “Golda,” a biopic about Golda Meir starring Helen Mirren; and a surprise new season of “Call My Agent”

Why she’s a standout: Paris-born Cottin has been a fixture of cinema and TV in France for years, but Americans finally got to know her during lockdown when they were binge-watching the stupendous French comedy series “Call My Agent.” Suddenly, the funny, sexy, mysterious actress was everywhere. Last year, she co-starred with Matt Damon in “Stillwater,” a drama in which she struggles to help a Montana man clear his daughter’s name. And she stole Lady Gaga’s husband in “House of Gucci.” On the set of “Gucci,” Cottin told Vogue, Gaga went method with her. “She was really nice,” the actress said. “But the thing is, [our characters] are rivals. So she couldn’t really hang out with me. She was like, ‘Sorry, I hate you. But promise we’ll be friends.’” 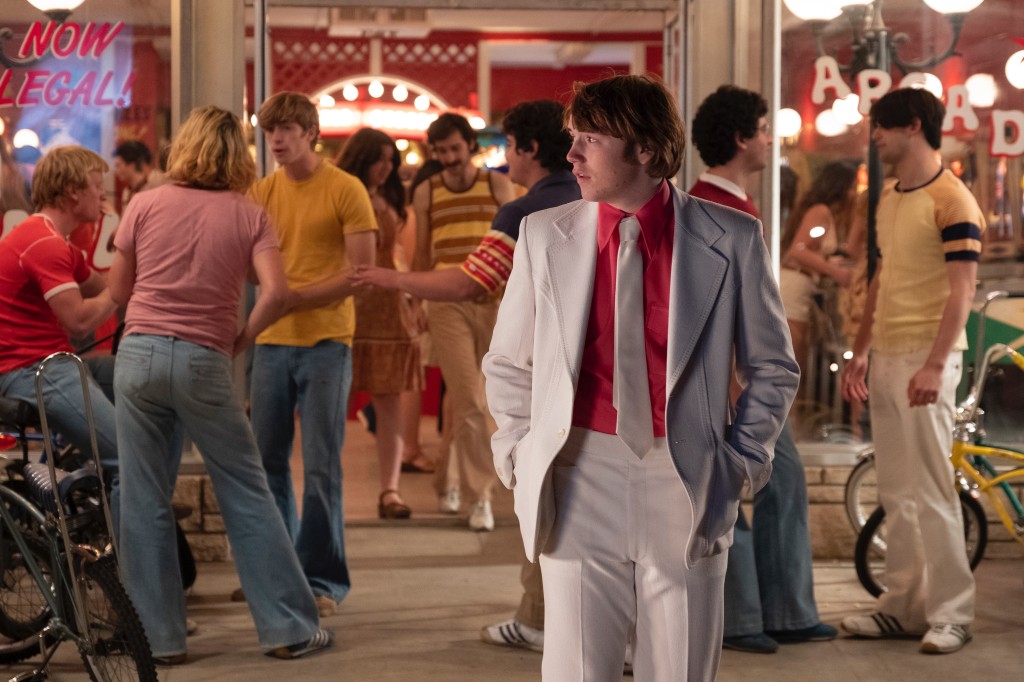 Where you know him from: “Licorice Pizza”

Where you’ll see him this year: Nothing yet, but that’ll change fast.

Why he’s a standout: Before Paul Thomas Anderson’s delicious comedy “Licorice Pizza” starts, in our minds Cooper Hoffman is still the late Philip Seymour Hoffman’s young son. By the end, his prestigious upbringing is an afterthought: At just 18 — and in his first acting role of any kind — he’s brilliant in his own right as jack-of-all-trades teenager Gary Valentine. That’s a feat, because he revealed in a post-screening interview that he wasn’t even trained as a performer. “The only acting I’d done was with Paul [Thomas Anderson],” Hoffman said. “But it was on a lower-scale with an iPhone and his kid — and I’d always play the bad guy and his kid would beat me up.” His movie career is brand spankin’ new, but with Golden Globe and Critics Choice nods right out of the gate, expect it to explode. 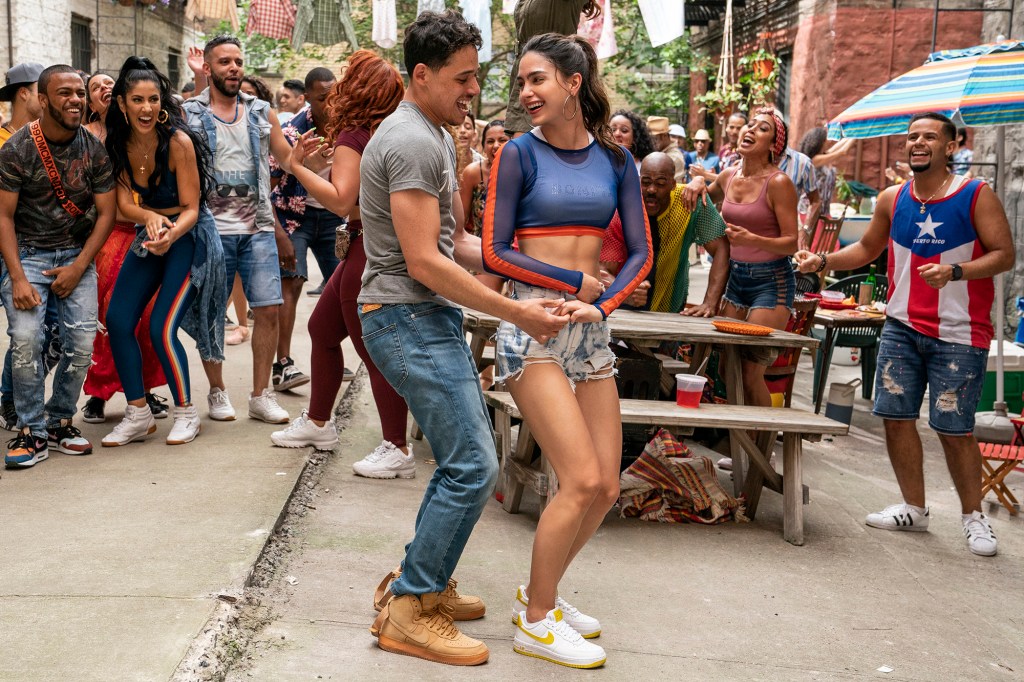 Anthony Ramos as Usnavi and Melissa Barrera as Vanessa in the feature film version of “In the Heights.”Macall Polay

Where you know her from: “In The Heights” and “Scream”

Where you’ll see her this year: Playing the title role in the movie-musical “Carmen,” co-starring Paul Mescal of “Normal People”

Why she’s a standout: The movie adaptation of Lin-Manuel Miranda’s “In The Heights” overflowed with exciting discoveries, but nobody was as entrancing as Barrera, who played Anthony Ramos’ love interest Vanessa. A deeply empathetic and relatable actress with big eyes and a golden voice, your heart leaps out to her — even as she’s sprinting away from a serial killer in “Scream.” Although she studied musical theater at NYU, almost all of Barrera’s work pre-“Heights” was Spanish-language, so she’s new to average moviegoers here. They’ll get to hear her sing again soon in the film “Carmen,” directed by Natalie Portman’s husband Benjamin Millepied. 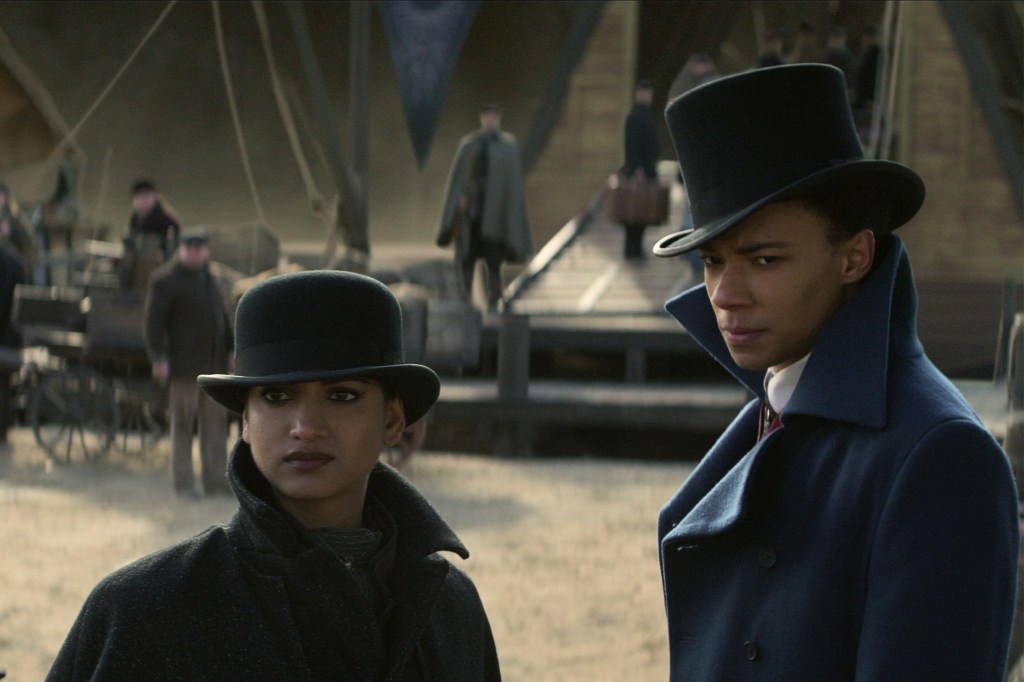 Where you know him from: Netflix’s “Shadow and Bone”

Where you’ll see him this year: Netflix’s “The School for Good and Evil,” starring Charlize Theron, Kerry Washington and Michelle Yeoh

Why he’s a standout: Few actors have the twinkle in their eye that sly Brit Kit Young does. An accomplished Shakespearean actor (he was superb in “Julius Caesar” and “A Midsummer Night’s Dream” with Gwendoline Christie in London), his biggest screen role so far was on last year’s Netflix wizards-at-war series “Shadow and Bone” as Jesper, a mischievous sharpshooter. Young makes for a compelling combo: A bit Bond, a little Legolas and a dash of Dickens. You simply can’t take your eyes off him — and he fits big-budget fantasy films like a glove. His charisma will soon be on full display in Paul Feig’s starry flick “The School for Good And Evil.” 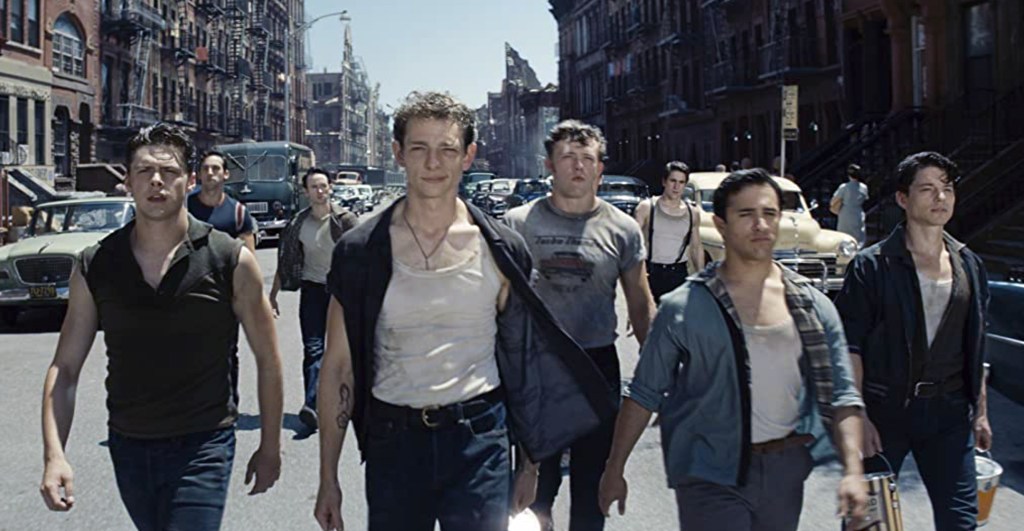 Where you know him from: “West Side Story” and “Dear Evan Hansen” on Broadway

Where you’ll see him this year: “Pinball: The Man Who Saved The Game” as Roger Sharpe, the guy who ended a 35-year ban on pinball in New York City

Why he’s a standout: Faist first caught our attention as Connor, the darkly comic loner in the Broadway musical “Dear Evan Hansen,” for which he scored a Tony nomination. Good though he was, nobody would have pegged him for Riff, the powerful leader of the Jets gang in “West Side Story.” But in the Steven Spielberg-directed remake, the lanky actor is ferocious in the part. A revelation if there ever was one, Faist is an everyman who can switch from charmer to killer in an instant. He’s known right now for playing teens, but that emotional versatility will ensure a long, must-watch career.

Knicks trade for Cam Reddish in deal that sends... Pete Davidson to star in horror-thriller from...