Somewhat lost in Aaron Judge’s chase for 62 home runs is the fact that his fellow towering slugger in the Yankees’ lineup is in the midst of a brutal second half of the season.

Giancarlo Stanton has struggling badly since returning in late August from a stint on the injured list for left Achilles tendinitis.

Manager Aaron Boone said during the series earlier this week Toronto the foot could be a “factor” in Stanton’s slump, but on Friday he chalked it up more to timing.

Whatever the issue is, Stanton is lucky his slump has been overlooked, with fans almost solely focused on Judge’s heroics.

That likely won’t be the case forever and Stanton didn’t help his cause Friday in a 2-1 loss to the Orioles in The Bronx, when he went 0-for-4 with a pair of strikeouts. He’s now 1-for-21 with no walks and 13 strikeouts in five games since a three-hit game against the Red Sox on Sept. 22.

And since the All-Star break (including four games just before he went on the IL), Stanton is 14-for-110 with just five extra-base hits and 49 strikeouts. 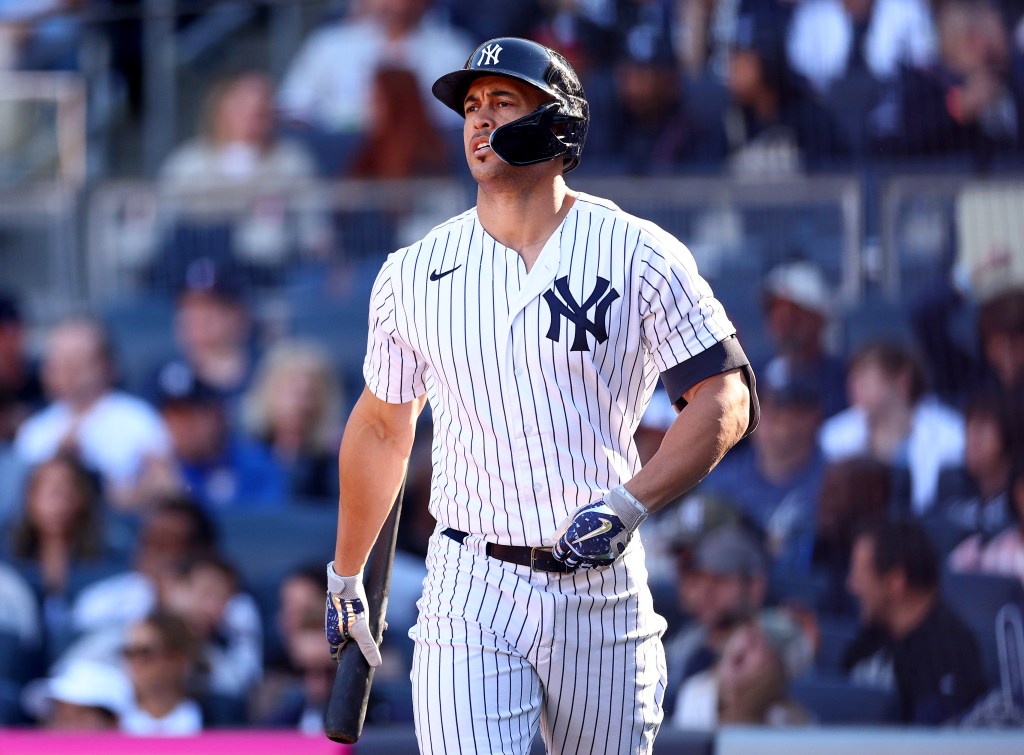 “I think he’s been a little bit off and is struggling to find it,” Boone said. “He’s had a couple big home runs the last couple weeks.”

Hitting coach Dillon Lawson said the team is “confident he’ll be right for the playoffs,” but believes there is some correlation to the injury and his performance.

“A lot of this has to do with when he was down [with the Achilles injury] and coming back at a time we needed him, whether he was at whatever percent he was and working through all that,” Lawson said.

At the time, the Yankees’ lead in the AL East had dropped from 12 games on July 23 to 7 ½ games on Aug. 25. The offense was flailing and overly-reliant on Judge.

The decision to bring Stanton back, Lawson said, was a “combination of him being healthy enough and being what the team needed.”

Asked whether Stanton’s issues at the plate were due to the foot still not being 100 percent or his swing being off, Lawson said: “It’s hard to say. They play off each other. A lot of it is timing and getting his swing back. Right now, we understand he’s not where he wants to be [offensively], but we all know where we’re trying to get.” 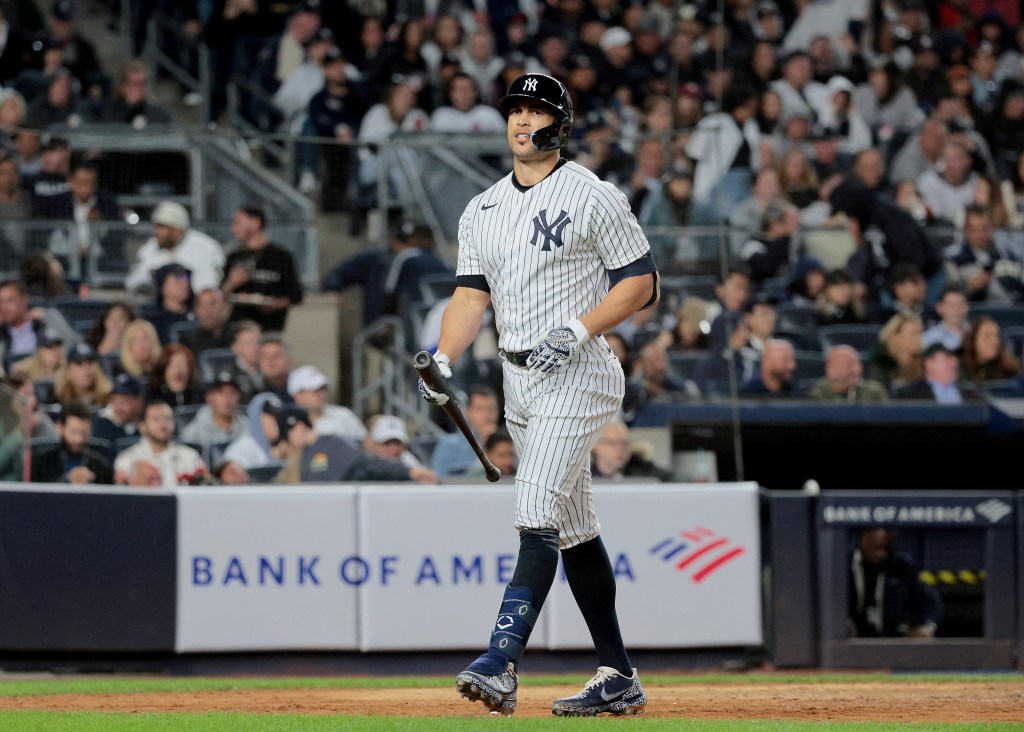 Boone said he didn’t believe Stanton’s foot should “limit” him and he believed he’d get hot soon and back to “being a wrecking ball once he gets going.”

“I think he was pretty disciplined and patient about [coming back] and being clear about when he was ready to come back,” Boone said in Toronto. “I think he realizes he’s gotta do it when it’s not perfect. He’s working hard to get to that point.”

Lawson said even when Stanton hasn’t been producing, his presence in the lineup has helped Judge.

“You can see the effect on him simply being in the lineup and being behind Judge right away,” Lawson said Stanton, who has hit second, behind Judge, at times in the second half, especially when Anthony Rizzo was out with back issues.

“There was a spike in the amount of strikes Judge started getting. Whether [Stanton] was the one who had the home runs, the offense has been producing. A lot of that is because of his presence. He’s still really dangerous. If you make a mistake to Stanton, he’s gonna punish it.”

He showed that with his game-winning grand slam on Sept. 20 against the Pirates. Stanton hit a rocket out to left four batters after Judge led off the bottom of the ninth with his 60th homer of the season.

While Stanton’s regular seasons with the Yankees have been inconsistent, he often has come alive in the playoffs.

He had three hits against the Red Sox in wild-card loss last year at Fenway Park. Before that, he wrecked the Rays with four homers and 10 RBIs in the 2020 ALDS, following his 3-for-7, two-homer showing in the wild-card round against Cleveland. Francisco Alvarez fails to be Mets hero, but he...