The Yankees officially placed Clay Holmes on the 15-day injured list on Wednesday after the reliever revealed the day before that he was dealing with spasms in his left lower-back. 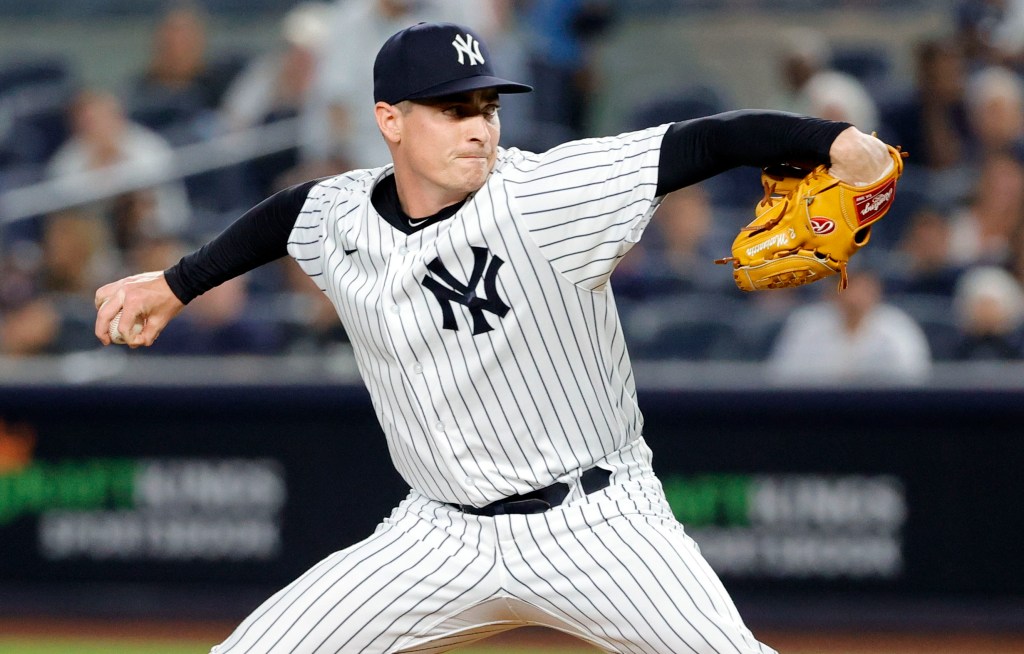 Holmes, who stepped into a closer role earlier this season, was in the midst of a rough patch after a strong start to 2022. He blew a save in his most recent outing, Friday against the Red Sox. In his past 11 games, Holmes posted a 10.24 ERA with three blown saves.

Manager Aaron Boone said earlier this season that closers would be based on matchups, which he confirmed would still be the case despite Holmes going on the IL. The loss of Holmes, however, allows for Marinaccio to get another well-deserved look in the Yankees bullpen.

“I felt like I was playing well, but just looking around the room, I knew that it was a possibility [I was going to be sent down],” Marinaccio told The Post before the Yankees’ 8-7 come-from-behind win over the Rays in The Bronx. “Obviously, I was hoping it wouldn’t happen. But it’s just part of it. I accepted it and I was hoping to come back as soon as I could.

“It feels like what I did up here proved a little bit of something to have that trust to be the next guy.”

Marinaccio said he has the same mindset as when he allowed just one earned run and struck out 26 batters over 22 ²/₃ innings, from May 22 through Aug. 6 (which included three weeks on the IL). He noted that he just tries to throw as many strikes as possible and let his stuff play out.

He was used in several different situations in his last go around, and Marinaccio said he expects much of the same. Boone echoed that sentiment.

“He’s almost like a lefty in that he’s so good at getting left-handed hitters out,” Boone said of Marinaccio. “He’s part of that [closer] mix. He’s a guy that we’ve gained a lot of confidence in, obviously, based on the year he’s had and the year he’s had for us up here. He’s earned more and more significant moments in the game.

“I can see Ron being in any scenario. We get in a situation early in the game and it’s the right timing for him, because he can give us an inning plus. Or on a given night, if it’s somewhere in the back end. It’s just going to be about putting these guys hopefully in the best parts of the lineup where we feel like they can be at their best.”

yankees marinaccio after holmes heads
Read The Rest at
nypost.com