TORONTO — The wait is finally over.

No, Aaron Judge didn’t tie Roger Maris’ home run record, but the Yankees clinched their first AL East title since 2019 — and second since 2013 — with a 5-2 win over the Blue Jays on Tuesday night at Rogers Centre.

Now, the Yankees have eight games left to get themselves ready for the postseason — having secured a first-round bye, as well as home-field advantage in the ALDS — and to see if Judge can hit his milestone home runs.

Judge has gone seven games without a homer — his longest stretch since a nine-game drought in August — but the Yankees have won all but one of those games. 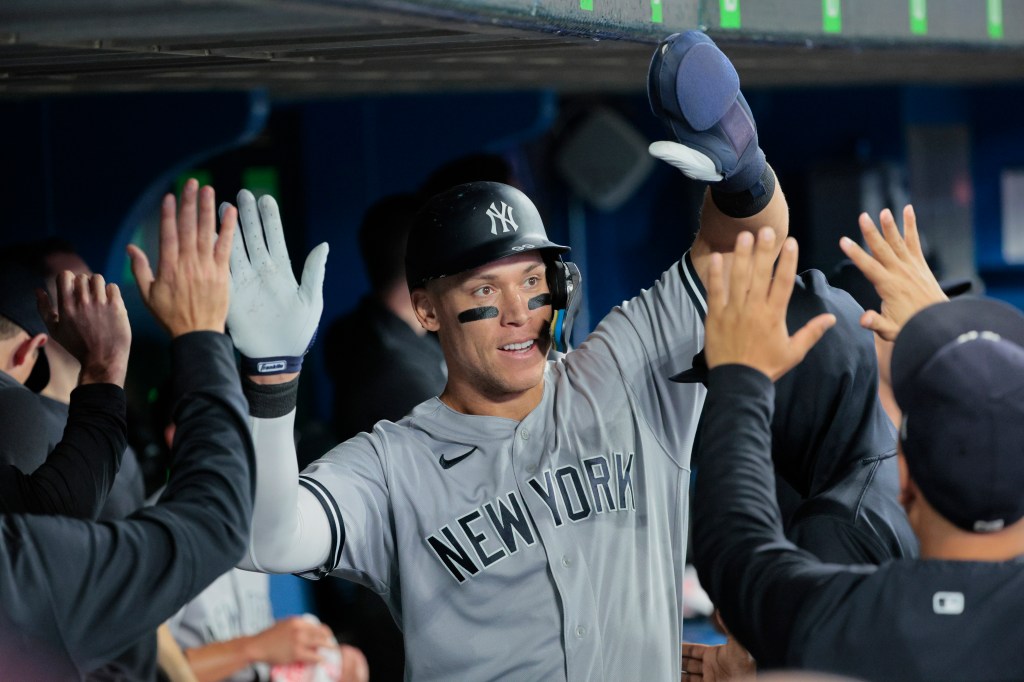 For a time, it seemed the Yankees were going to cruise to a division crown. They built a 15 ¹/₂-game lead on July 8, when they were 61-23 on the season. But injuries and slumps hurt them in the second half of the season, and two months later, that lead had dropped to just 3 ½ games over the Rays on Sept. 9.

Since then, though, the Yankees have righted themselves amid Judge’s home run chase, and after failing in their first attempt to seal the division on Monday, they took care of business Tuesday.

They were hardly considered favorites after an offseason in which they passed up the chance to sign a marquee free-agent shortstop and weren’t able to land a big-name starting pitcher.

An MVP-caliber season from Judge kept them in first place for much of the latter part of the year, and he has gotten more help recently as the Yankees look to build momentum heading into the playoffs. 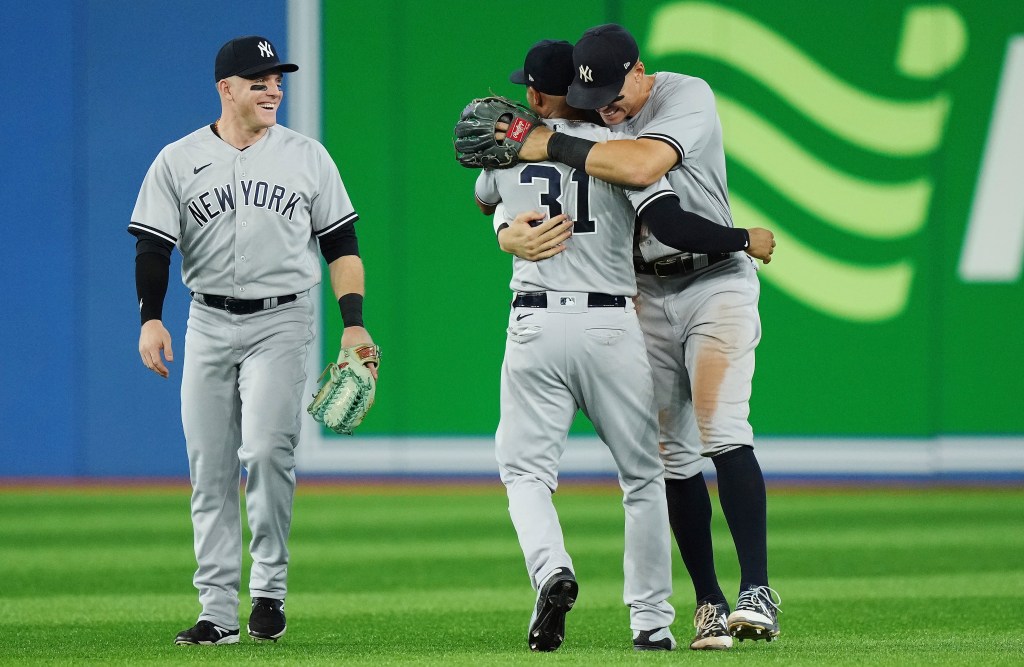 Gleyber Torres led the way Tuesday with three hits and three RBIs, while Jameson Taillon — who will likely be in the mix to be the No. 4 starter in the playoffs, along with Domingo German — was superb for a second consecutive outing.

After holding the Red Sox scoreless over six innings in his previous outing, Taillon gave up just a leadoff homer to George Springer in the bottom of the first before getting the best of the Blue Jays’ lineup.

Following Springer’s homer, Taillon retired 14 of the next 15 batters he faced and gave up just two runs over 7 ¹/₃ innings.

The Yankees’ offense got to Jose Berrios for two runs in the third inning.

Kyle Higashioka led off with a single and moved to second on a one-out walk by Judge. Anthony Rizzo grounded a single through the right side of the infield to drive in Higashioka and tie the game. Torres followed with a base hit up the middle to give the Yankees a 2-1 lead before Josh Donaldson and Giancarlo Stanton struck out to end the inning.

Judge led off the fifth with another walk and moved to second when Rizzo’s pop fly to shallow center fell in. Torres then delivered his second run-scoring single of the night to drive in Judge to make it 3-1. Rizzo was thrown out at third on the play.

Donaldson reached on a throwing error by Bo Bichette from shortstop, and with runners on the corners, Stanton whiffed again and Oswaldo Cabrera grounded out. 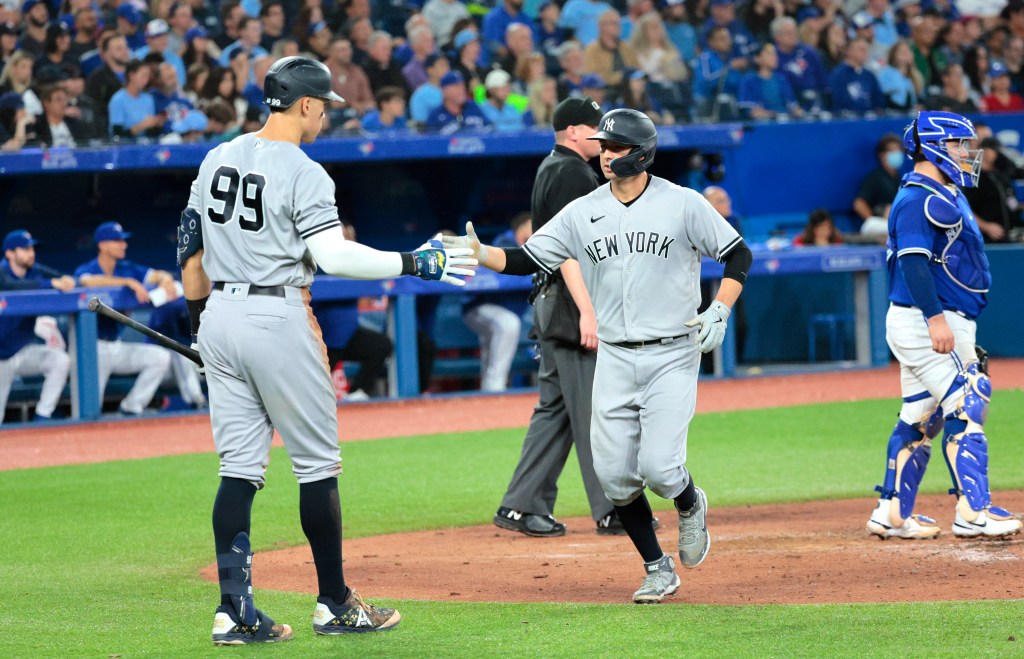 Higashioka doubled in the sixth and scored on an Aaron Hicks double before Torres added his third RBI base hit of the night.

The Blue Jays had a chance to get back in the game in the bottom of the inning, but ran themselves out of the inning.

After Springer’s one-out single, Bichette hit one to center and slid head-first into second, but he overslid the bag and Isiah Kiner-Falefa alertly tagged Bichette’s foot for the second out.

With Springer on third, Vladimir Guerrero Jr. singled to left, but inexplicably tried to get to second on the play. He was thrown out easily by Hicks after Springer scored. The Aaron Judge wait for No. 61 is beginning to...