Yankees-Astros could be preview for October playoff battle ST. PETERSBURG, Fla. — It’s not even July, but the Yankees and Astros both entered Wednesday with double-digit leads in their divisions.

Asked what he thought about the American League potentially being “boring’’ because of the lack of competitiveness — at least so far — in the AL East and West, Aaron Boone said, “I hope it remains boring.”

The upcoming series between the two in The Bronx figures to be intense, although Boone said he doesn’t consider it a postseason preview.

“I don’t get that caught up in it,’’ Boone said. “It’s a team we have a rivalry with. You appreciate being involved in a series like that. I don’t think I put any more into it. It’s not October. They’re important games against a great opponent and I hope we play well.”

Fans will undoubtedly look at the series in a different light than most other games, as they proved a year ago, when they went after Houston players — especially Jose Altuve — in their first chance to voice their displeasure about Houston’s sign-stealing scandal that cost the Yankees in 2017.

Altuve got the worst of it, with chants of “[Bleep] Altuve” echoing at the Stadium throughout the season — even when the Astros weren’t there. 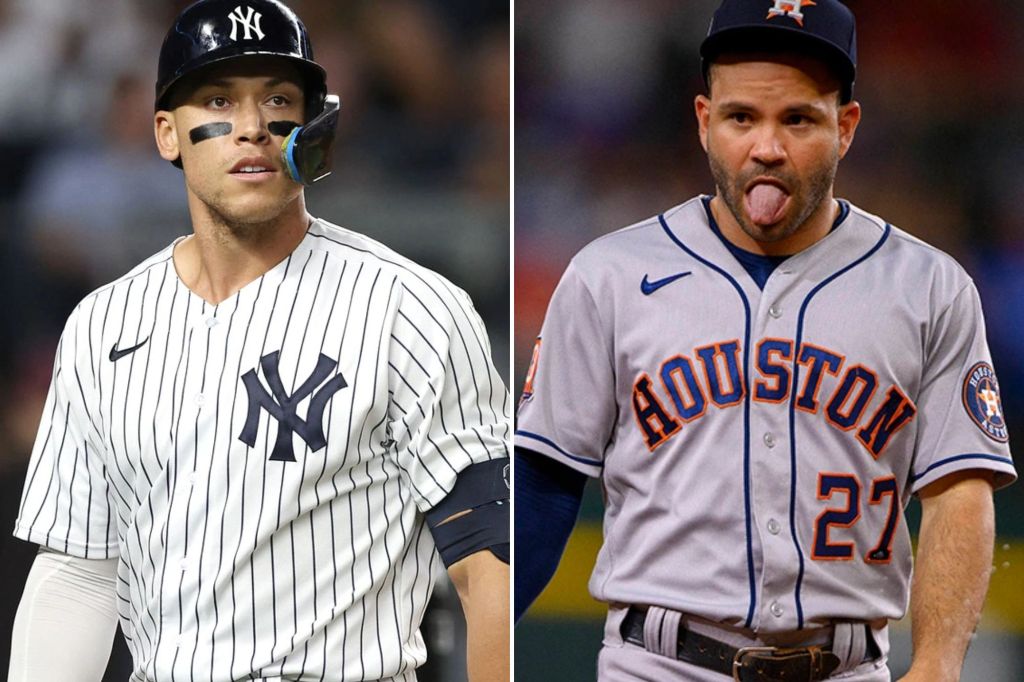 “I hope it’s civil and people are behaving,’’ Boone said of fans’ behavior. “No question when we get together with the Astros, it’ll be the summer months and it’ll be intense, but hopefully it’s good, clean civil fun.”

Because as general manager Brian Cashman said during spring training, the Yankees are not over the Astros’ cheating in 2017, which the GM called “horrific.”

If the two division leaders continue anything close to their current pace, an October rematch of 2017 and ’19 could be at hand.

“It’s like with Toronto and Tampa Bay, when Houston comes in, you have to play well to beat them,’’ Boone said. “They’re playing well in every facet of the game.”

Others undoubtedly will consider it a look at what October might have in store, as they meet for the first time this season, since the Yankees’ first series in Houston was delayed when Opening Day was pushed back due to the MLB lockout.

Even without Carlos Correa, the Astros have remained among the best teams in the game and haven’t skipped a beat despite losing the star free agent shortstop to the Twins in the offseason.

Part of that sustained success is the performance of Jeremy Pena, the team’s new shortstop who has been out with a left thumb injury.

And they’ll see Justin Verlander on Friday, as the right-hander has looked like the same Cy Young award candidate he was before his Tommy John surgery.

“Getting Verlander back in the mix fortifies a really good rotation,’’ Boone said. “He’s impressive, coming off his latest injury and jumping back in and essentially being the Justin Verlander he’s been his entire career.”

And they’re getting MVP-like numbers from Yordan Alvarez (21 homers and a 1.064 OPS) and superb pitching from Verlander and Thursday’s starter, Framber Valdez.

While the Yankees have so far kept well ahead of Toronto, Tampa Bay and the Red Sox — who are playing better — the Astros are in an AL West that features the reeling Angels and Rangers.