Winona Ryder on split with Johnny Depp: ‘That was my “Girl, Interrupted” real life’

Winona Ryder was arrested for shoplifting in Beverly Hill’s Saks Fifth Avenue in an incident that’s now Tinseltown lore. The “Stranger Things” star subsequently explained that she had broken her arm and the painkillers prescribed by her doctor had left her disoriented. At the time, it was a sensational story eaten up by the tabloids.

“I definitely retreated,” Ryder, now 50, told Harper’s Bazaar in its July issue of the arrest, which temporarily sunk her career. “I was in San Francisco. But I also wasn’t getting offers. I think it was a very mutual break.”

Prior to that, the doe-eyed brunette’s phone had never stopped ringing after she appeared in 1986’s coming-of-age movie “Lucas.” The former ingenue went on to star in a succession of hits including “Beetlejuice,” “Edward Scissorhands” and the seminal ’90s slacker flick “Reality Bites.” 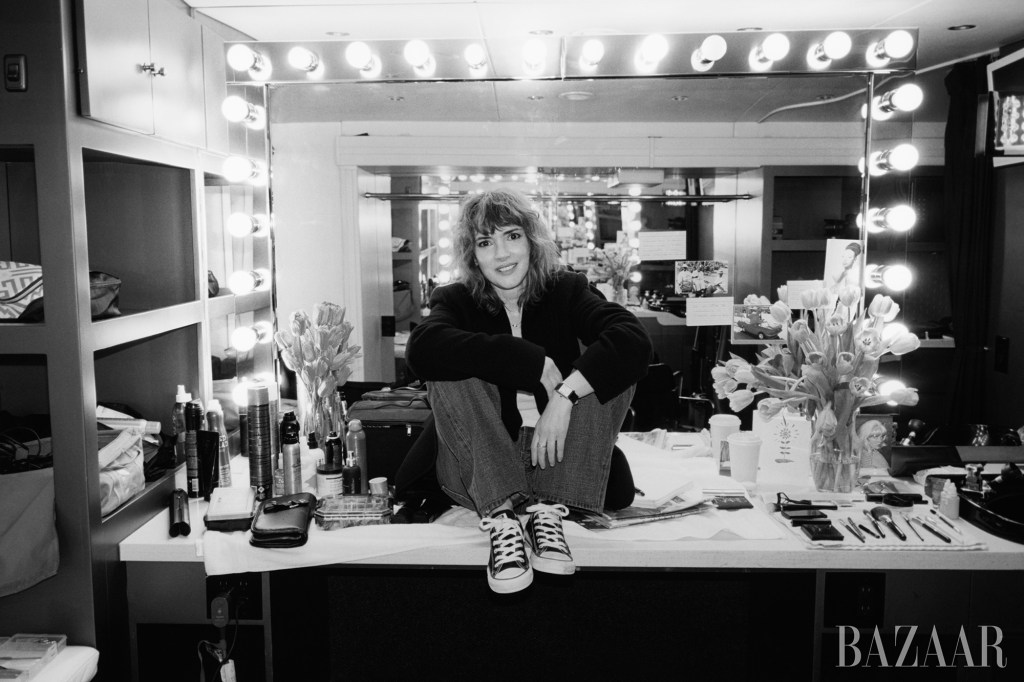 Ryder opened up to Harper’s Bazaar about her 2001 arrest, the pressures of Hollywood and Johnny Depp.Dan Martensen – All coverage mus

But Ryder, who was engaged to Johnny Depp in the early ’90s, struggled under the showbiz microscope. After the pair broke up in 1993, her life predicted her future art. “That was my ‘Girl, Interrupted’ real life,” she said of the 1999 film that she produced, where her character has a nervous breakdown and finds herself in a psychiatric facility.

She credits “an incredible therapist” for helping her be kinder to herself. “I just wasn’t taking care of myself,” she said.

Michelle Pfieffer, her co-star in 1993’s “The Age of Innocence,” also offered her advice and empathy. 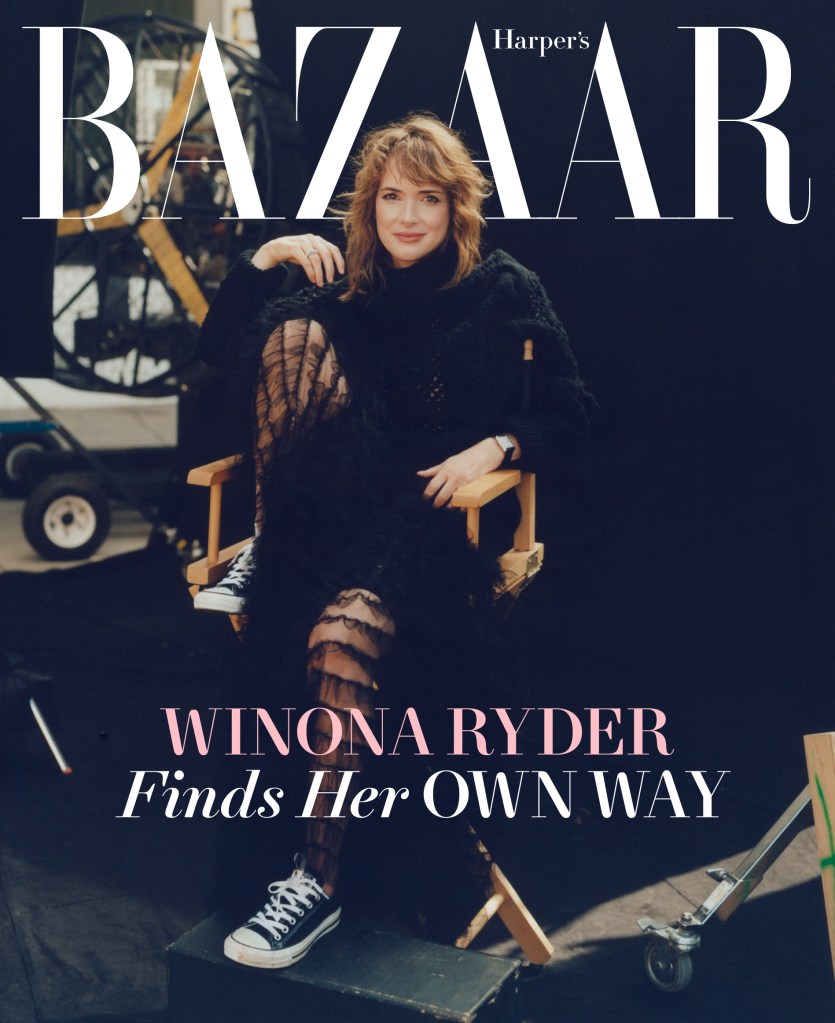 Ryder spoke to Harper’s Bazaar for its July digital cover.Photographs by: Dan Martensen

“I remember Michelle being like, ‘This is going to pass.’ But I couldn’t hear it,” Ryder said.

“I’ve never talked about it. There’s this part of me that’s very private. I have such, like, a place in my heart for those days. But for someone younger who grew up with social media, it’s hard to describe.”

After weathering Hollywood’s ups and downs in the ’80s and ’90s, Ryder now has wisdom to offer her younger co-stars on Netflix‘s “Stranger Things,” particularly Millie Bobby Brown, who plays Eleven on the series. 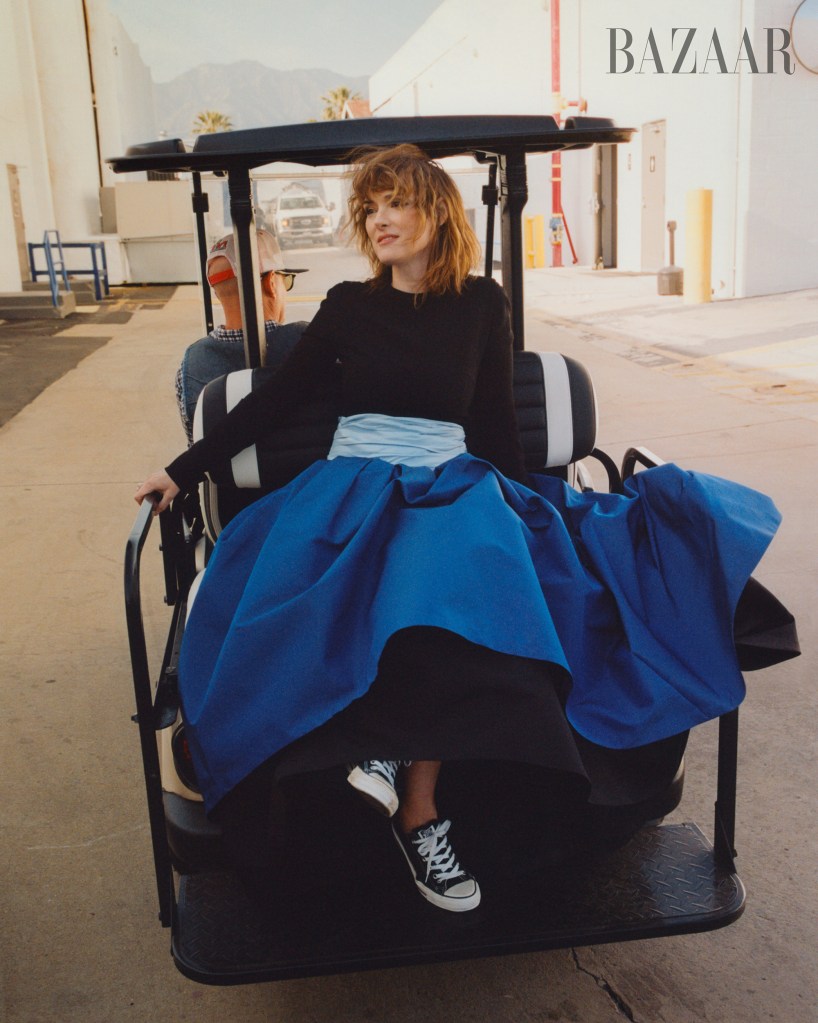 “Stranger Things” star Ryder spoke about struggling under the Hollywood microscope in the new issue of Harper’s Bazaar.Dan Martensen – All coverage mus

“She’s talked to the kids about what celebrity is like and how the press can be and the anxiety and confusion that comes along with celebrity,” show co-creator Ross Duffer told the magazine.

Her life experience has also come in handy for the script. Co-star David Harbour said Ryder interjects to tidy up historical details on the show, which premieres the second half of its fourth season on Friday.

“She’d tell them, ‘This song actually came out in ’85, and you have it in ’83.’ She knew all of these minute, tiny details they didn’t even know, and they had to change things in the script based on that.” Winona Ryder: I ‘wasn’t taking care of myself’...