As the Rangers prepare to face two of the top teams in the NHL this week — Vegas and Colorado — the conversation surrounding the team is a lot different than it was expected to be for a club coming off an Eastern Conference Final appearance last season.

The questions were supposed to be: Are the Rangers on the same level as the Avalanche, the reigning Stanley Cup champions? Can they assert their dominance over two elite teams and establish themselves as part of the upper-echelon of the NHL?

Now, though, it seems far-fetched to compare the Rangers to those organizations, both of whom rank higher than the Blueshirts in their respective divisions. Instead, the Rangers are facing questions about what is missing, or if significant personnel and management changes have to be made to turn things around. And more to the point: How did the team end up here?

The Rangers have fallen drastically short of the expectations that hovered over them to start this season, even after Monday’s come-from-behind 6-4 win over the Blues. Perhaps the most befuddling part of it all is the fact that the team is rolling primarily with the same players it started the 2021-22 campaign with, aside from the notable tradeoff of centers Ryan Strome for Vincent Trocheck and backup goalies Alexandar Georgiev for Jaroslav Halak.

Which leads me to wonder: At what point will the Rangers feel they have nothing to lose and begin trying things out that could flip the narrative this season? 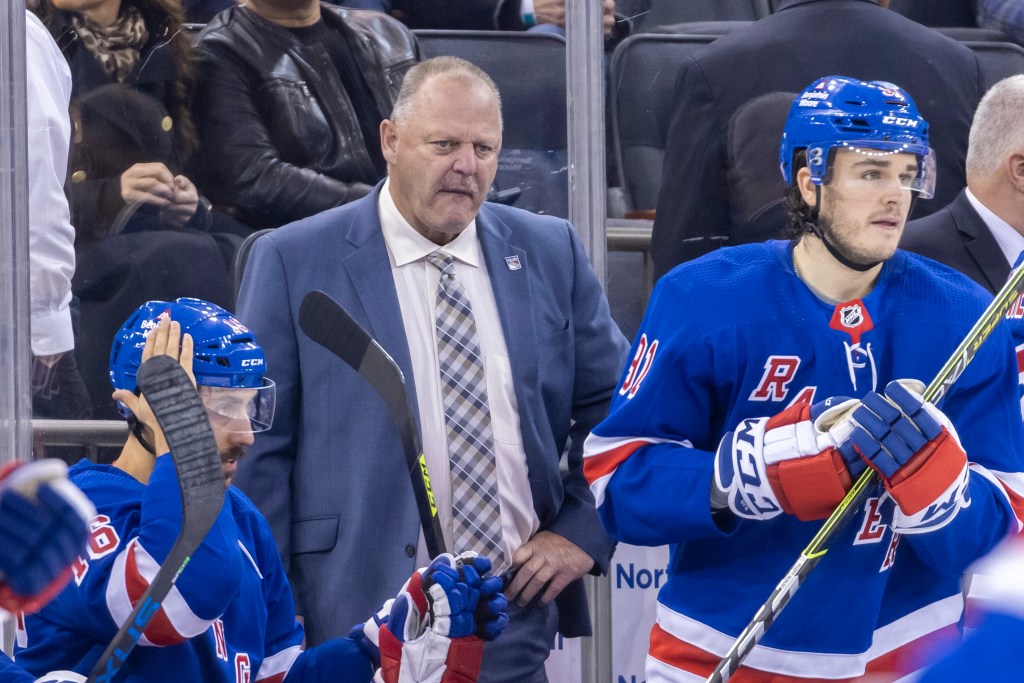 Rangers coach Gerard Gallant has started to adjust his power play rotation in recent games in an effort to break the Rangers out of their malaise.Corey Sipkin

Rangers head coach Gerard Gallant has already started to tinker with one of the few aspects of the team’s game that has been cemented in stone for some time. In the last few games, the second power play unit of Jacob Trouba, Alexis Lafreniere, Kaapo Kakko, Sammy Blais and Filip Chytil (currently injured)/Vitali Kravtsov has been granted more than just their usual 20-30 seconds of ice time with the man-advantage.

Usually, the top unit of Adam Fox, Mika Zibanejad, Vincent Trocheck, Artemi Panarin and Chris Kreider almost never leave the ice. But they’ve been in a bit of a rut lately, despite Zibanejad’s power-play goal late in the second period of their 5-2 loss to the Blackhawks on Saturday. Considering how much the Rangers rely on their power play for offense, why not switch it up and give the second unit more of a chance to show what they can do?

Plus, throwing out the No. 2 group to start a power play would likely throw off the opponents who have likely been incessantly preparing for the No. 1 group. Because it looks like every time the top unit takes the ice, it appears other teams have been memorizing exactly what the Rangers’ first power play does. 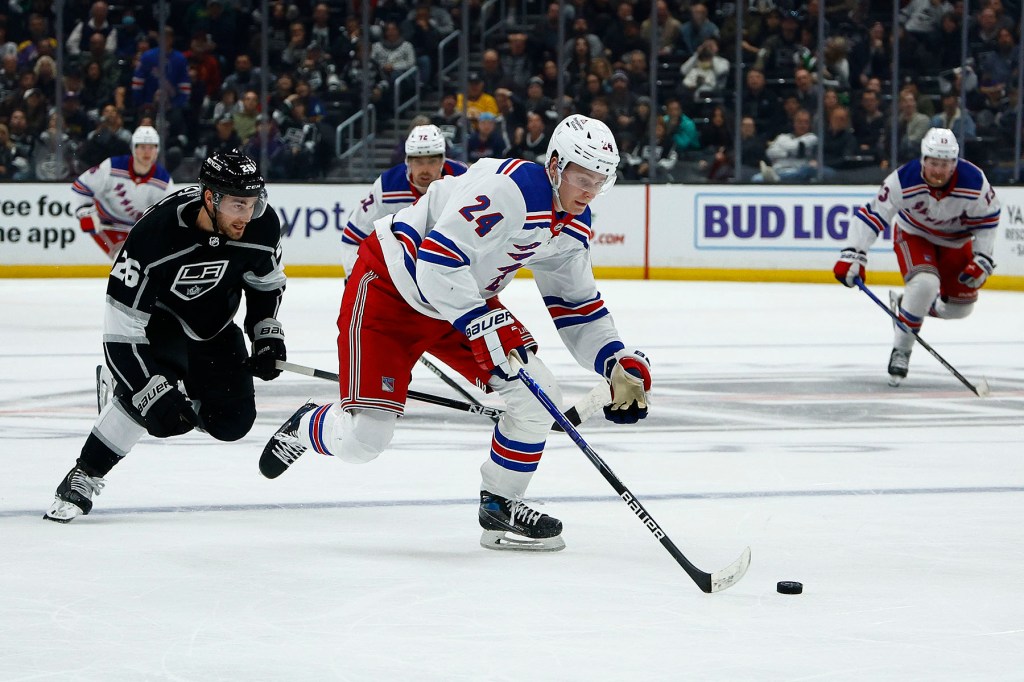 In giving Kaapo Kakko less than 15 minutes on the ice each game, the Rangers have made it difficult to assess whether he could thrive with a larger role.Getty Images

This all somewhat leads into how the Rangers manage their young talent. They have two top two NHL draft picks in Alexis Lafreniere and Kaapo Kakko, who are in their third and fourth years in the league, respectively, and each of their career 14:12 and 14:57 average ice time has not been nearly enough to accurately evaluate what kinds of players they are.

Sure, the Rangers have a large portion of their cap wrapped up in long-term deals for their star players. There’s a commitment that comes with that. But if the stars aren’t delivering, then what is the harm in letting the kids fly and seeing what happens?

Kakko started the first 14 games of the season on the right wing of the top line with Kreider and Zibanejad. Lafreniere spent 12 games on the right wing of the second unit alongside Panarin and Trocheck. Since then, both have been relegated to the third line with limited ice time when taking into consideration that they don’t get any significant power-play minutes either.

“He doesn’t get the same opportunity as some of those kids that are ahead of him on other teams,” Gallant said of Lafreniere earlier this month. “And that’s probably a little frustrating to him at times, but it’s the way our team is built. So just keep working hard and keep getting better. I’m not disappointed in him one bit. He’ll work hard, he plays a complete game, he finishes his checks. He’d love to see the numbers better, and so would we.” 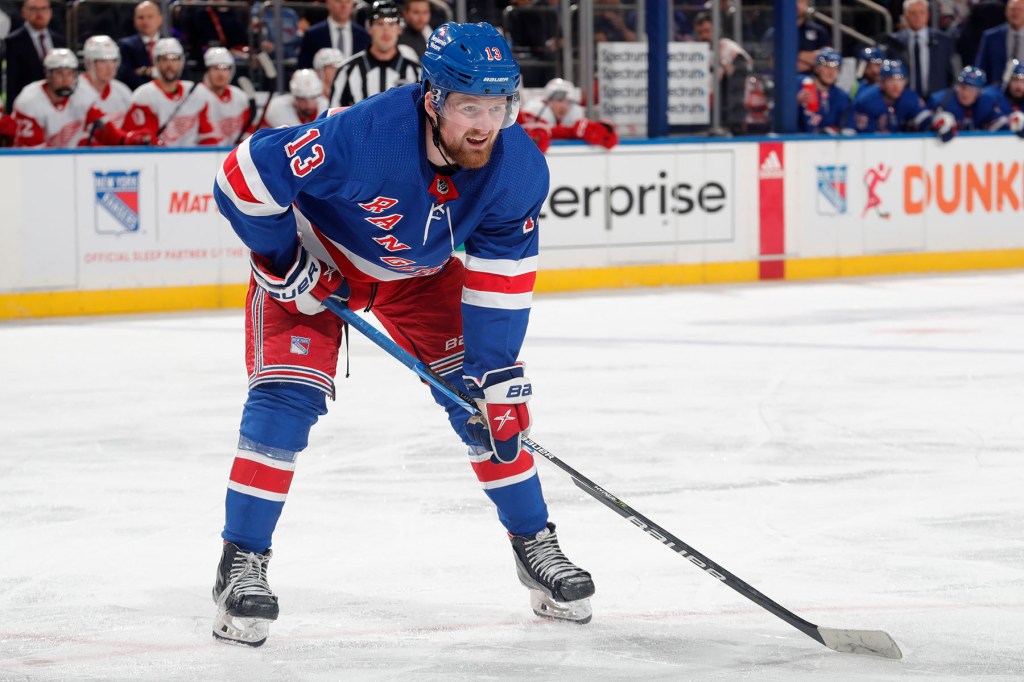 Gallant said that while he understands Alexis Lafreniere may want more minutes, the Rangers want to see more “numbers” from him, too.NHLI via Getty Images

To say this is just how the Rangers are built is looking at the situation with tunnel vision. The Rangers have the power to manage their young players in a way that allows them to find their game at the NHL level. But it’s already been made clear that they don’t trust them in such roles, which is a problem in itself. Jimmy Vesey has been as deserving of a top-six spot as any player on the Rangers, but not when there are still questions surrounding what the club has in two of the organization’s top draft picks that are considered to be the future.

The Rangers need to find out what they have in Kravtsov, as well, but has he shown more than Lafreniere and Kakko to warrant top-six minutes? Everyone from the players to Gallant have acknowledged that changes need to be made, the question is, when are they actually going to be done?

Thanks to our Texts from the Blueseats subscribers for all the mailbag questions. There were a lot this week, so tune into our Up in the Blueseats podcast, where I’ll answer a lot more than I was able to here.

Based on the first quarter performance of the team, how long do you think management will wait before taking action and what do you think that action will be?
— Everyone

This is the No. 1 question the Rangers currently face. When do they push the panic button? I think making a coaching change this early in the year after such a prolific 2021-22 season would do little more than sound alarm bells in the locker room and take away any remaining bit of confidence the players might have left from last season. That said, if the Rangers continue down the path they are currently on and fall further out of the playoff race, it’s totally possible there’s a change made later in the season. I don’t anticipate anything drastic for at least a couple more months, unless things blow up behind closed doors.

Was Ryan Strome that much of a locker room guy? Did losing the trade-deadline acquisitions — Andrew Copp, Frank Vatrano, Tyler Motte, Justin Braun — gut the team more than we realized? Did we not appreciate Alexandar Georgiev as a reliable back up enough when we had him?
— Chuck Biczak, Marc Thiessen, William Gallagher

It’s fair to wonder how much of a loss Strome was. For Panarin in particular, I wonder how comfortable he became next to Strome and if that has had any effect on his play this season. Strome also was a very calming presence in the locker room, in addition to a voice that seemingly fired everyone up, as well. 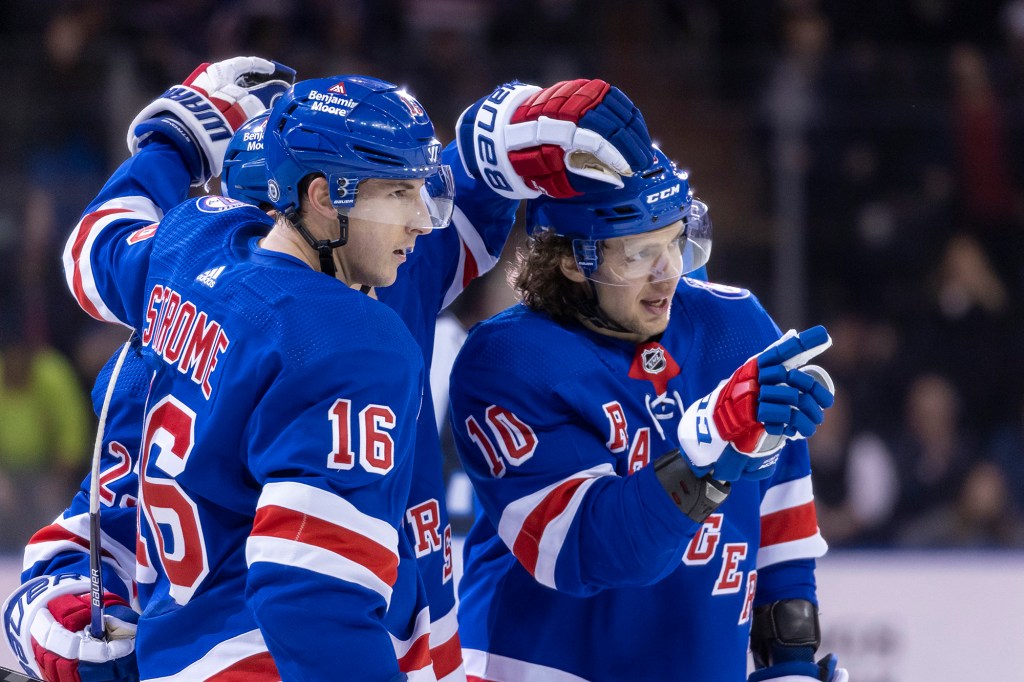 The departure of Ryan Strome appears to have taken something from Artemi Panarin’s game this season.Corey Sipkin

As far as the trade deadline acquisitions, it’s difficult to discuss because there weren’t really any scenarios where any of them could be kept. Maybe Motte, who was seeking a multi-year deal the Rangers simply couldn’t afford and one he wasn’t even able to get elsewhere. I think Copp, Vatrano and Motte completed the Rangers in a way and the team grew accustomed to their contributions. Now that that’s gone, it’s fallen on the young players, who aren’t delivering and also aren’t being given the full opportunity to do so.

I definitely don’t think Georgiev was appreciated for the goalie that he is. He was never going to stay as a backup in New York, but it’s clear from his play in Colorado he’s an outstanding netminder.

Struggling lately to understand the identity of the Rangers. Are they a hard forecheck team? A speed/transition team? A tight checking defense-first team? I don’t see any real system or identity anymore.
— Robert Hanley

I think the Rangers have lost sight of their identity a bit. They are such a high-skilled group with physical undertones and speed sprinkled throughout. But they aren’t playing fast enough or taking advantage of the fact that they have so many players who can win puck battles by simply getting to it first. Kreider probably said it best the other night during our conversation after their win in Ottawa: “When the skill comes out, it’s because the will comes first.” Part of that is grinding for their space on the ice and playing a physically imposing game that can create opportunities for their elite talent to shine through. 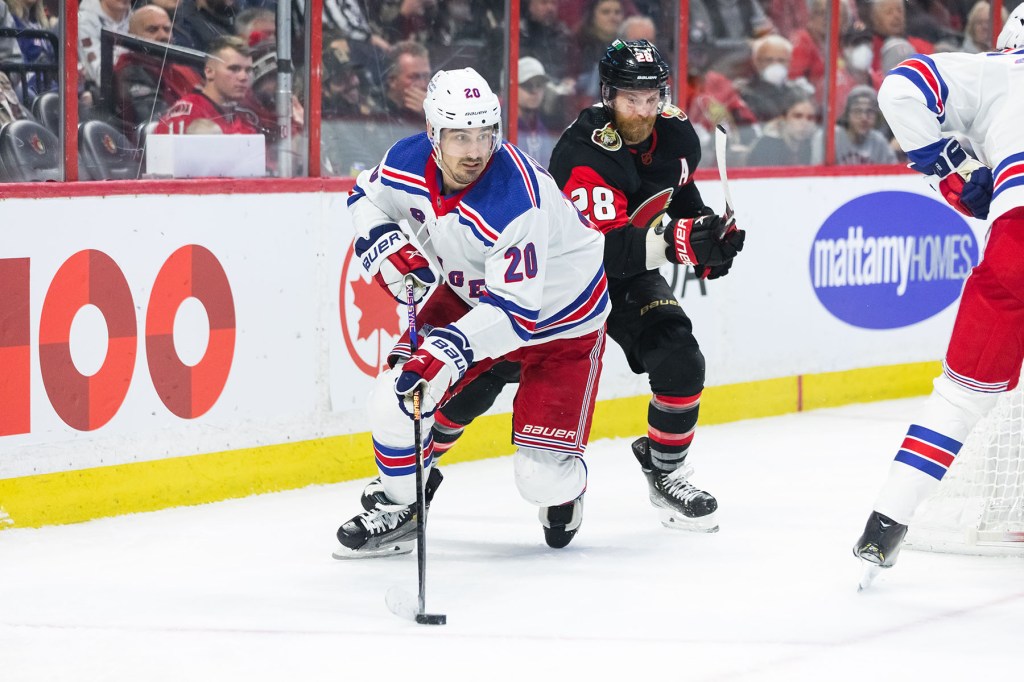 Chris Kreider noted after a recent win over Ottawa that any success the Rangers have comes from not only skill, but their will, too.Icon Sportswire via Getty Images

Why no Will Cuylle or Matthew Robertson?
— Michael Shalett

Cuylle and Robertson are far from the answers to the Rangers’ problems. Throwing in a player like Cuylle, who would be a fourth-line player, is not going to help the lineup score more. Robertson didn’t do much in training camp to even warrant a look in more than one exhibition game, which should tell you a lot. If anything, Zac Jones is the one who should be given more of a shot to find his footing at the NHL level. I understand the thinking behind sending him back to AHL Hartford and wanting to get him significant minutes, but not when he didn’t get more than six games in a row (every other stretch was two to three games) to get going before being pulled out of the lineup.

sagging rangers something
Read The Rest at
nypost.com