Vikings’ Adam Thielen did not enjoy his Thanksgiving turkey reward After he helped lead Minnesota to a Thanksgiving Day win over the Patriots, 33-26, Thielen, along with Vikings quarterback Kirk Cousins and wide receiver Justin Jefferson ate turkey legs on the field, where Thielen nearly choked on his before spitting it out on the sidelines.

The Vikings players were invited to eat the ceremonious turkey as part of the NFL’s holiday tradition, which Cousins said is “great memory,” referring to doing the same with Washington after a win over the Giants in 2017.

Jefferson added that he couldn’t eat turkey legs with his teammates because he was wearing diamond mouthgear.

“I gotta take my grillz out to eat it,” he said. 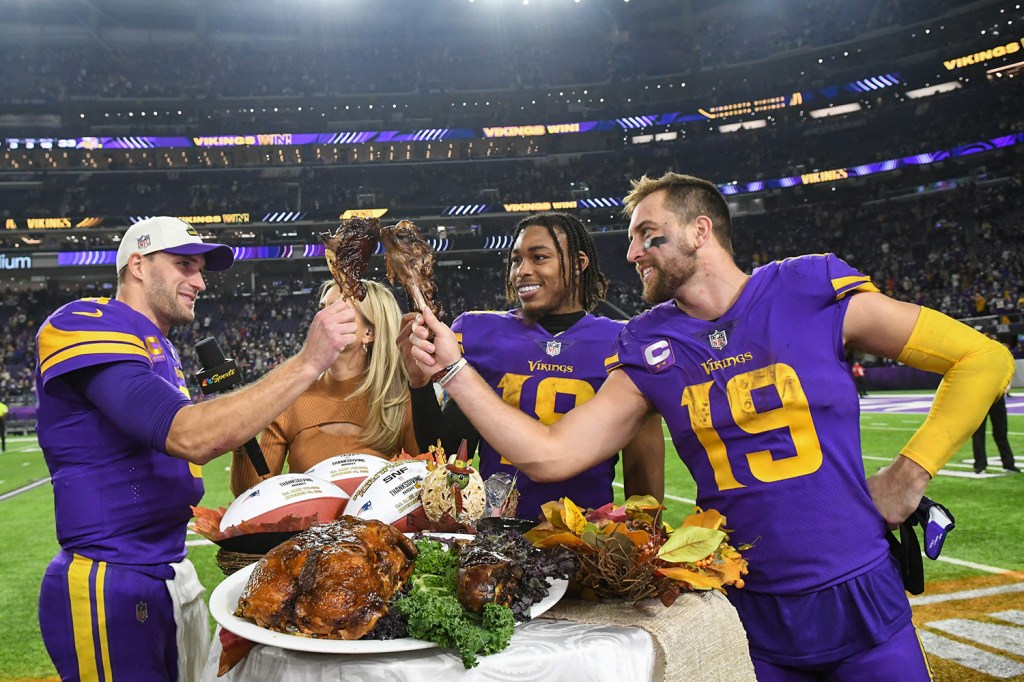 Vikings quarterback Kirk Cousins and wide receivers Justin Jefferson (18) and Adam Thielen (19) cheers with the turkey legs after a win over the Patriots on Nov. 24, 2022.Icon Sportswire via Getty Images

The trio contributed clutch performances in a bounce-back win against the Patriots, following a blowout loss to the Cowboys on Sunday.

Cousins connected on 30 of 37 pass attempts for 299 yards and three touchdowns — two of which targeted Jefferson and Thielen. 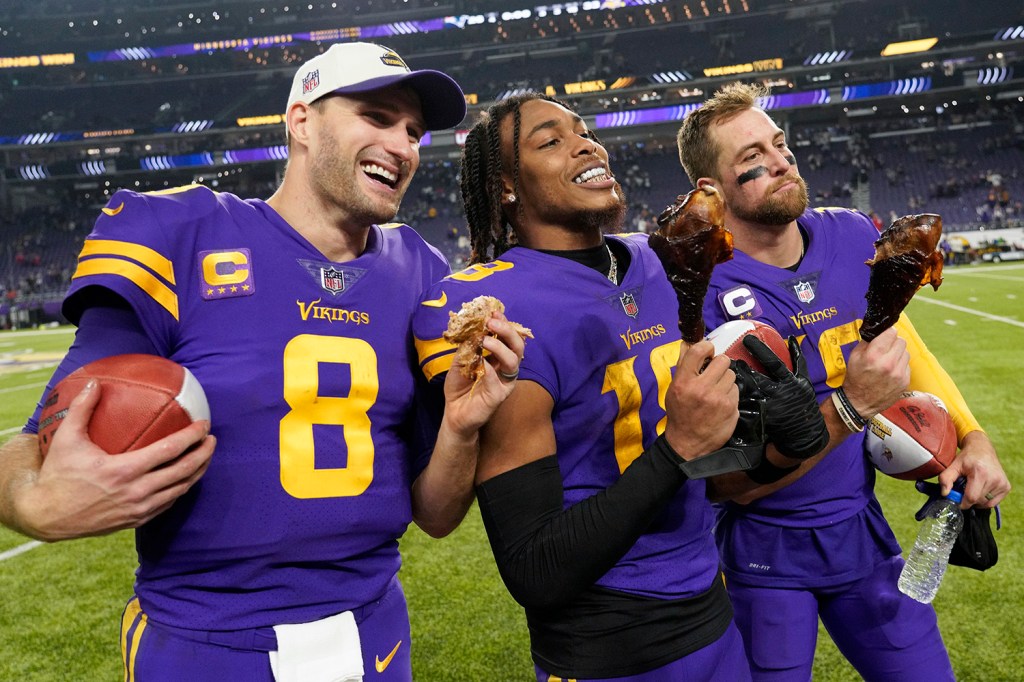 The Vikings host the Jets on Dec. 4.