Travis Scott stopped his Coney Island concert on Monday to ensure fans’ safety in the wake of his deadly Astroworld show in November, which was labeled a “mass casualty event.”

The 31-year-old “Sicko Mode” rapper was performing at The Day Party at The Coney Art Walls when fans scaled a lighting truss for a better view of the show.

Scott spotted the fans — including one that was dressed as Spider-Man — dangling from the contraption and ordered them to come down. They obliged, and the show went on, TMZ reported.

“Travis is committed to doing his part to ensure events are as safe as possible so that fans can have fun, and he encouraged fans to listen to requests from security and climb down from the lighting structures so that everyone would be able to safely enjoy last night’s performance,” a spokesperson for Scott told The Post on Tuesday.

Footage from the performance shows similar conditions to those of last year’s Astroworld Festival in Houston, where 10 attendees were crushed to death in a massive crowd surge. 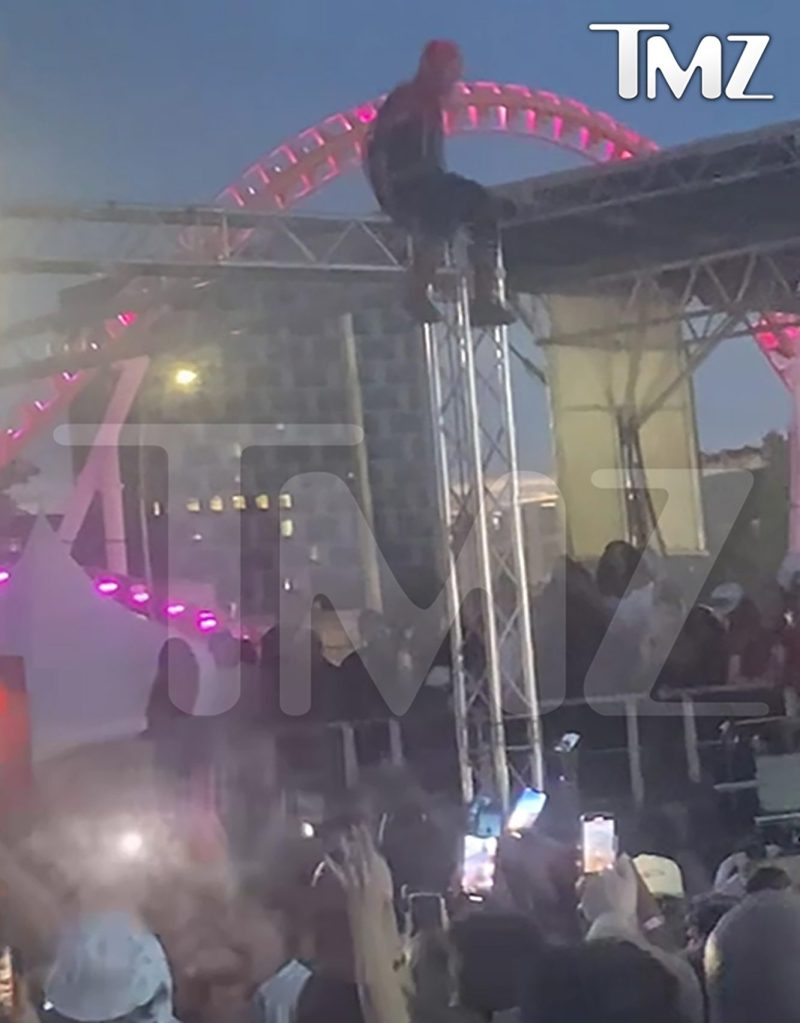 Travis Scott told fans to get back on the ground. TMZ.com 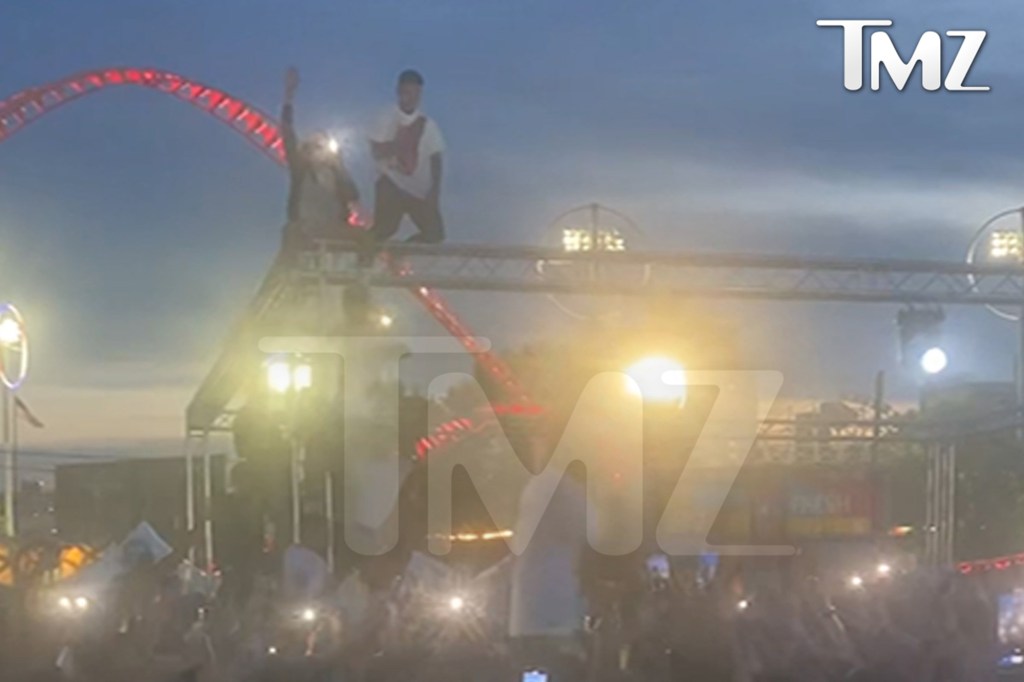 The fans obeyed his request and came down.TMZ.com

Scott alleged that he did not see fainting fans and ambulances in the sea of 50,000 as he was performing. Still, he’s been hit with dozens of lawsuits.

Scott has slowly returned to live performances. With the help of Diddy, he performed at the Billboard Music Awards on May 15. He was set to perform at Nevada’s Day N Vegas festival, but the event was scrapped due to “a combination of logistics, timing, and production issues.”

Instead, he spent his Fourth of July weekend performing at Miami club E11even on Saturday. 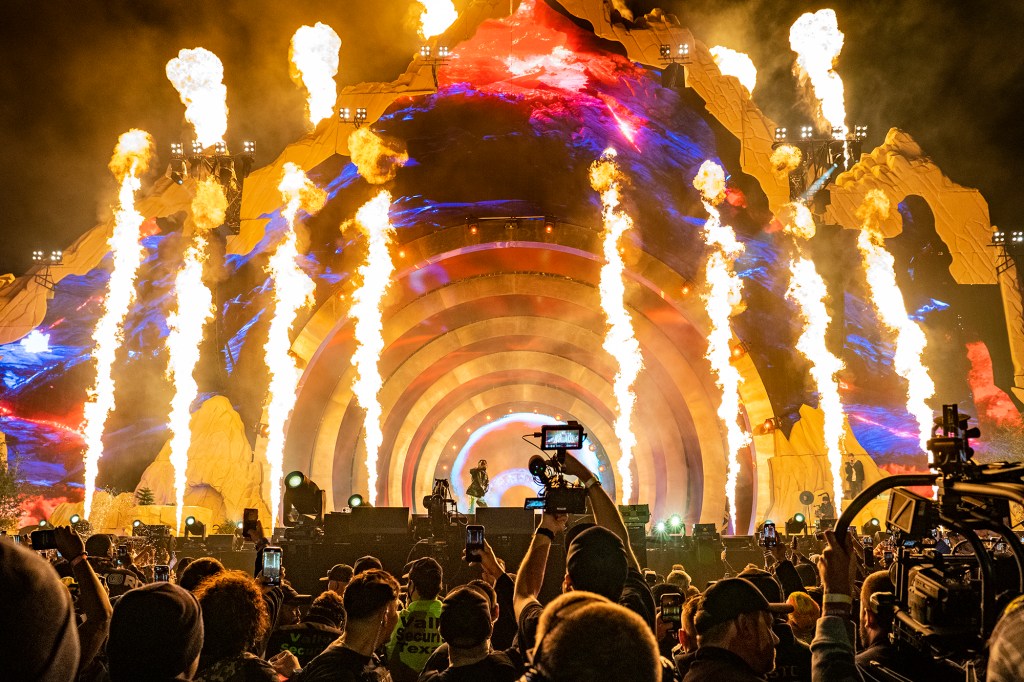 Scott’s awareness to his audiences comes after he denied knowing Astroworld 2021 festivalgoers were being trampled to death. WireImage, Alex Rodriguez details his Mets vision had he...