ARLINGTON, Texas — A mother-son trip to a major league game for a Florida family in need of diversion after their home was hit by Hurricane Ian turned into much more on Tuesday afternoon.

Samantha Sheffield and 14-year-old son Braylon were in town from storm-ravaged Fort Myers, sitting in the lower deck in left field at Globe Life Field when Yankees rookie Oswald Peraza hit a long drive in their direction against the Texas Rangers.

Braylon, a good-fielding middle infielder, reached to his left in front of his mom and made the catch on Peraza’s first big league homer, four rows beyond the wall.

“Saved my life,” Samantha said with a laugh.

The nifty grab came in the second inning in the opener of a day-night doubleheader.

“I reached over, caught the ball, kind of ripped away from another guy,” Braylon said. “He wasn’t trying to take it, but he had like his hand around my glove.” 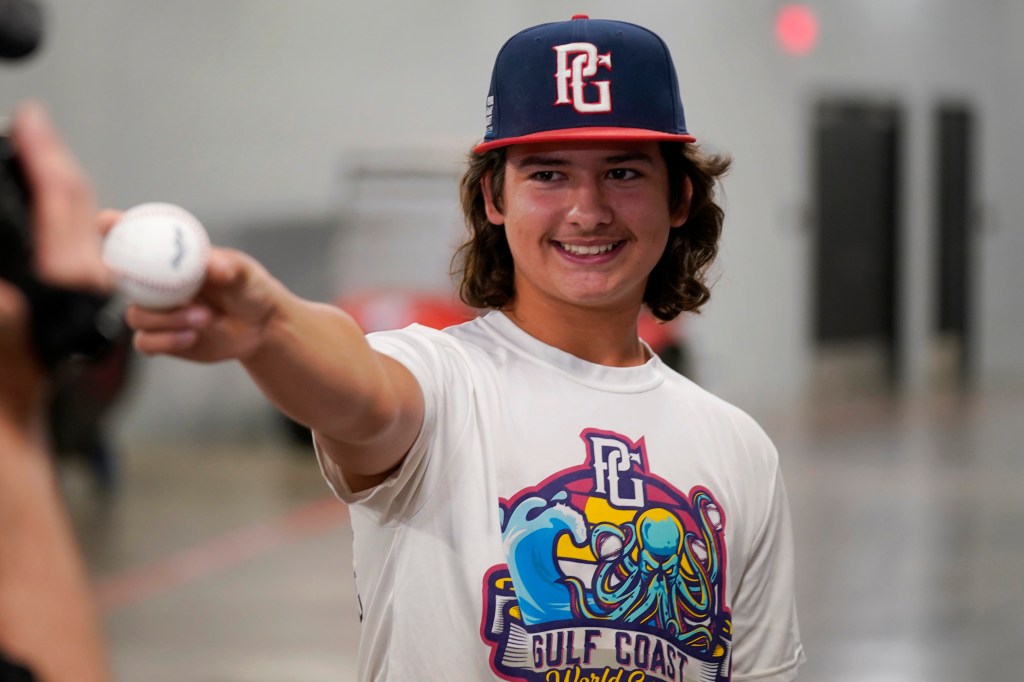 Braylon Sheffield, 14, of Fort Myers, Fla., shows one of the balls given to him by New York Yankees’ Oswald Peraza.AP

The second game of the doubleheader would see a much more significant home run hit to left field. Aaron Judge blasted his 62nd home run of the season, breaking Roger Maris’ American League record. That ball, which was snagged by investment banker Cory Youmans, is said to be worth at least $2 million.

A security guard told the Sheffields the Yankees would like the ball, which they gladly handed over. After the game, they met with Peraza outside the visitors’ clubhouse and received some signed baseballs and tickets to a future Yankees game in Arlington.

“I’m so happy. It’s so exciting,” Peraza said through a translator after the Yankees beat Texas 5-4. “To be able to connect there with my first homer with the team I love. Little by little, contributing here, and finding ways to get the job done.” 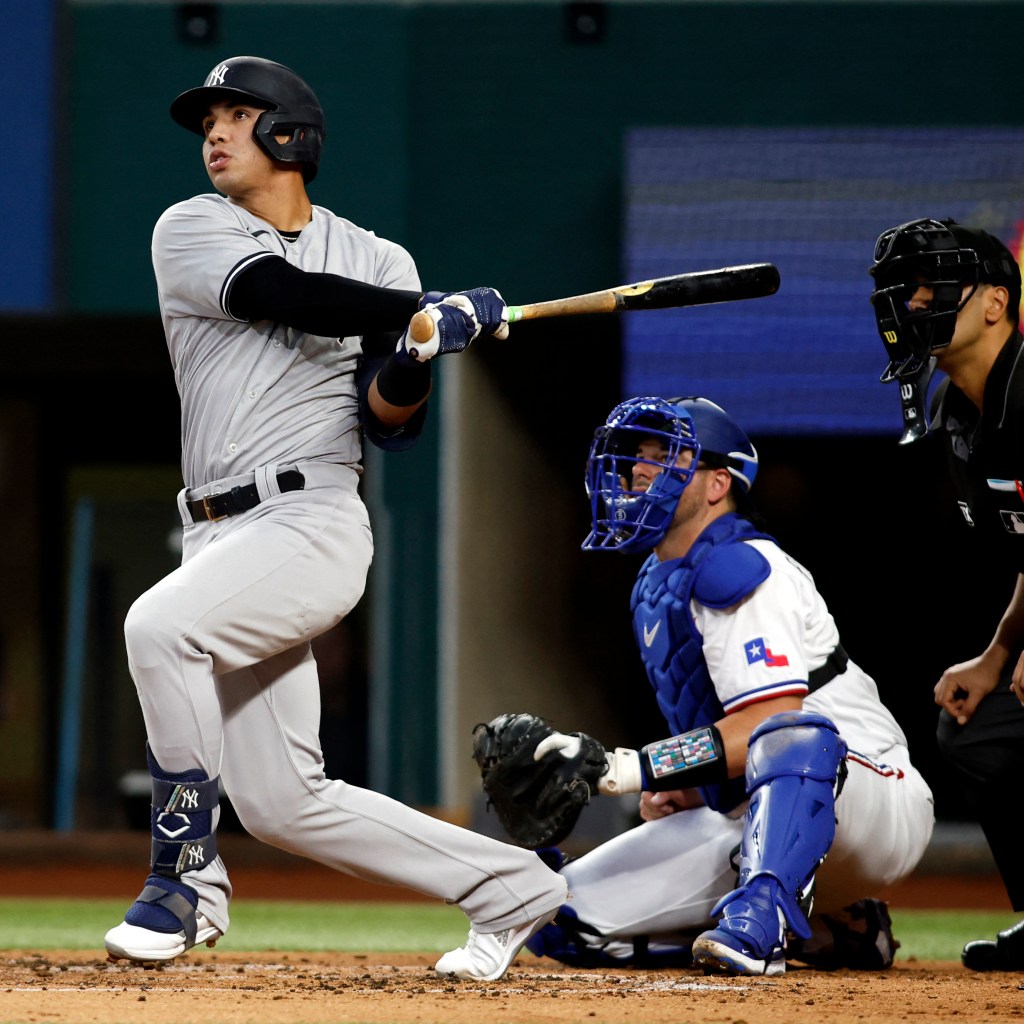 The damage to the Sheffields’ home during Hurricane Ian was relatively minor compared to others in their neighborhood. But the flooding of their garage ruined the collection of approximately 400 baseballs that Braylon had gathered for years.

Samantha, chief financial officer for Bay Colony Golf Club in Naples, Florida, and Braylon had planned the trip for months. Braylon, an Atlanta Braves fan, chose a Rangers home game because he wanted to see the club’s 3-year-old climate-controlled ballpark.

The timing had nothing to do with what brought many in the crowd of 30,553 to Globe Life Field for the game — Judge’s pursuit of homer No. 62.

“This was planned long before that was ever a thing,” Samantha said.

The Sheffields did get to briefly meet Judge after the game, too, hours before he would make history.

They drove across the state and flew to Texas from Fort Lauderdale last Friday. Braylon’s father, Mark, and younger brother Brody stayed home. 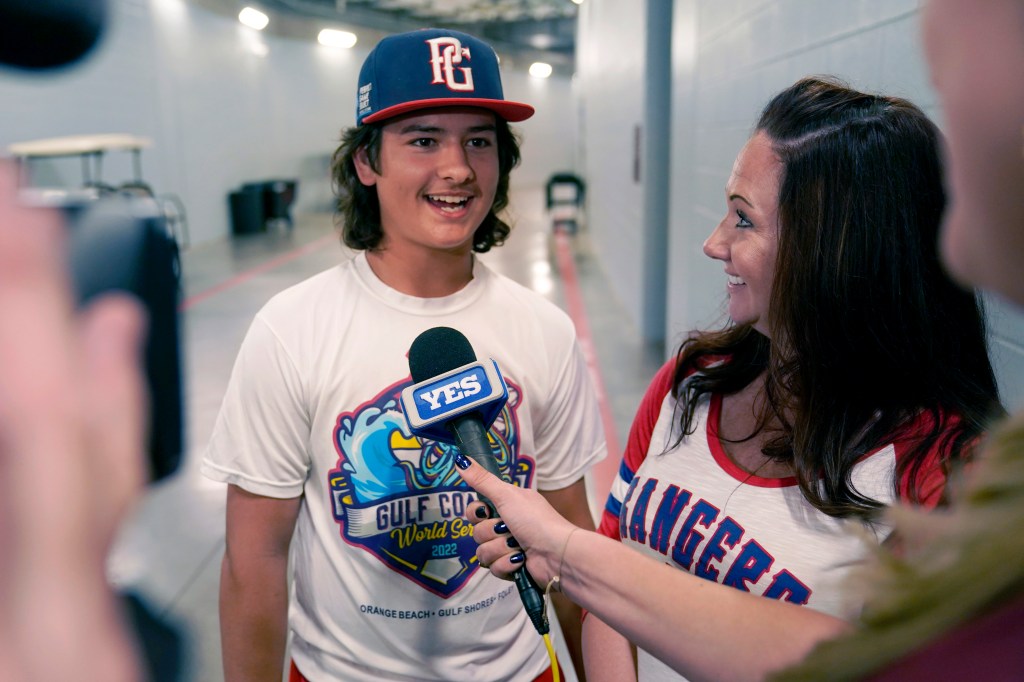 Braylon Sheffield with his mom Samantha.AP

Samantha’s priority in where to sit had nothing to do with prime homer-grabbing positioning.

“I bought tickets in the all-you-can-eat section,” she said. “I have a teenage boy.”

touching story behind caught yankees other milestone tuesday
Read The Rest at
nypost.com Why we’ll learn the truth about the Giants’...