MELBOURNE, Australia — Tommy Paul reached his first Grand Slam semifinal and ended the surprising run of Ben Shelton by winning their all-American matchup at the Australian Open 7-6 (6), 6-3, 5-7, 6-4 on Wednesday.

Paul, a 25-year-old from New Jersey, is the first man from his country to make it to the final four at Melbourne Park since Andy Roddick in 2009. Roddick was also the last man from the U.S. to win a Grand Slam singles championship, at the U.S. Open 20 years ago.

The 35th-ranked Paul was a star as a junior, taking the 2015 title at the French Open and getting to the final at Flushing Meadows that year. As a pro, he owns one tour-level title, at Stockholm in 2021 and, until this week, had made it as far as the fourth round at just one Grand Slam tournament — at Wimbledon a year ago.

His semifinal opponent will be 21-time Grand Slam champion Novak Djokovic or No. 5 seed Andrey Rublev. Djokovic entered their match on Wednesday night with a 43-10 career record in major quarterfinals; Rublev’s mark at that stage was 0-6.

The other men’s semifinal Friday is No. 3 Stefanos Tsitsipas against No. 18 Karen Khachanov. 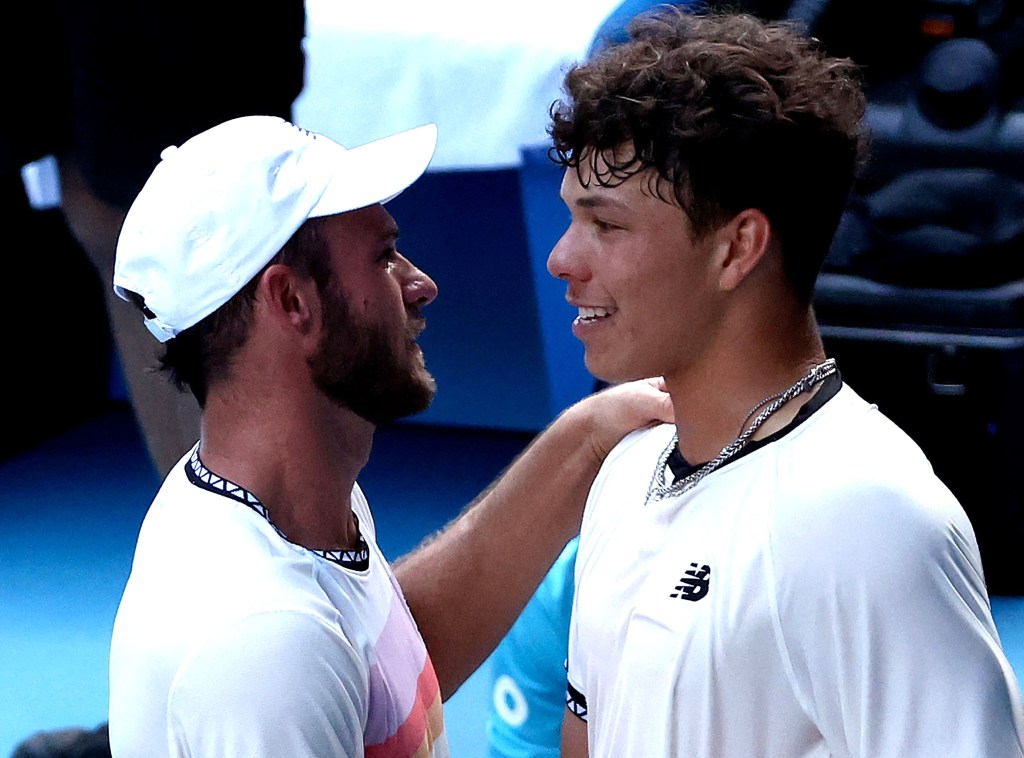 Azarenka, at age 33 the oldest woman left, and Rybakina, at age 23 the youngest, advanced with victories Tuesday; Sabalenka and Linette won quarterfinals Wednesday.

Linette never got past the third round in 29 other Grand Slam tournaments — and exited in the first round at 17 of those — but is still around after a 6-3, 7-5 win over two-time major finalist Karolina Pliskova. Linette’s ability to scramble and extend points troubled Pliskova, who finished with the same number of winners, 18, but far more unforced errors, 36 to 16.

“Some players, you kind of feel that the court is a bit bigger and you have many places where to play,” Pliskova said about the 45th-ranked Linette. “But with her, I didn’t really feel that way.”

Sabalenka made it to the fourth semifinal in her past six major appearances, but she is 0-3 so far at that stage. 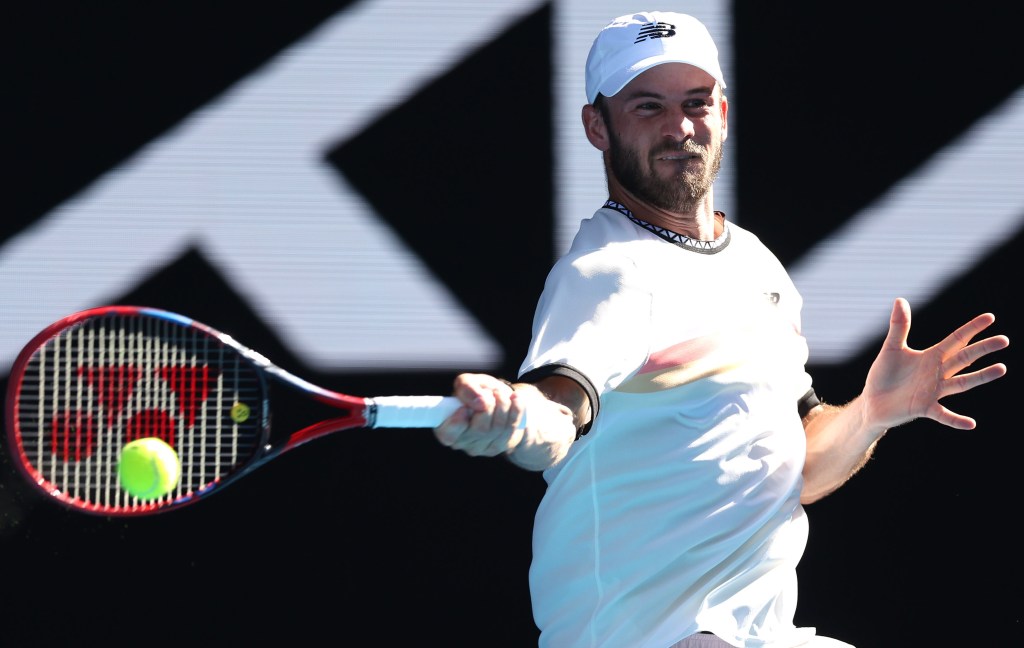 “I feel a little bit different. I think that I lost those three semifinals just because I wasn’t really calm on court. I was overdoing things. I really wanted to get (a) Slam. I was rushing a lot. I was nervous a lot. Screaming, doing all this stuff,” Sabalenka said. “Right now I’m a little bit more calm on court. I really believe that this is the only thing that was missing in my game. If I can keep stay that focus and that calm on court, I can get through it.”

Paul has been receiving a lot less attention in Melbourne than his younger, less-experienced countryman, Shelton.

Perhaps that was less a reflection on Paul and simply more a product of the fascination with the out-of-nowhere Shelton: Only 20, he was making his first trip outside of the United States and participating in only his second Grand Slam tournament, less than a year after winning an NCAA title for the University of Florida.

So the loud shouts of support heard most often at Rod Laver Arena under the sun that carried the temperature to 87 degrees Fahrenheit (30 Celsius) on Wednesday afternoon were for one of the pair: “Let’s go, Benny! Let’s go!” or “Benny, Benny, Benny! Oi, Oi, Oi!” or “Go, Gators!”

Still, Paul’s story is a pretty good one, too.

And, purely based on ranking, Paul offered a much sterner test than anyone Shelton had faced on this way to this round: Not only had Shelton not played any seeded players, but his opponents were ranked No. 67, No. 96, No. 113 and No. 154.

Paul, for his part, took out two seeds: No. 24 Roberto Bautista Agut and No. 30 Alejandro Davidovich Fokina. 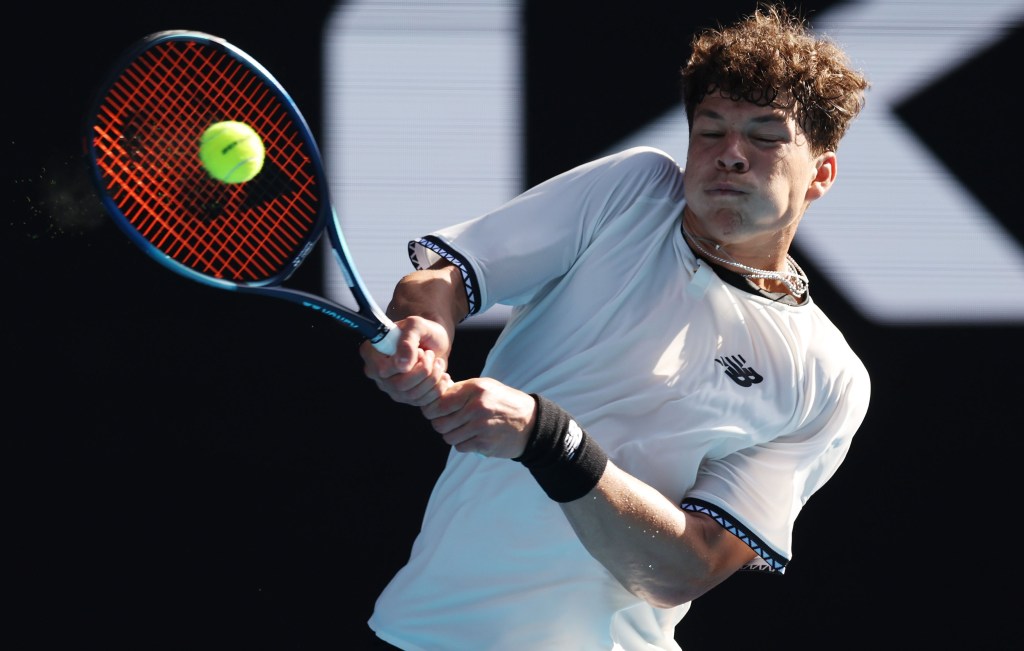 This matchup was the first singles quarterfinal between two American men at any Grand Slam event since 2007, when Roddick beat Mardy Fish in Melbourne, and Paul generally was content to block back those big lefty serves that kept coming from Shelton, then do what he could to get the better of baseline back-and-forths.

Paul was more steady than spectacular, limiting his miscues with compact swings off both wings.

Despite the age gap, Shelton and Paul know each other. Shelton called Paul a “good friend” and credited him with being “one of the American guys who’s kind of almost taken me under their wing, kind of helped me navigate some of the early stages of a professional career.”

They shared a light moment during the biggest match of their lives when Paul’s coach, Brad Stine, told him to look for a serve down the “T” on the Ad side of the court. Instead, having noticed the suggestion, Shelton swung his serve wide, leaving Paul out of position and with no chance at reaching the ace. Both players smiled.

Already up two sets, Paul broke to lead 4-3 in the third, then was serving at 30-love. But he went through a bit of a lapse. He missed a forehand, was forced into an errant forehand, double-faulted, and missed a forehand to get broken for the first time in the match.

Shelton broke again to steal that set when Paul sailed a backhand long. Shelton — the far more demonstrative of the two players — yelled, “Yeah!” as he raised his left fist, then pointed to his ear with his right index finger, as if telling the crowd, “Let me hear you!”

Maybe Shelton relaxed a bit there, because he started the fourth set slowly, double-faulting twice in a row then missing a backhand to gift-wrap a break for Paul, who quickly went ahead 2-0.

Soon enough, it was Paul letting out a scream of delight — “Let’s go!” — after the last point, then meeting Shelton at the net for a warm hug.