‘The Daily Show’ will continue sans Trevor Noah, despite its low ratings Noah, 38, has been working with Comedy Central “for a long time” to figure out how he could maintain the grueling late-night pace, insiders told The Post — while the Internet was abuzz with theories that his sudden departure is due to the cable show’s ratings.

“Let’s tell the truth here, #TrevorNoah is leaving the #DailyShow because the show can barely muster 400K viewers less than 1/3 of its viewership from 2015,” read one tweet after Noah announced his news, “… something tells me you won’t here [sic] much about ratings though around his departure..”

Another Twitter user chimed in that, “Anyone who thinks Trevor Noah was anything but fired for low ratings is an idiot.”

Noah’s numbers have been lower than Stewart’s, with a few exceptions (the 2016 election season helped spike his viewership) — both in the younger demo and total viewers — since he assumed the “Daily Show” anchor desk.

At its peak, in 2013, with Stewart at the helm, “The Daily Show” averaged 2.5 million nightly viewers; during Noah’s tenure, it was, initially, averaging a bit north of 800,000 nightly viewers but has since lost a chunk of its audience and has fallen below the 400,000 mark at times. 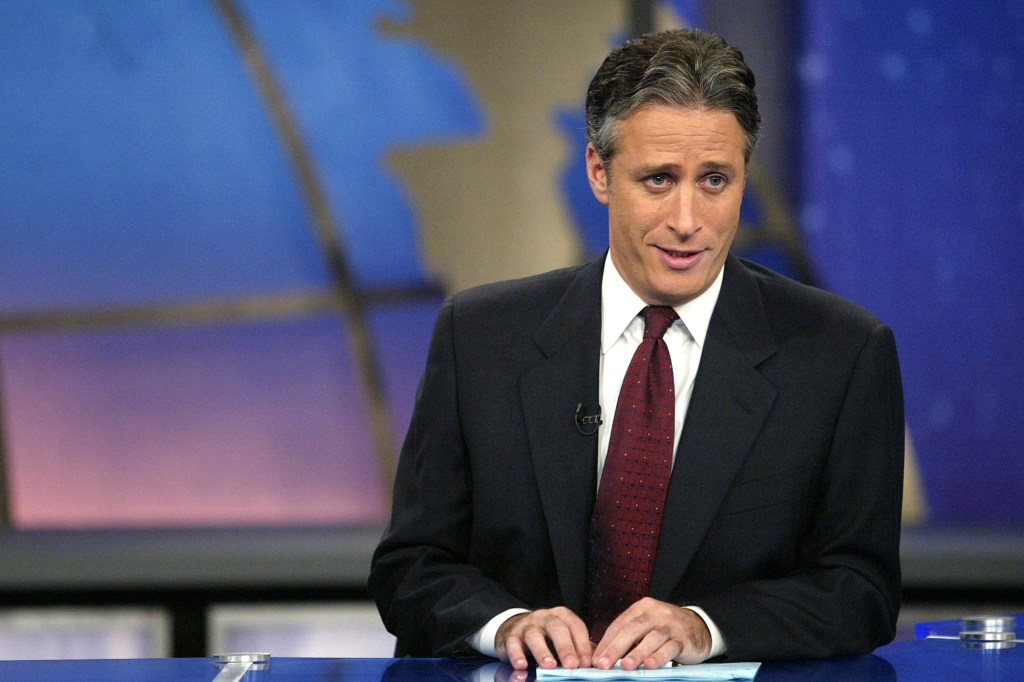 Meanwhile, sources told The Post that Noah’s decision to share his decision while taping Thursday night’s show was his and his alone.

“It was imperative for Trevor to share this news directly … as he wanted [his studio audience] to hear it from him first,” an insider said.

“We are grateful to Trevor for our amazing partnership over the past seven years,” a Comedy Central spokesperson said in a statement to The Post. “With no timetable for his departure, we’re working together on next steps. As we look ahead, we’re excited for the next chapter in the 25+ year history of ‘The Daily Show’ as it continues to redefine culture through sharp and hilarious social commentary, helping audiences make sense of the world around them.”

Noah assumed “The Daily Show” anchor desk on Sept. 28, 2015, succeeding Stewart, who, in turn, took over in 1999 from Craig Kilborn and helped build the show into a late-night force during his 16-year run.

His imminent departure creates another void in the shrinking late-night arena. “The Late Late Show” host James Corden announced in April that he’s leaving his 12:30 a.m. perch next year — no word, yet, on what CBS will do with that timeslot — while TBS canceled “Full Frontal with Samantha Bee” in July after seven seasons. Jimmy Kimmel, though, signed a three-year extension with ABC to continue hosting “Jimmy Kimmel Live.”

daily continue trevor despite ratings
Read The Rest at
nypost.com

The real Jeffrey Dahmer: What Ryan Murphy and...