Teofimo Lopez ‘back for everything’ after life-threatening decision Teofimo Lopez learned his greatest lesson from a career-altering decision.

As he reflects on the decision nine months later, the 25-year-old former unified lightweight champion of the world is still dealing with the ramifications of that choice. A changed Lopez, however, has now emerged, and is ready to be unveiled.

The Brooklyn native won over fans and viewers with his magnetic personality and attention-grabbing tricks and celebrations, highlighted by behind-the-back punches and backflips after wins.

He took over the 135 pound division with his elusive speed and devastating power, a viral knockout against Mason Mernard launching him toward another level of stardom. A win against veteran champion Richard Commey gave him the IBF title, and then a victory over pound-for-pound legend Vasiliy Lomachenko made Lopez unified champion, holding the IBF, WBA and WBO titles.

Lopez, known as “The Takeover,” was the king of the lightweights, freshly named boxing’s Fighter of the Year and rapidly climbing toward the top of the pound-for-pound hierarchy. Then came his decision. 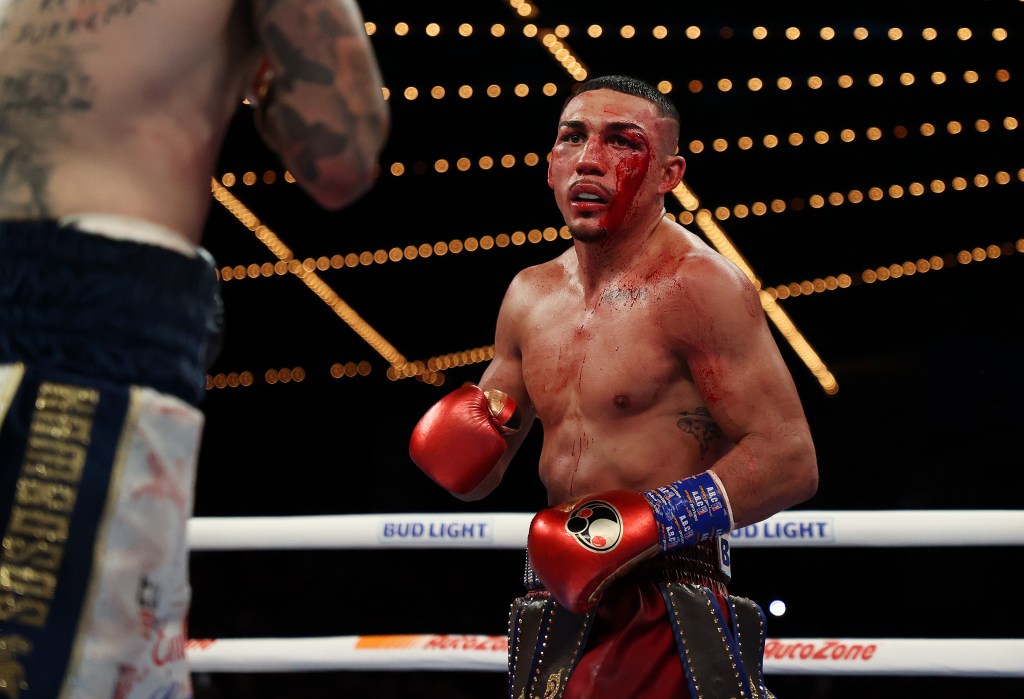 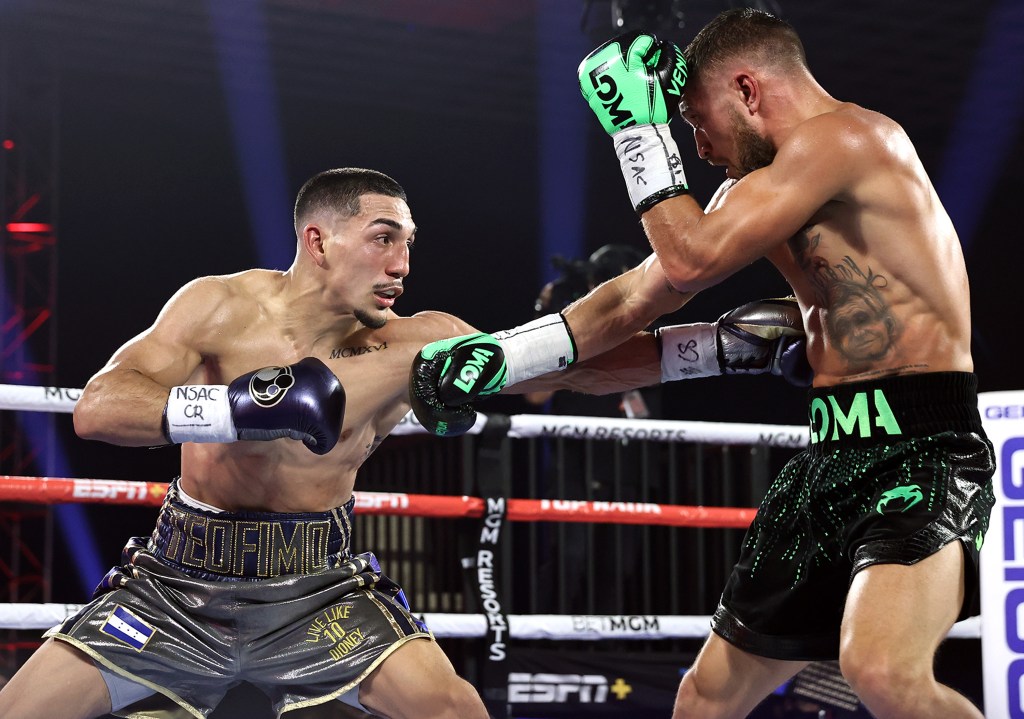 The buildup and confirmation of Lopez’s first unified title defense – which was to be fought against Australian George Kambosos – was delayed multiple times because of a positive COVID test from Lopez and venue complications. In the days before the bout, Lopez suffered what was revealed afterward as pneumomediastinum, with extensive air in the retropharyngeal space.

In other words, there were pockets of air surrounding his chest, heart and neck, likely caused by a tear in the esophagus while he was rehydrating after weigh-in. Lopez’s team urged him to visit the hospital and delay the bout. A life-threatening condition inside the ring, Lopez was likely not safe to fight.

Lopez had a decision to make – postpone the bout again, or risk his life in effort to continue his rise. He chose the latter.


“Honestly, the amount of postponements that were going on and everything throughout that year. Training eight to nine months preparing for one fighter, for one fight, it takes a lot, it takes a lot out of you,” Lopez told The Post. “It takes a lot out of a fighter, and just the amount of cuts, weight drops, going back and forth, just beating up your body like that. The pressure really was just, I’m an entertainer. At the end of the day – time. Time is something that we don’t get back. And for all those people out there that come out to support me and watch me, they’re taking the time out of their lives to come out and enjoy a show that they believe they’re gonna have, a good one…

“For me, I had to make a decision, I made an executive decision to push that, and say ‘I can’t let my people down. I can’t let the world down.’ In reality, I realized more so now than ever, that I’ve got to be healthy to be able to do all that.” 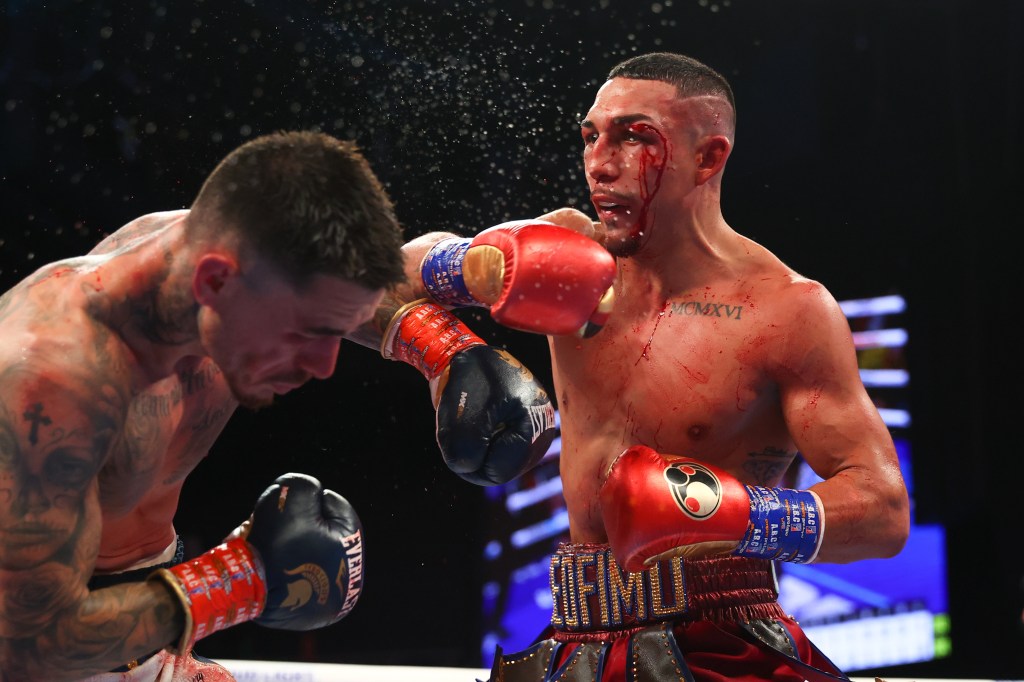 Lopez stunningly lost to Kambosos in a split decision in what went down as the Upset of the Year, relinquishing his titles – and so much of his rapid ascension – in the process. After racing out to a 16-0 record, it marked the first loss of his professional career. Perhaps more importantly, doctors told ESPN afterward he was lucky not to die.

“The thing is, there’s a big difference between a mistake and a choice,” Lopez said. “Mistake, you only need to learn it once, maybe twice. However, a choice is when you keep doing it. I learned from my mistakes, and I’m just moving forward. Focusing on, if I’m not healthy all the way, you guys are not going to see Teofimo in action. But we don’t got to worry about that this week, I promise you.” 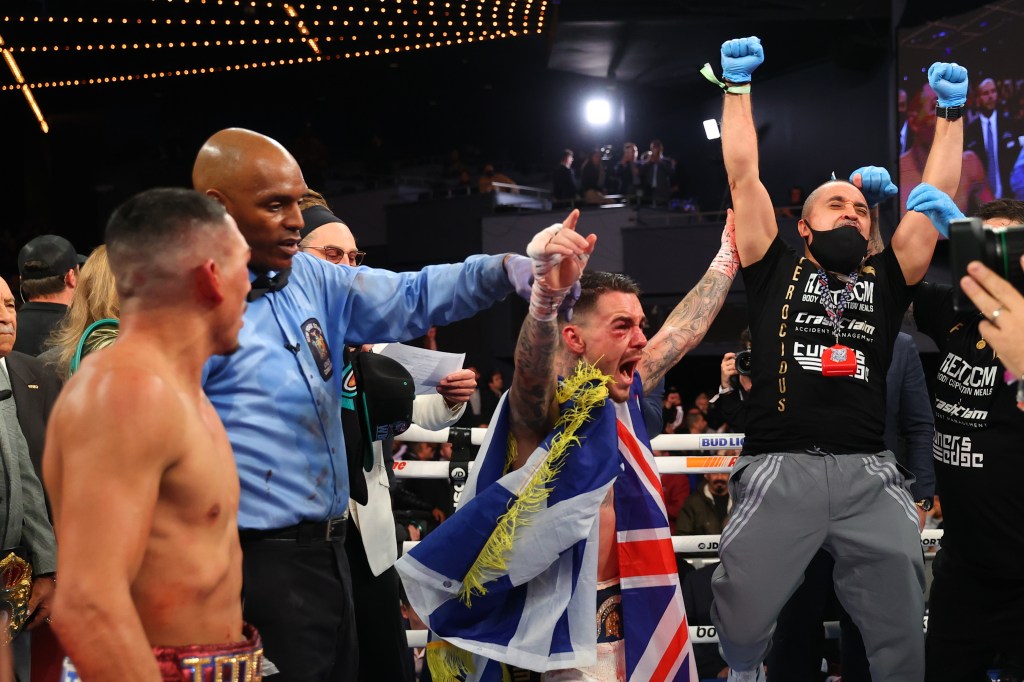 The loss prompted speculation Lopez might be a “one-hit wonder” and, rightfully or wrongfully, halted much of the discourse between his name and the sport’s most elite fighters. There was a good reason for the performance, of course, but the result was all that mattered.

Lopez learned his lesson from the loss, and paid the price. Now, he starts his road back.

As he returns to the ring, Lopez enters a new weight class to stake his comeback. He’s moving up to junior welterweight, where he will challenge Mexican veteran Pedro Campa (34-1-1) on Saturday night (10 p.m., ESPN).


Lopez has dubbed this training camp, and new chapter of his career, The Takeback, as he looks to recapture, and add to, all he previously possessed, and provided to fans.

“If we focus too much on the stuff that happened in the past, we’ll never evolve. It’s all about, OK, it happened, that’s what it is, and there’s nothing that we can do, we can’t change it, but what we achieve more now is, how we come back from it. That’s what the Takeback is really all about. … And I needed this, I needed those failures to make me a champion that I am today.” 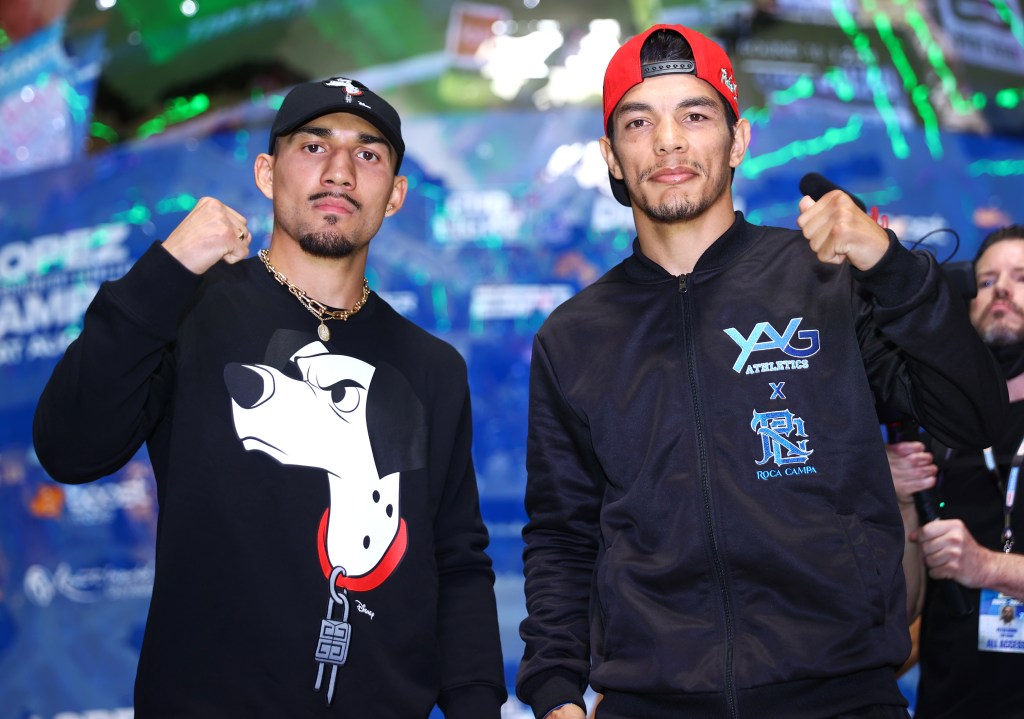 Lopez admits Campa is not the type of challenge that will restore all that he wants. He was looking to take on Josh Taylor or Jack Catterall, two of the best at 140 pounds. He knows, however, he has to bide his time in a new division and earn those title fights he swiftly got at lightweight, but with a win, a matchup with Catterall could be next after the two recently traded mutual interest on Twitter.

Regardless of the quality of opponent, Lopez has dealt with the ramifications of his decision long enough. Armed with new lessons, and a new perspective, The Takeback begins.

“I believe this time around, you guys are gonna be like ‘Whoa,’ honestly, ‘Whoa.’ Like, ‘Dang. This didn’t break Teofimo, this made Teofimo.’ Honestly, I’m just gonna be so happy,” Lopez said. “I know what I’m gonna do. It’s all about having that time when it’s finally there, and letting you all see it for yourselves.”

teofimo lopez everything after threatening decision
Read The Rest at
nypost.com