Ben Simmons’ biggest flaw is he either can’t or won’t shoot. Fortunately for the Nets, they don’t need him to.

Head coach Steve Nash insisted Simmons does so much else, he doesn’t care if the uber-versatile All-Star never takes a jumper.

“Very unique,” Nash said. “That’s what makes Ben great. That’s why I don’t care if he ever shoots a jump shot for the Brooklyn Nets. He’s welcome to, but that’s not what makes him special and not what we need. He’s a great complement to our team and he’s an incredible basketball player because of his versatility.

“He’s a great screener, terrific vision. With his size and speed he’s able to push the ball in transition and also get in the gaps. So a great fit for Kevin [Durant] and Ky [Irving] to try to make the game a little bit easier for them.”

The Nets haven’t gotten a chance to see that yet. Simmons was the centerpiece they received in return for trading James Harden to the 76ers. Simmons, however, missed all of last season with mental-health issues and a herniated disk that required surgery. 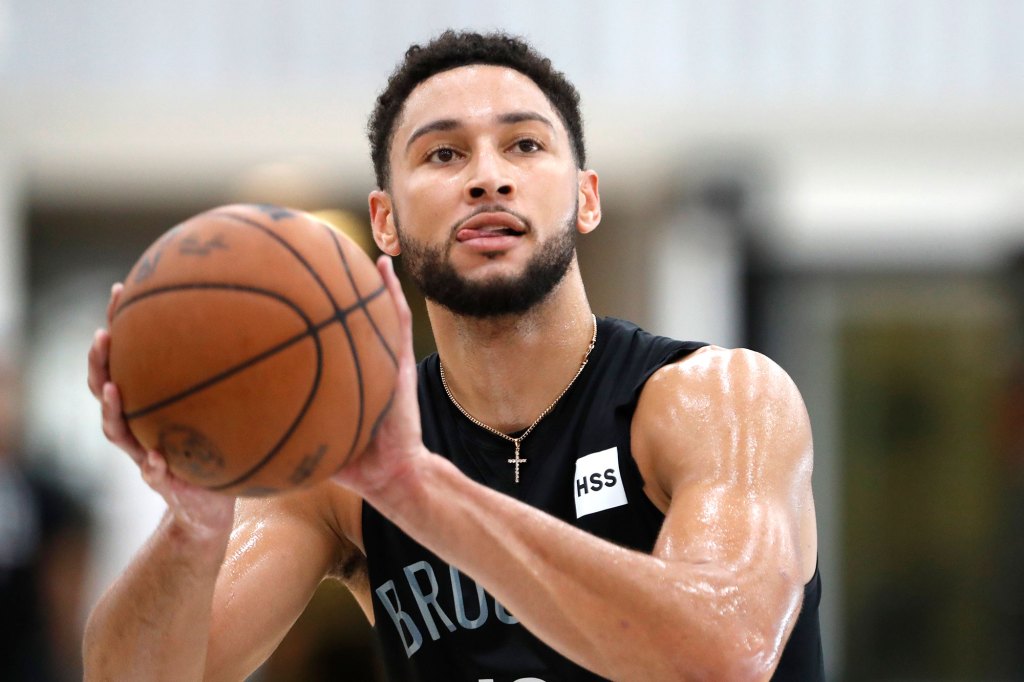 Now, after being cleared to play pickup games the past few weeks, Simmons came through the second day of training camp not only healthy, but also surprisingly fit.

“Amazing. I’m getting used to the up-and-down play, but I feel great. It’s good to be here with the guys,” Simmons said.

“I’ve always been one of the guys who can get their fitness up pretty quickly, so that really wasn’t a worry for me. It’s the endurance of just playing, [5-on-5] getting up and down. But overall I feel great.”

The guys he referred to included Durant and Irving, the two biggest reasons the Nets won’t need Simmons to shoot, and the two other members of Brooklyn’s new Big 3. The sooner that trio can mesh, the more the victories will pile up.

“I think they’ll have a certain element of cohesion out of the gates, because they’re all really good basketball players,” Nash said. “But hopefully it’s something that evolves, and they can continue to find ways to make each other better. That’s the beauty: They actually fit really well together.”

For Simmons, finding that fit will be defending and rebounding, and creating open looks on the other end. Durant’s and Irving’s basketball IQ should make that easier.

“You’re playing with some great NBA players, some of the greatest,” said Simmons, 26. “For me it’s just playing alongside them, figuring out where they want their shots, how they move, different spots on the floor where I need to be. It’s just timing.” 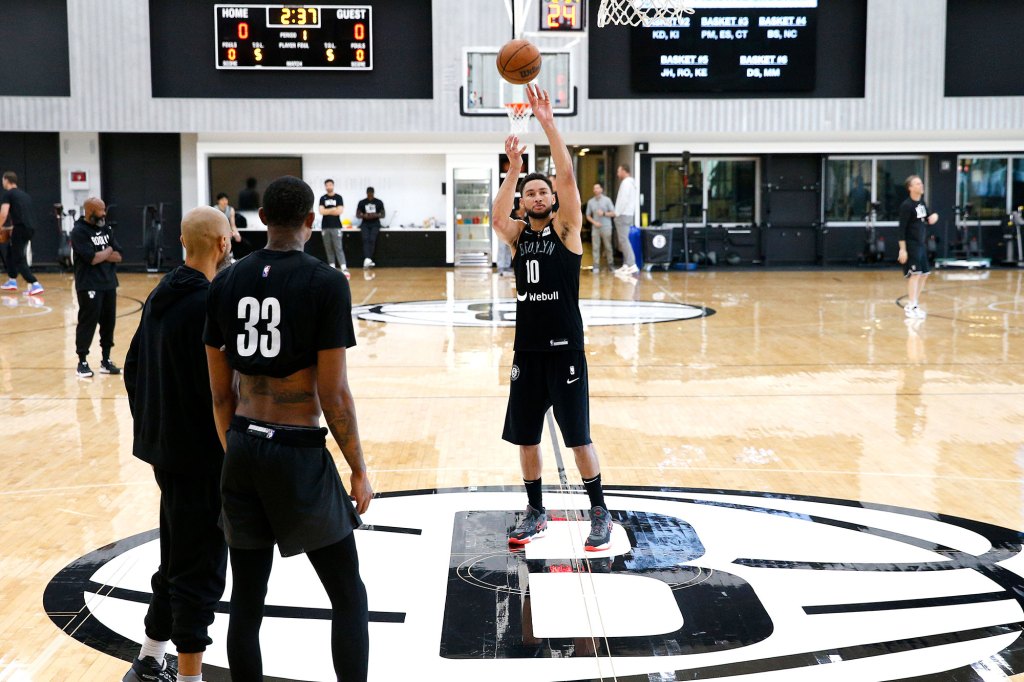 One place Simmons will be needed more is in the paint, be it in a dunker spot or as a play-making roll man. At 6-foot-11, 240 pounds — and “strong as hell” according to new Nets teammate Markieff Morris — Simmons is going to play minutes at center.

“If he’s the lone big, that’s a role we would definitely play him at,” Nash said. “But he’s also our playmaker and point guard.”

After losing Harden, one of the NBA’s best rebounding guards, adding Simmons’ career 8.1 boards will be a boon.

“He helps us for sure defensively, rebounding,” Nash said. “And not only the talent he has, but also just size. Overall team size is something we struggled with.”

Simmons should join Durant and Nic Claxton in giving the Nets three 7-foot wingspans in the starting lineup.

Simmons had 42 points, 12 assists and nine rebounds playing center against the Jazz and Rudy Gobert on Feb. 15, 2021. After he had his best playoff outing (31 points on 11-for-13 shooting, with nine assists) playing center in a 2019 first-round win over the Nets, expect his time there to be more than just cameos and gimmicks.

“I’m looking forward to it,” Simmons said. “I’ll play wherever the team needs me to play, whatever helps. I can play 1-to-5. It’s just one of those things where we have so many different talents on this team, you could put me anywhere to help get points, get stops, whatever it is.