Sterling Shepard suffered what is thought to be a season-ending knee injury in the Giants’ 23-16 loss to the Cowboys, sources said.

He crumpled to the turf on a non-contact injury on the Giants’ final offensive snap, was carted off the field and was helped from the locker room to the postgame X-Ray and MRI room.

“You saw the whole team when he went down, we were thinking about him and he was in our prayers immediately,” receiver David Sills said.

It’s a devastating break for Shepard, who suffered a torn Achilles tendon last December and remarkably hastened his rehab to be back before the end of training camp.

“S–t ton of just exercising,” Shepard told The Post before the season of how he was able to return so quickly. “Just trying to strengthen my calf as much as I can so I can still have that pop, still have that push.” 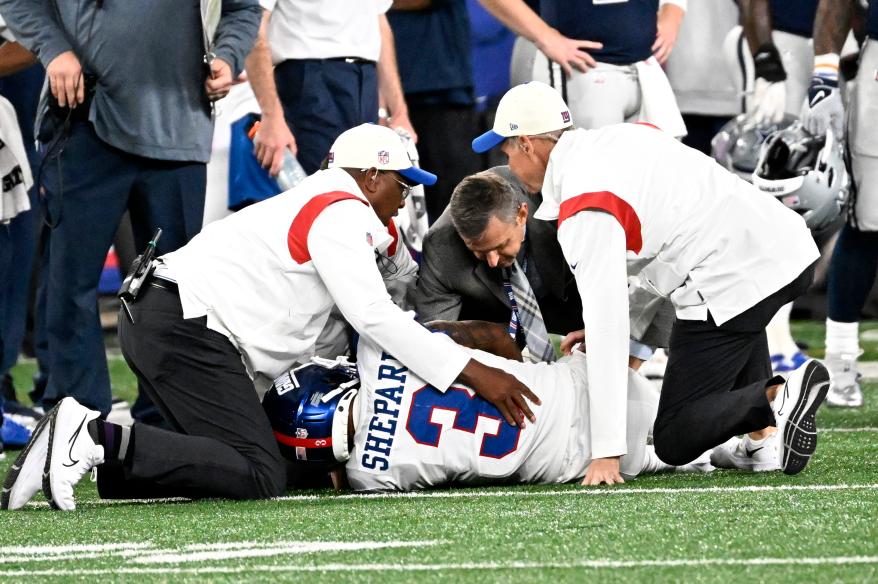 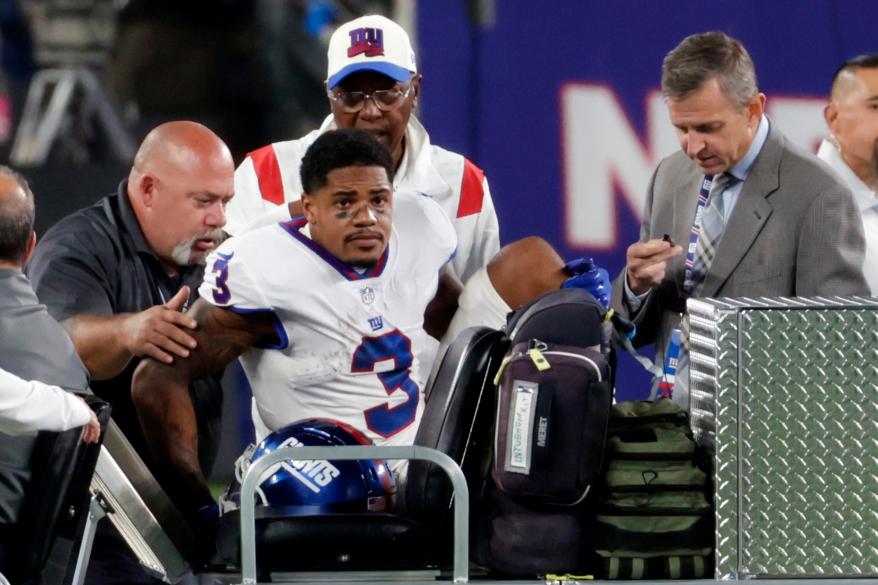 Sterling Shepard gets carted off the field after suffering a knee injury. Corey Sipkin/NY Post 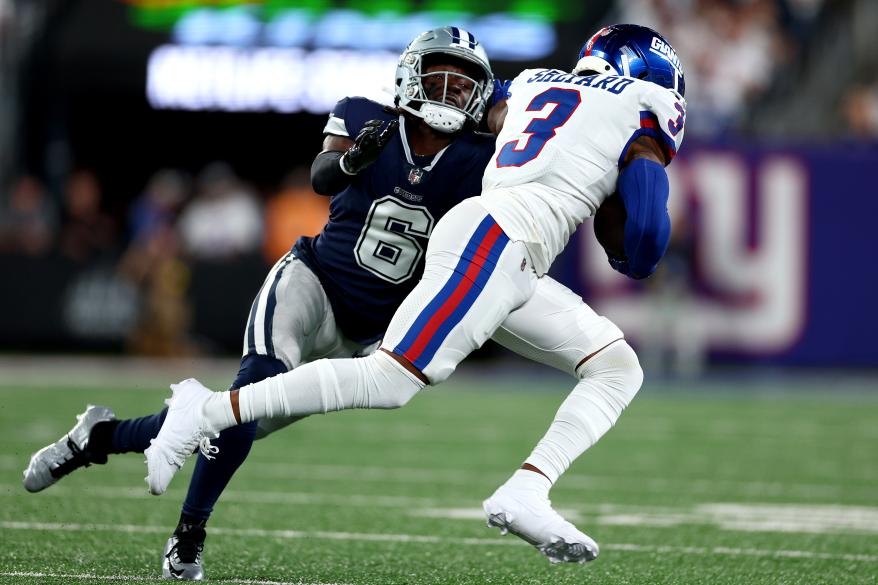 Sterling Shepard makes a catch in the first quarter against the Cowboys. Getty Images

Shepard also has had concussion issues throughout an injury-plagued career as the Giants’ most reliable receiver when healthy.

“It’s definitely tough, just the type of guy Shep is with his character and the energy he brings to this team,” running back Saquon Barkley said. “I’ve been in this situation. Whatever happens, happens. We’re going to be there for him.”

Shepard, 29, finished the game with five catches for 49 yards. His season will likely end with 13 catches for 154 yards and one touchdown.