Korda, the son of 1998 Australian Open champion Petr, is a 22-year-old from Florida who is seeded 29th.

He equaled his best showing at any Grand Slam tournament by reaching the round of 16.

The No. 7-seeded Medvedev won the U.S. Open two years ago and made it to the final in Australia in 2021, when he lost to Novak Djokovic, and 2022, when he lost to Rafael Nadal after holding a two-set lead.

This result comes on the heels of two other attention-grabbing victories by players from the U.S., whose men last won a Grand Slam title 20 years ago. On Wednesday, Mackenzie McDonald beat No. 1 seed Nadal. On Thursday, Jenson Brooksby beat No. 2 seed Casper Ruud. And now it was Korda’s turn to add his name to the list. 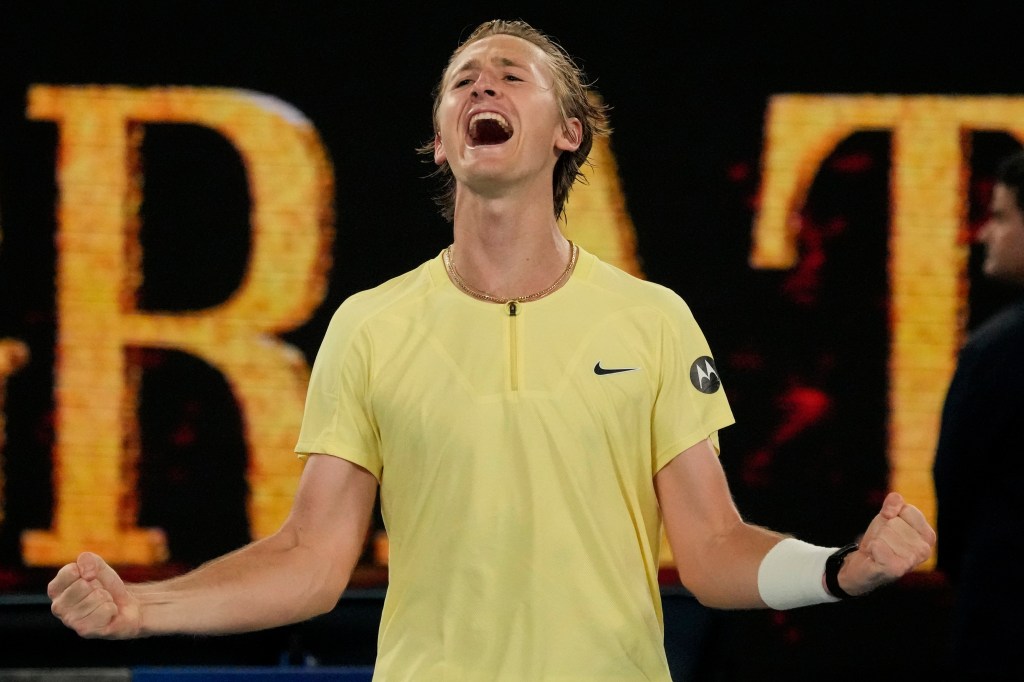 On this night in Rod Laver Arena, it was Korda who dictated most of the points, who put his shots right where he wanted them, who charged forward with verve and slick volleys. He even threw in the occasional drop shot, for good measure.

Korda compiled nearly twice as many winners as Medvedev, 50-28, and although there were plenty of unforced errors off his racket, too, that did not hurt the American.

Korda grabbed the lead in each of the first three sets, breaking Medvedev in his first service game every time. 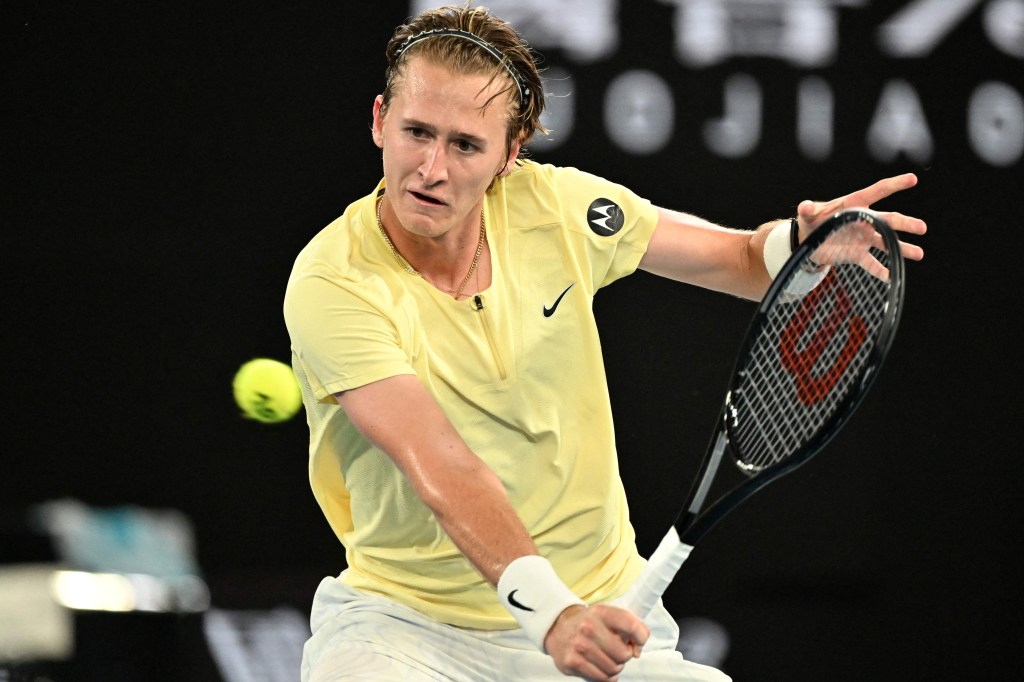 Sebastian Korda during his win over Daniil MedvedevAFP via Getty Images

And with the match a fraction longer than 2 1/2 hours old, Korda was serving while ahead 4-3, 40-15 in the third set. So close to advancing, five points away from winning.

Right there, right then, is when Korda slipped up.

After Medvedev made it 40-30 with a forehand winner, Korda got a chance to hit a seemingly simple volley to take the game. But he missed, sending the ball too long. On the next point, he netted a forehand from the baseline, his sixth unforced error off that wing in the set — six more than Medvedev at that moment. A netted backhand then completed the gift-wrapped break, and one love hold later, Medvedev had accumulated eight consecutive points to go up 5-4. 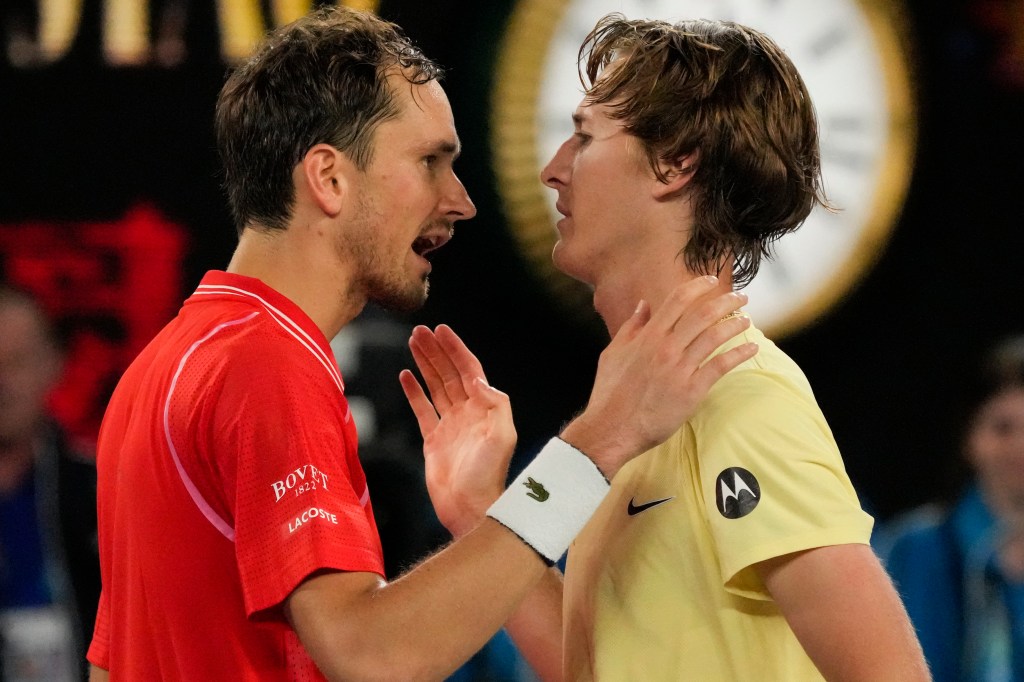 What appeared to be a turning point, though, turned out just to be a blip.

Korda raced to a 6-1 lead in the closing tiebreaker and, while he again needed to settled down after some missed chances, this time he ended things with a forehand winner. How to watch Prime Video’s new season of ‘The...