Roku’s splashy hire of Charlie Collier, former CEO of Fox Entertainment and president of AMC, has sent a clear signal about the company’s ambition to make more noise with original programming.

The question now among Wall Streeters and industryites: Exactly how noisy will Roku try to get, and at what cost? And what’s a pure-play tech firm doing in the Hollywood sandbox anyway, at a time when other distributors are withdrawing from the pricey content game? 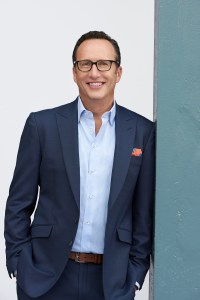 Collier will officially join the fold next month in New York, shortly before the debut of Roku’s biggest original yet, Weird: The Al Yankovic Story. The $12 million non-biopic, starring Danielle Radcliffe, will land on the Roku Channel on November 4 after a festival run beginning with its well-received world premiere this month in Toronto.

As the new head of Roku Media, Collier is coming in to oversee advertising and programming, and his appointment was accompanied by promotions for Mustafa Ozgen and Gidon Katz, to oversee devices and consumer experience, respectively. The three execs will report to Roku CEO and founder Anthony Wood. There’s been some room in the top ranks of the company in recent months after the exit of Scott Rosenberg after a nearly 10-year run building the company’s platform business.

While it didn’t generate the same headlines as the Collier move, Roku earlier this year turned a number of industry heads by installing ITV and Turner vet David Eilenberg as head of originals. Roku declined Deadline’s request for comment beyond its announcement last week about Collier.

Roku has had a grueling year after hitting new heights in 2020 and ’21. Its shares have plunged 75% to a three-year low after comparisons to Covid-aided quarters grew tougher. In its second-quarter letter to shareholders, the company pointed to the main culprit: “a significant slowdown in TV advertising spend due to the macro-economic environment.”

The centerpiece of Roku’s programming strategy is the Roku Channel. Founded in 2017, it has grown to become one of the top five destinations across all of Roku, which now has 63.1 million active accounts on connected devices and smart-TVs. The Roku Channel, a free, ad-supported hub with reach to households with 80 million people, features a growing programming roster. Titles include former Quibi shows acquired after that mobile streaming service went bust in 2020, projects stemming from another acquisition, This Old House, as well as high-profile one-offs like Zoey’s Extraordinary Christmas, a feature extension of the former NBC series. 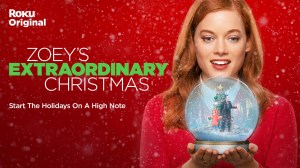 On the programming front, key competitors for Roku include Tubi (a streaming outlet acquired by Fox in 2020 and then overseen by Collier); Paramount Global’s Pluto TV; Amazon’s FreeVee; and Crackle parent Chicken Soup for the Soul Entertainment. A person familiar with Roku’s budgeting process notes that even though the company has an Adam’s Rib-like relationship with Netflix (Wood incubated the idea for Roku while working for Netflix’s Reed Hastings, who ultimately declined to fund it in-house), spending will never be anywhere near the multiple billions required in subscription streaming. “The spend has always been prudent,” the source says. “But this is a leveling-up given Charlie’s background.”

Because of the way Roku reports its financial results, isolating its advertising revenue as well as its spending on original programming is an inexact process. More than three-quarters of the company’s total revenue of $764.4 million in the most recent quarter was designated as “platform revenue,” which in turn is largely ad-based. Company sources recently have pegged overall content spending for 2022 at about $1 billion, spanning originals and acquisitions. (Netflix has led all streamers at about $17 billion and recently conceded that it plans to hold that number steady after years of increases.)

At AMC, Collier rose through the sales ranks to eventually lead the entire network during its charmed Mad Men/Breaking Bad/Walking Dead period. He shifted to Fox in the fall of 2018, about three months before The Masked Singer premiered. The breakout unscripted hit would help the network punch well above its weight after the company became a slimmed-down entity lacking its own production studio after the $71.3 billion Disney-Fox deal. Collier helped engineer the acquisitions of Bento Box and Mar Vista, giving the network a programming pulse and defying some expectations that he would be little more than a caretaker for a network embedded in an organization dedicated to news and sports. In announcing the hire, Wood described Collier as a “proven leader” and “the ideal person to help us capitalize on the moment.”

One former colleague says Collier’s experiences at Fox and AMC prepared him in another way for the Roku opportunity. “He has always managed to excel working for difficult bosses,” the source said, noting the influence of the Dolan family over AMC, which was part of Cablevision’s Rainbow Media subsidiary during Collier’s early years there, and then the Murdochs. Wood, as a founder-CEO, has a reputation as a brilliant but mercurial and demanding visionary with fleeting interest in maintaining a profile in media and entertainment circles. 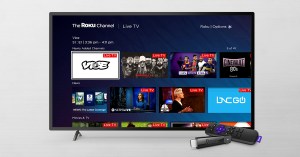 One top executive in the streaming business expressed uncertainty about the Collier news. “I don’t really know what that means,” the exec said. “Maybe they want to buy a studio, who knows?” Roku itself, especially given its shrinking market value of late, has also been reported as a potential takeover target for Comcast, though the media giant has not acknowledged any such foray. Practically since Roku’s founding in 2002, it has been thought of as would-be prey for much larger tech predators, but it has remained independent.

A number of other major gateways for streaming also view themselves as homes for original content. Samsung has teamed with A+E and other media companies to create fresh titles for the leading smart-TV maker’s Samsung TV+ platform, and rival Vizio has taken a similar approach. Other major distributors, though, have rethought their investments in content, albeit not in the world of streaming. Charter Communications, which owns the No. 2 U.S. cable operator in Spectrum, said last month it plans to phase out Spectrum Originals, citing rising costs among the deciding factors. In a footnote to its higher-profile misadventures in entertainment content, AT&T in 2020 pulled the plug on the Audience Network after a 21-year run as a fully owned outlet for original programming.

“All of the manufacturers who want to be in the space recognize that content drives a lot of what goes on,” the streaming exec said. “I think they’d be wisest to make themselves platforms that are open to people and ride whatever content that people create.”

Pivotal Research Group analyst Jeffrey Wlodarczak sounded a similar note in a recent note to clients. “Content cost inflation could dramatically increase the cost of Roku rolling out its original content effort,” he wrote, “and this effort also seems to put Roku, arguably, into competition with the content player it is distributing.”

In a research note headlined “No Shelter From the Storm,” MoffettNathanson’s Michael Nathanson highlighted what he views as complications stemming from the increasing investments in programming. The analyst rates Roku stock as “underperform.” The company’s platform margins “are at risk from rising content investment to support the Roku Channel against other ad-supported streaming services,” Nathanson wrote. “Management has asserted that video advertising is a 50% gross margin business. But with content amortization now at 8% of platform revenues, and around mid-teens percentage of our video advertising revenue estimates, we believe that video advertising gross margins will soon come under pressure, if they have not already.”

There are still a number of Roku bulls to be found on Wall Street, however, and ad-supported streaming is about to get two major new constituents in Netflix and Disney+, both of which already generate subscription proceeds for Roku. Among the optimists is Guggenheim’s Michael Morris, who retains a “buy” rating on the company’s shares, though he recently slashed his 12-month price target to $70 from $115. “We share management’s favorable view of the long-term [connected-TV] opportunity,” Morris wrote in a note to clients, acknowledging Roku’s announcement last spring that it had surpassed $1 billion in upfront ad commitments. Nevertheless, he continued, “the company needs to show a return to profitable growth to renew investor interest.”