“Five Days at Memorial” unfolds like a post-apocalyptic horror movie — but, sadly, it’s an all-too-true story of the human and physical devastation wrought by Hurricane Katrina on New Orleans in the late summer of 2005.

The eight-episode series, premiering Aug. 12 on Apple TV+, is based on Sheri Fink’s Pulitzer Prize-winning book of the same name chronicling the hellish five-day timespan at Memorial Medical Center in New Orleans as Katrina ravaged the city, breached levees, submerged most of the area underwater and forced the hospital and LifeCare — a private health facility on the 7th floor — to evacuate its patients with deadly results that no one could have foreseen … or, perhaps, even avoided.

The series opens on Sept. 11, 2005, 13 days after Katrina first made landfall, when 45 bodies were discovered in the abandoned hospital’s chapel, with no explanation of what happened to them or how they got there. 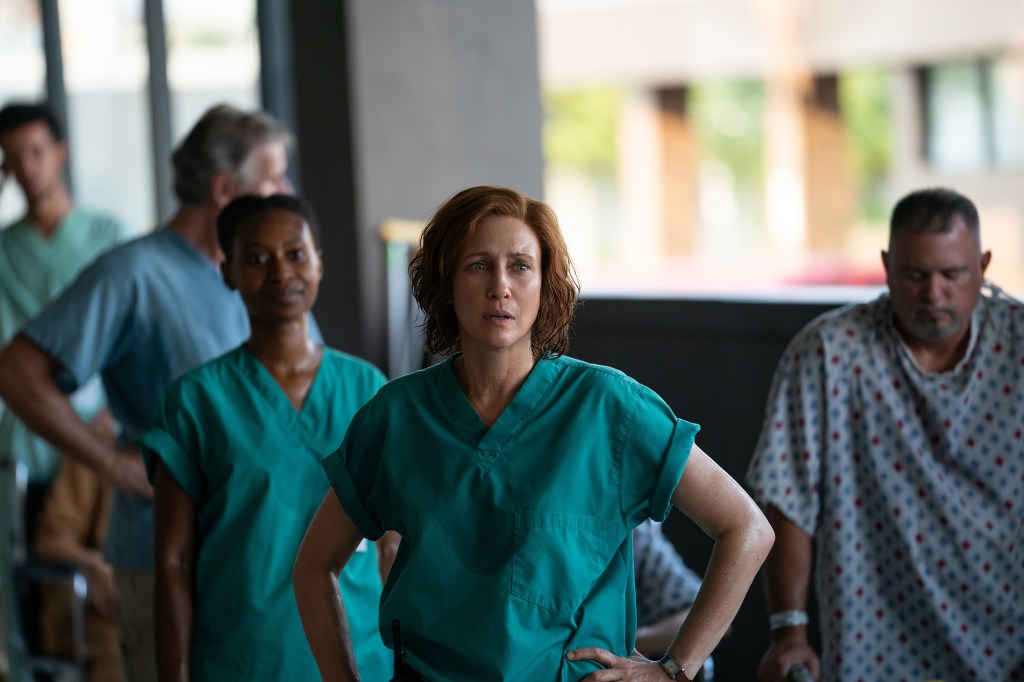 That’s the thread around which Carlton Cuse and John Ridley build their narrative, flashing back to Aug. 29, as Katrina barrels down on the city and unleashes its fury for what everyone in the hospital assumed would be a bad few days — but nothing they hadn’t been through before. Right. The main players include Susan Mulderick (Cherry Jones, “Succession”), the nursing director and “incident commander” who discovers, to her astonishment and horror, that the hospital has no official instructions on how to evacuate in the event of a flood; Dr. Anna Pou (Vera Farmiga, “Bates Motel”), who’s committed, to a fault, to helping wherever she’s needed; Dr. Horace Baltz (Robert Pine); Diane Robichaux (Julie Ann Emery, “Better Call Saul”), an assistant administrator at LifeCare repeatedly left out of the loop; and Dr. Bryant King (Cornelius Smith Jr., “Scandal”), a junior doctor who’s committed to his patients’ care amidst the hell breaking loose around him.

But that’s only the tip of the iceberg; “Five Days at Memorial” also embraces the stories of hospital patients and their family members cut off from contact with their loved ones — unable to ascertain what’s going on while watching it all unfold live on television — and those, including premature babies, whose lives are put at risk once the hospital’s power goes out. Memorial’s parent company, Dallas-based Tenet, also comes under scrutiny, virtually ignoring the pleas of regional manager Michael Arvin (Joe Carroll) to help evacuate the hospitals patients and staff. 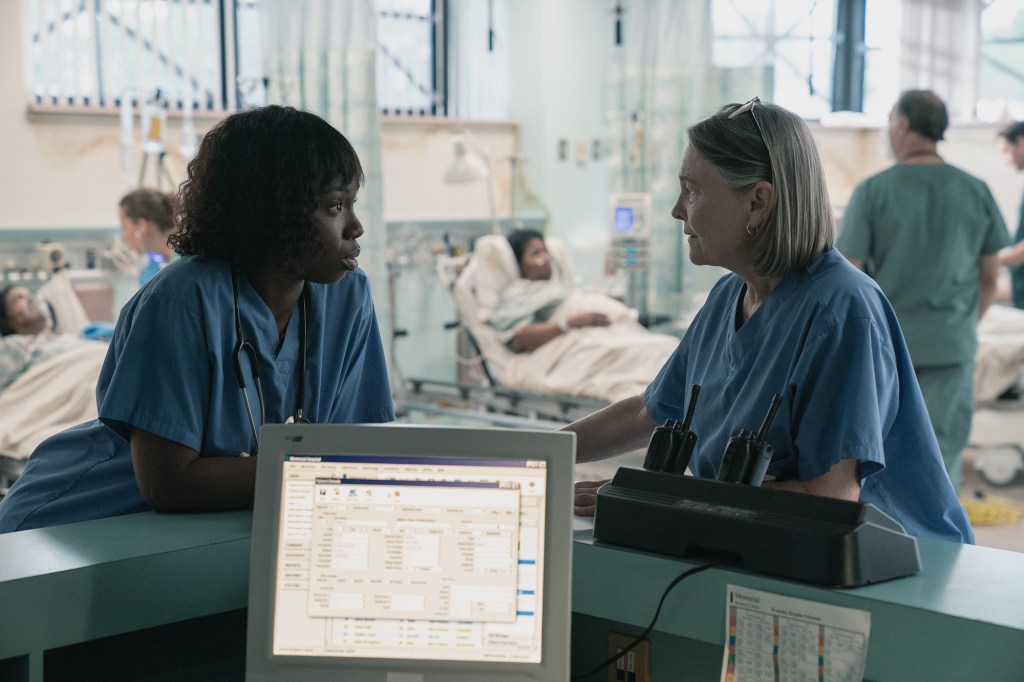 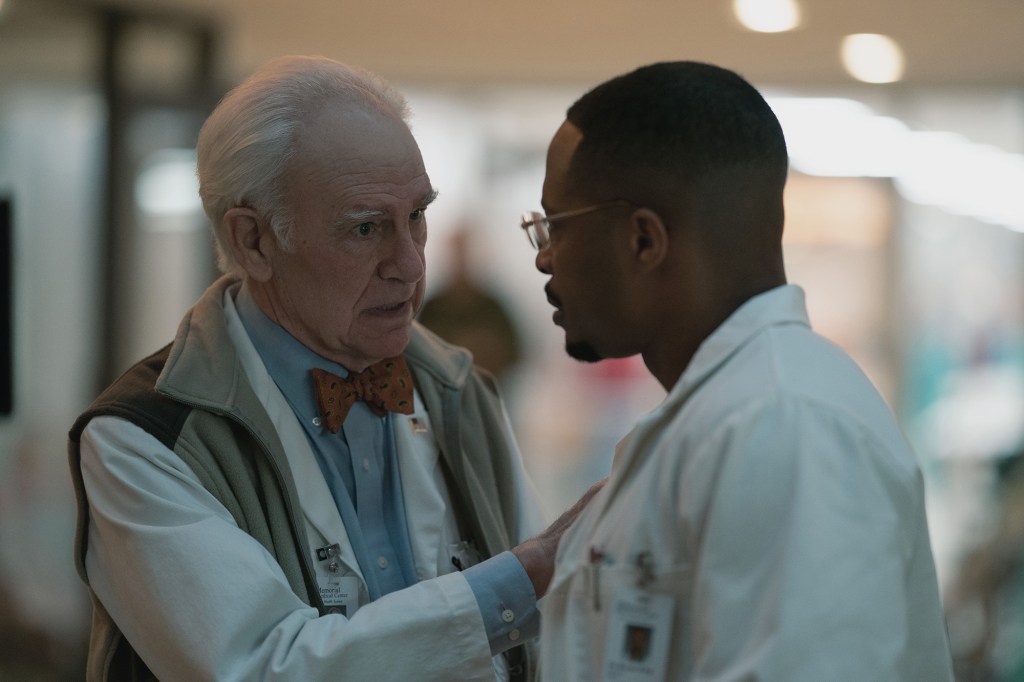 At first, everyone is relieved that they’ve skirted the worst of Katrina as it moves off course … and then the levees breach, the flooding starts, temperatures inside the hospital soar with no AC, the National Guard is called in, there’s infighting at Memorial over patient care and, eventually it leads to those 45 abandoned bodies abandoned in the hospital chapel and suspicions of euthanasia.

What I really like about “Five Days at Memorial” is that you almost feel like you’re in the eye of the hurricane, both literally and figuratively. The top-notch special effects are alarmingly realistic and frightening, particularly when the 17th St. Canal levee breaches and when Katrina rips the roof from the Superdome, where in the days following the hurricane thousands of people decamped after their homes were destroyed looking for refuge — only to find a new fresh hell awaiting them. Authentic news footage from the time fills in the blanks on what’s happening outside the hospital: looting, Katrina destroying everything in its wake, (homes, cars, building, etc.), people crouched on rooftops pleading to be saved, abandoned neighborhoods, politics, pets unable to be saved …

“Five Days at Memorial” was originally slated for an installment of FX’s “American Crime Story.” It’s found a worthy home on Apple TV+.