OTTAWA, Ontario — Akira Schmid made 25 saves and the New Jersey Devils beat the Ottawa Senators 5-1 on Saturday for their 12th straight victory.

“Disappointed overall with the way we played,” Senators captain Brady Tkachuk said. “We just weren’t ready to play from the start.

“For us as players it’s a Saturday afternoon, it’s close to a sellout, so it’s on us. It’s on us for not getting ready. It’s on me for not helping my group get ready, so I’ll take responsibility for that one and there was times tonight when we played solid, played our game, but it wasn’t enough.” 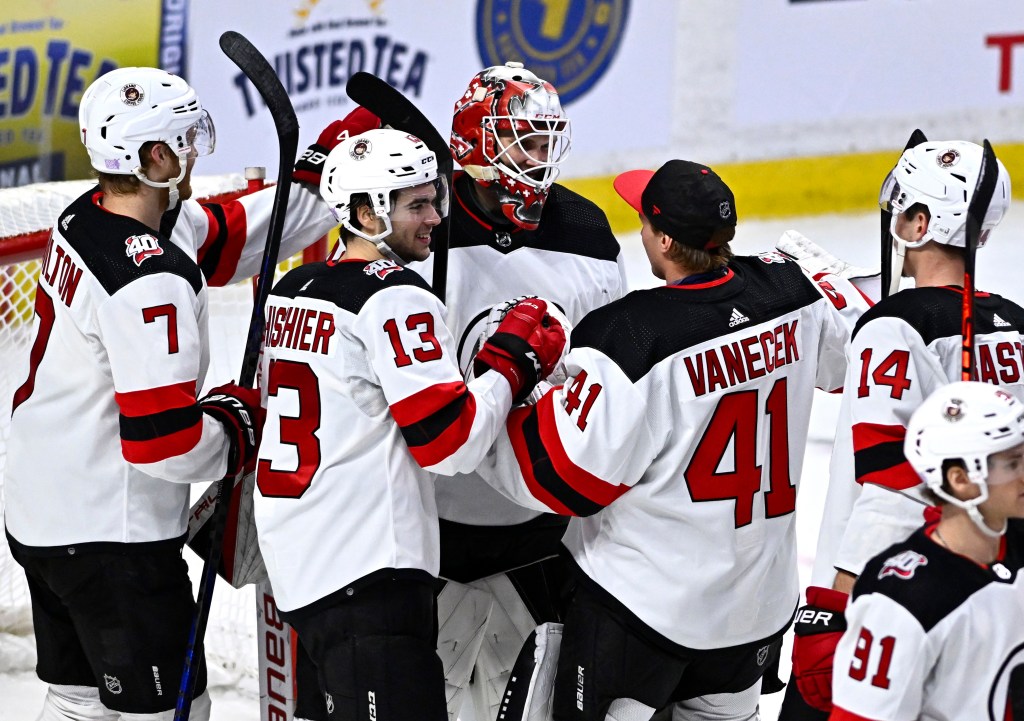 Goalie Akira Schmid gets congratulations from teammates after leading the Devils to a 5-1 win over the Senators, their 12th consecutive win.AP

Derick Brassard scored for the Senators. Anton Forsberg started the game but was pulled early in the second period after allowing the third goal on 18 shots. Cam Talbot finished the game allowing one goal on 17 shots.

Haula opened the scoring with a power-play goal early in the first period for his first of the season. Bastian made it 2-0 late in the first, jumping on a rebound out front. 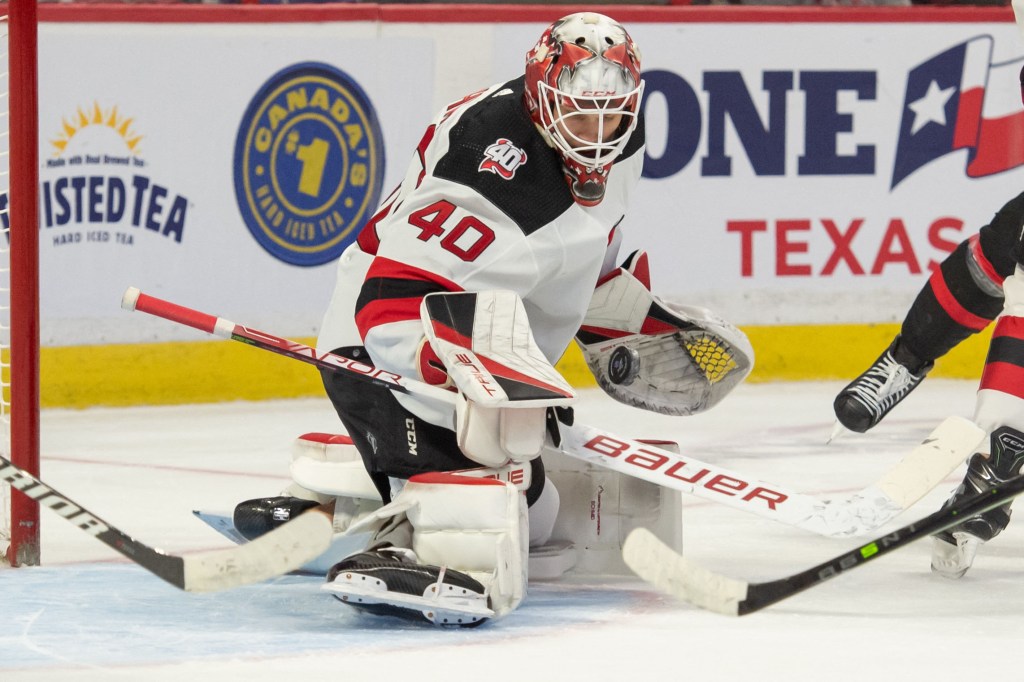 Akira Schmid makes one of his 25 saves in the Devils’ win over the Senators.USA TODAY Sports

The Devils didn’t let up, making it 3-0 early in the second when Boqvist was able to grab a puck out front, putting an end to Forsberg’s afternoon.

“I thought tonight was a total team game,” New Jersey coach Lindy Ruff said. “We got production, we got a key shorthanded goal from (Yegor) Sharangovich, but all four lines were in on it. I thought our defense played well and, again, our goaltender made some big saves at key times.”

Brassard got the Senators on the board late in the period, but the Devils came right back, scoring a shorthanded goal with 34 seconds remaining in the period.

Ottawa pulled the goalie with 4:51 remaining in the third, but the Devils made them pay for it with McLeod scoring an empty-net goal.

“We were just resilient,” Haula said. “There were a couple holes in our game, I thought, where we got a little bit comfortable and that’s when they kind of took it to us a little bit and got some chances, but overall, good for Schmid, great game from him, and 12 in a row, we’ve got to feel good about this one.”