Prince Andrew’s scandalous life is at the forefront of a new documentary.

Peacock released the trailer Thursday for “Prince Andrew: Banished,” which is set to be released Wednesday.

Palace insiders, journalists, members of Andrew’s social circle and legal teams are among those interviewed about the Duke of York’s life of privilege, jealousy, desire and greed that pushed him into a life of controversy.

That civil court case reached a settlement in February. The amount being paid by Andrew in the deal has not been made public, but believed to be some millions.

Andrew was stripped of his royal duties and titles by the queen after being disgraced over his friendship with Epstein. He was allowed to wear his military uniform for his late mother’s vigil, but not to her funeral, earlier this month.

“The talk of the dinner parties was he couldn’t keep his trousers closed,” journalist Helen Kirwan-Taylor says in the trailer. 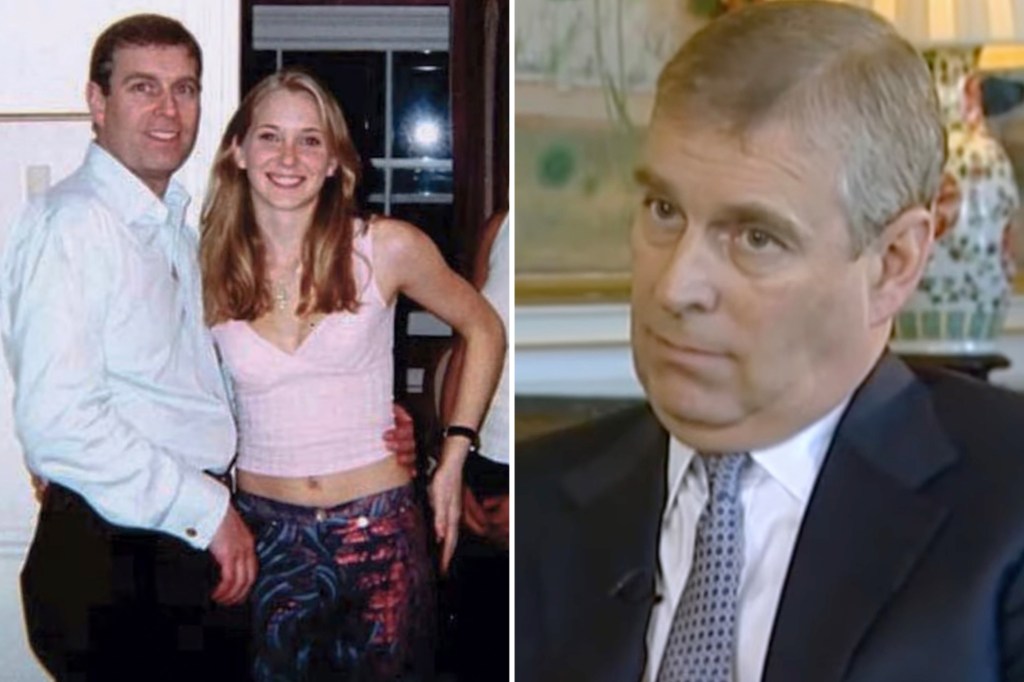 Prince Andrew with Virginia Giuffre, then 17, who was a victim of Andrew’s and Jeffrey Epstein’s. She won a civil case against Andrew this February. Peacock

Queen Elizabeth’s manner of death was also revealed on Thursday. The 93-year-old monarch died of “old age,” according to her death certificate.

Andrew’s brother, Charles, is now king, but Andrew allegedly “lobbied” Elizabeth to stop him from being next in line for the throne, according to a new book.

On Wednesday, Peacock dropped a trailer for another documentary, this one on the dark side of Barney the purple dinosaur.