Shortly after Tuesday’s MLB trade deadline had passed, Kay denounced Gallo for seemingly playing the victim in his final week as a Yankee. The 28-year-old slugger shed light on the impact that his struggles and subsequent fans’ boos had on his psyche in an interview with NJ.com that surfaced hours before the club traded to him the Dodgers.

Kay was apparently not willing to attend Gallo’s pity party.

“They did not go out of their way to boo a guy that was actually doing a decent job. He was a failure here at New York for whatever reason,” the Yankees announcer said of Gallo. “Whether the pressure of having to win became a big deal. Whether he just got his swing out of whack, because he mentally was not right while he was here.

“He deserved to be booed. I don’t think the fans were extra special hard on him. I look at what the fans did to Giancarlo Stanton when he first got here. That was unfair, I mean, the first game he ever played here, they booed him. This guy earned the boos.”

Several days after Kay’s rant, former Yankees pitcher Phil Hughes clapped back at the 61-year-old for his comments.

“He references an article but never quotes Joey once. Kay knows his radio show listeners eat this stuff up. If you’re going to bash a player publicly, at least be critical of something he actually said,” Hughes wrote on Twitter.

The tweet quickly caught the attention of Kay, who responded to the criticism.

Phil, this wasn’t for my radio show. It was on on the YES Network. Also, I think with the internet, it’s quite easy to find what he said and there is only a limited time to disseminate such info. Most Yankee fans know what Joey said, essentially bemoaning the fans’ boos. https://t.co/sM95XAbJiG

“Phil, this wasn’t for my radio show. It was on the YES Network,” said Kay, who also hosts a popular ESPN Radio show. “Also, I think with the internet, it’s quite easy to find what he said and there is only a limited time to disseminate such info. Most Yankee fans know what Joey said, essentially bemoaning the fans’ boos.”

“Being booed sucks,” Hughes wrote. “It’s ok to say it sucks. Going home every night not knowing if it will be your last wearing a major league uniform sucks. Having human emotion isn’t a sign of weakness or self-pity. That is all. Goooo baseball!” 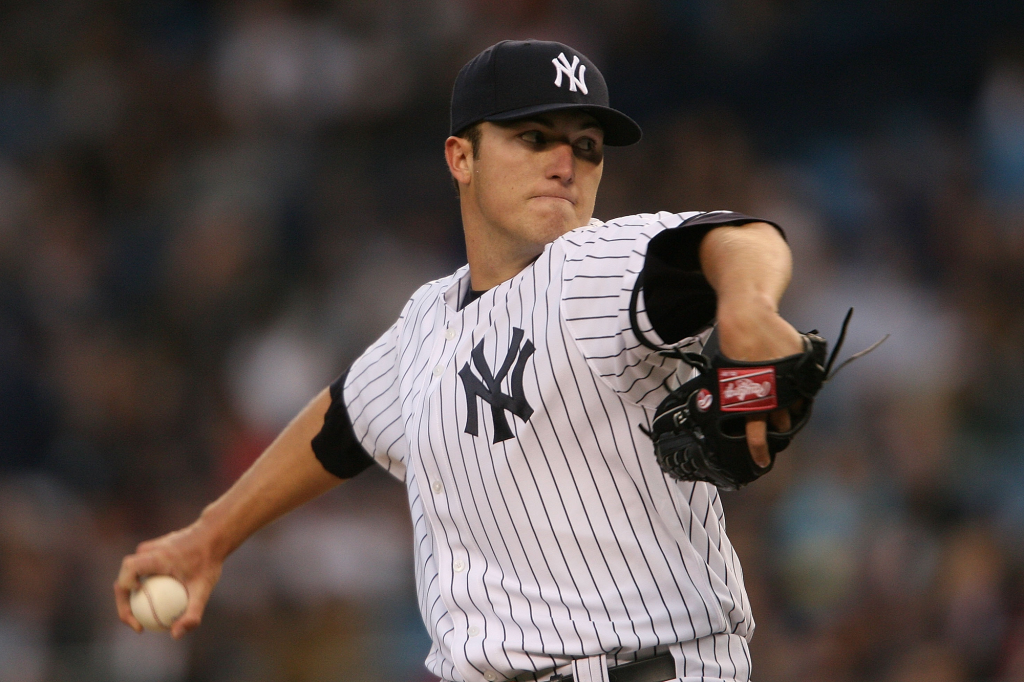 In the NJ.com Q&A, Gallo said he would not go out in the city because he did not want to be exposed to angry fans. The slugger said his struggles and the reactions he dealt with made him feel like a “piece of s–t.”

Hughes’ time in the Bronx from 2007-’13 was filled with ups-and-downs, though reached an ugly crescendo in his final year with the club, during which he posted a 5.19 ERA and 4-14 record. The righty’s stat line was even worse when playing in front of the New York home crowd at Yankee Stadium, where he went 1-10 with a 6.32 ERA.