If your girl has fallen for Joe Burrow, Paige Spiranac can help.

The 29-year-old golf influencer took to Twitter on Monday to do a “wellness check” on men whose significant others are crushing on the Bengals quarterback.

“Here are some warning signs you should probably look out for: You ask her favorite number. She says, ‘9.’ She’s weirdly wearing a lot of orange and black and it’s not Halloween. She goes, ‘Hey babe, I think you’d look good with some blonde highlights, maybe some blonde hair.’ 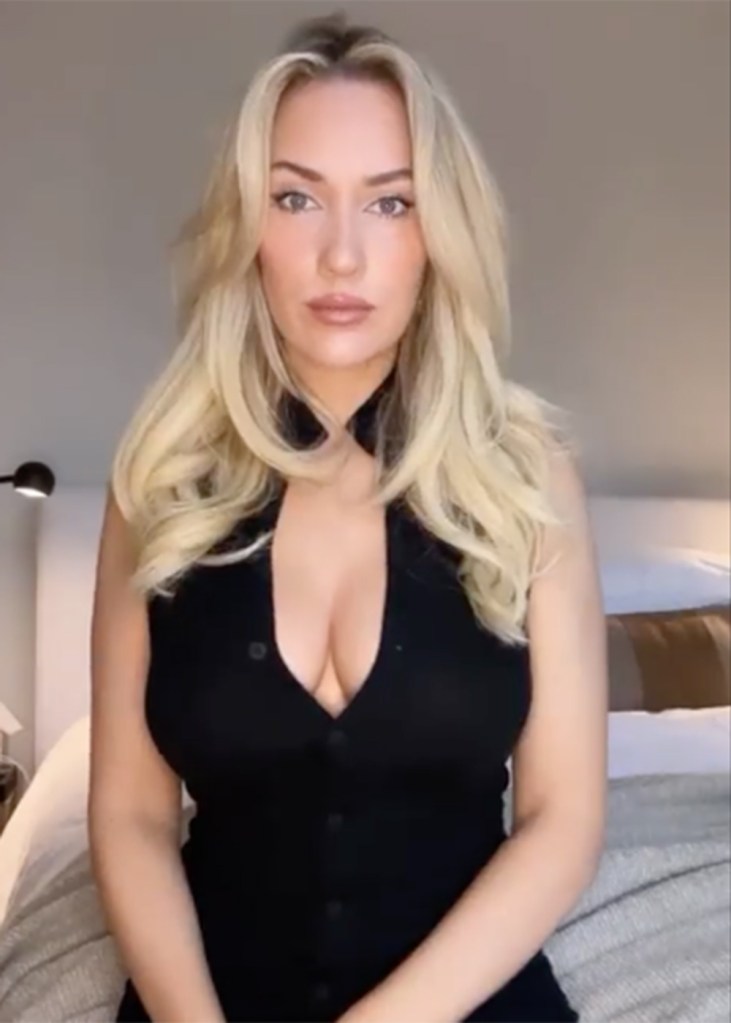 Paige Spiranac reveals “the warning signs that Joe Burrow has stolen your girl” in a Twitter video on Jan. 23, 2023. Twitter/Paige Spiranac

“She’s weirdly buying you a lot of turtlenecks and sunglasses. She asks you what time is the Bengals game. She never liked football before. What is going on?

“She wants to visit Ohio. It seems like a beautiful place to visit. You mention something casually about Joe Burrow, and she goes, ‘Well, he is a Sagittarius.’

“And, the final nail in the coffin: Her Google search history looks like this,” Spiranac said before showing a series of Google searches including, “Who is Joe Burrow’s girlfriend?” and “Is Joe Burrow single?” 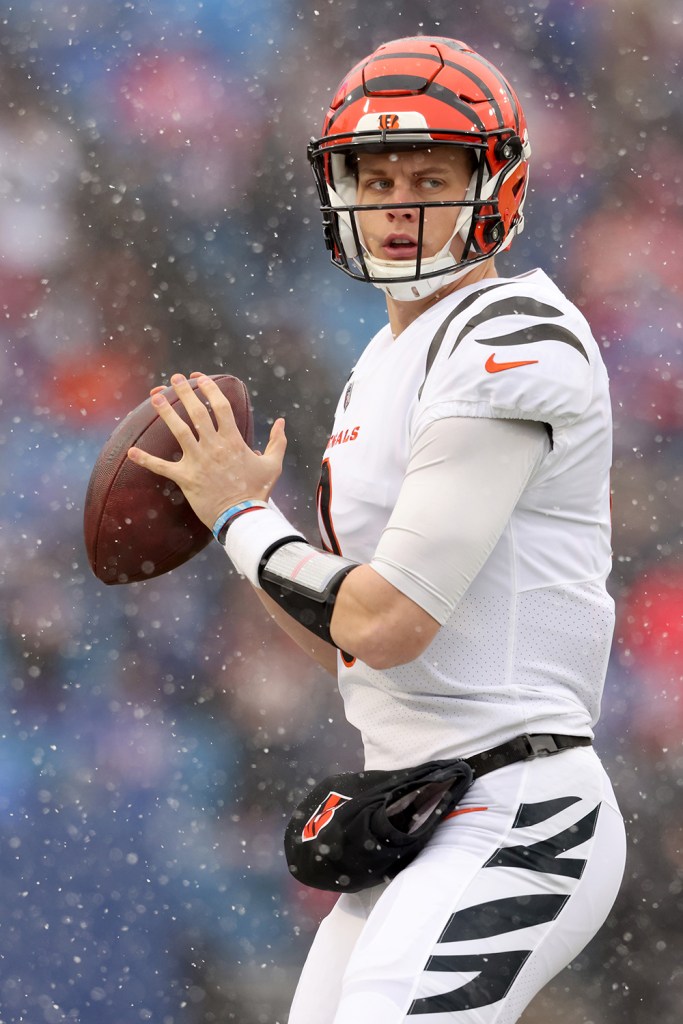 Bengals quarterback Joe Burrow prior to the AFC Divisional Playoff game against the Bills at Highmark Stadium on Jan. 22, 2023 in Orchard Park, New York. Getty Images 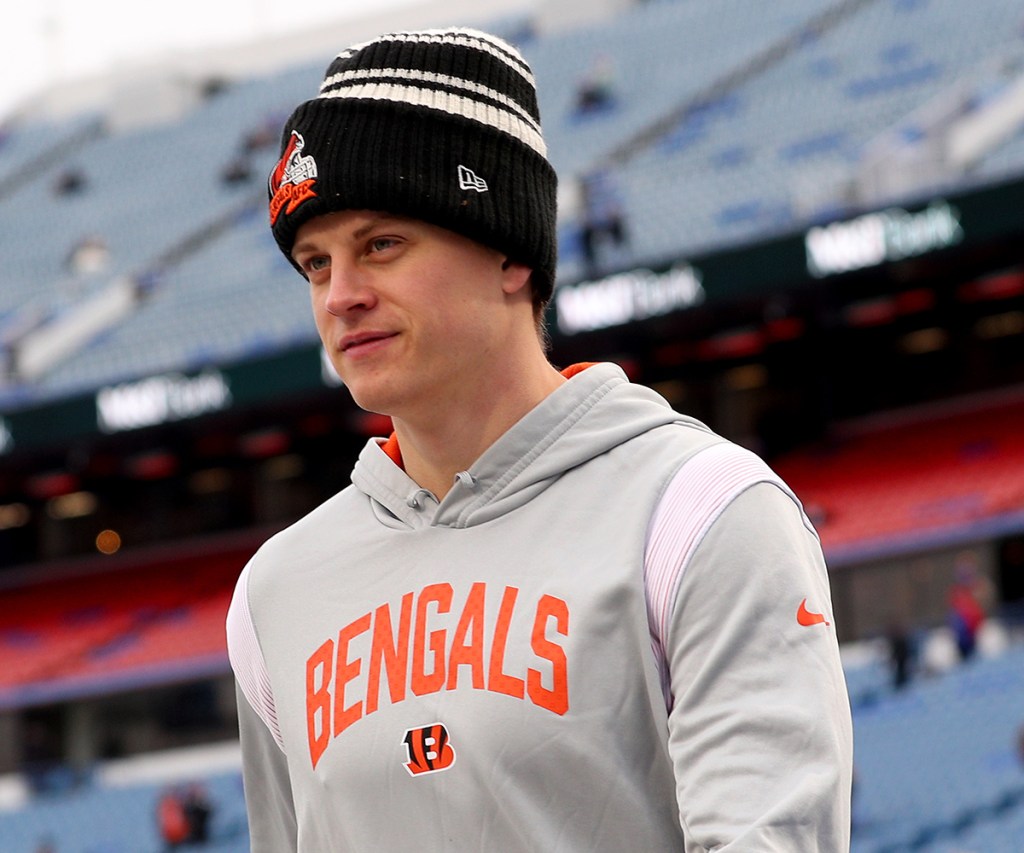 Bengals quarterback Joe Burrow prior to the AFC Divisional Playoff game against the Bills at Highmark Stadium on Jan. 22, 2023 in Orchard Park, New York. Getty Images

Spiranac concluded with: “So the question isn’t, who dey? It is, how are you going to get your girl back?”

Burrow, who has been dating girlfriend Olivia Holzmacher since 2017, has become a fan favorite for his off-the-field fashion, including his signature tinted sunglasses that he wore after Cincinnati’s win over the Raiders last January. 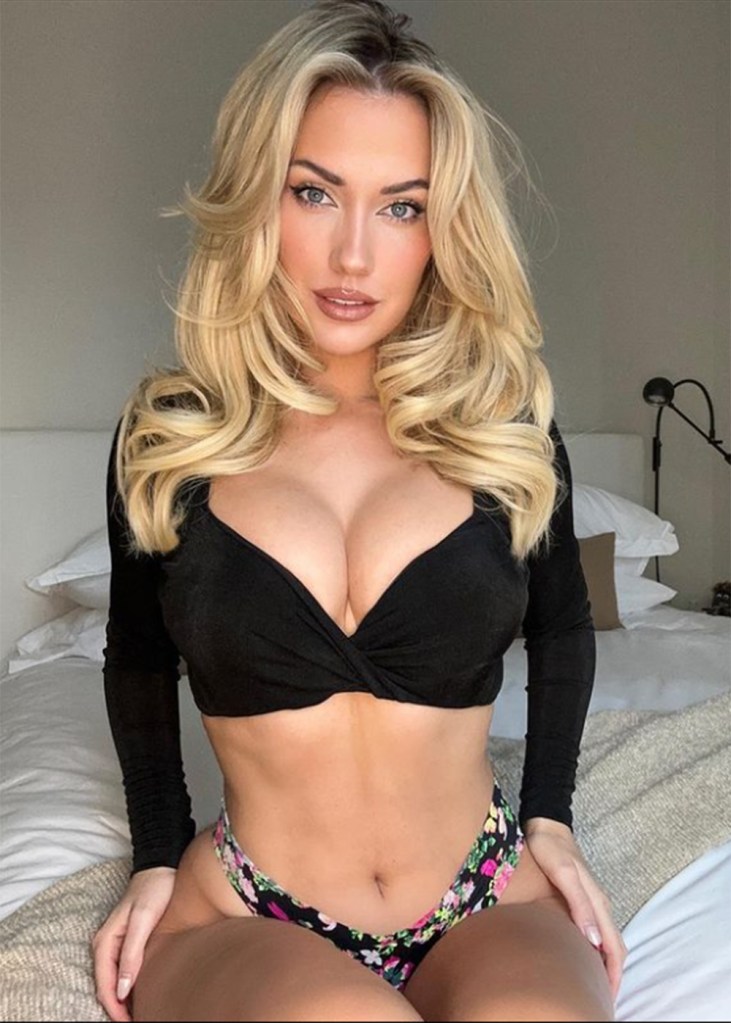 The Bengals visit the Chiefs in the AFC Championship game on Sunday.