The 2023 Oscar nominations were announced Tuesday morning, and some notable A-listers were shockingly left out.

While some nominations were expected — with “Everything Everywhere All at Once” dominating with 11 nominations — there were also plenty who were shut out.

Here are some of the biggest snubs and surprises from the 95th Academy Awards.

One of the most blatant snubs was Jordan Peele’s “Nope.” The science-fiction thriller received rave reviews and dominated the domestic box office — but didn’t receive a single Oscar nomination this year.

Many speculated that the film would land nominations for at least Original Screenplay or Visual Effects — but there was no recognition at all.

“Nope” stars Daniel Kaluuya and Keke Palmer were also shut out, even after receiving early awards for their roles as siblings who discover a flying saucer over their family’s ranch. 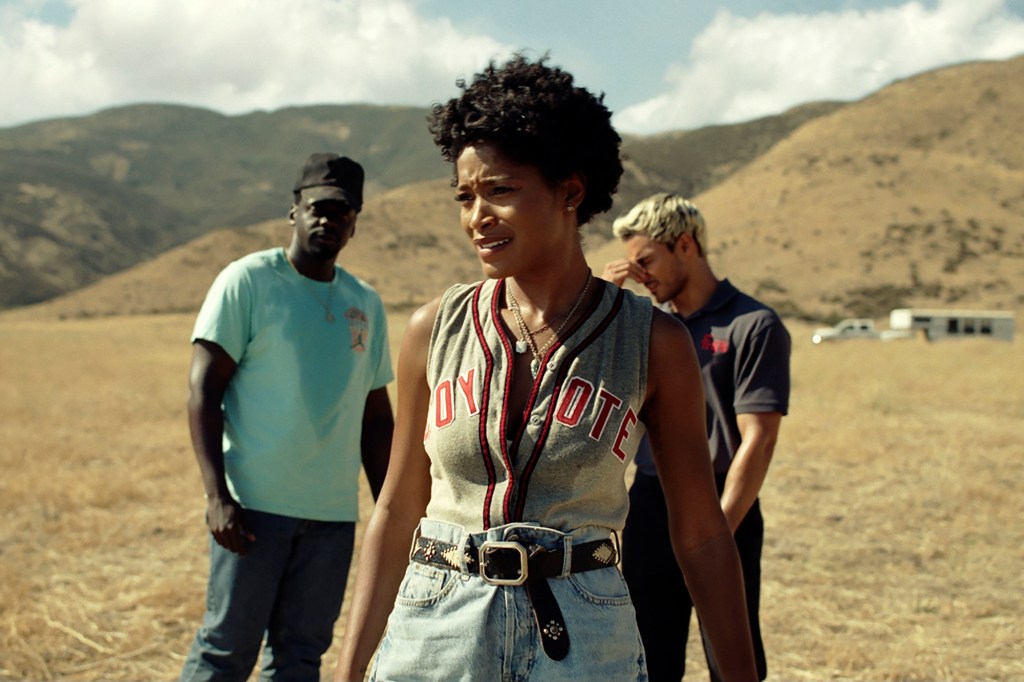 Daniel Kaluuya, Keke Palmer, and Brandon Perea in a scene from “Nope.” Universal Pictures via AP

Viola Davis failed to be a contender for Best Actress for her role in “The Woman King.”

The film raked in $6.85 million on its opening night and was dubbed one of “the best reasons to go to the movies right now” by Vogue.

Davis was nominated for a Golden Globe and SAG Award for her role, and The Post’s Johnny Oleksinski wrote that she gave a “powerful, stoic, tormented performance.”

“The Woman King” was ignored completely by the Academy and didn’t receive a single nomination.

Danielle Deadwyler was also snubbed from the Best Actress category for her performance in “Till.”

She won her category at the Gotham Awards for her performance in the Emmett Till biopic. 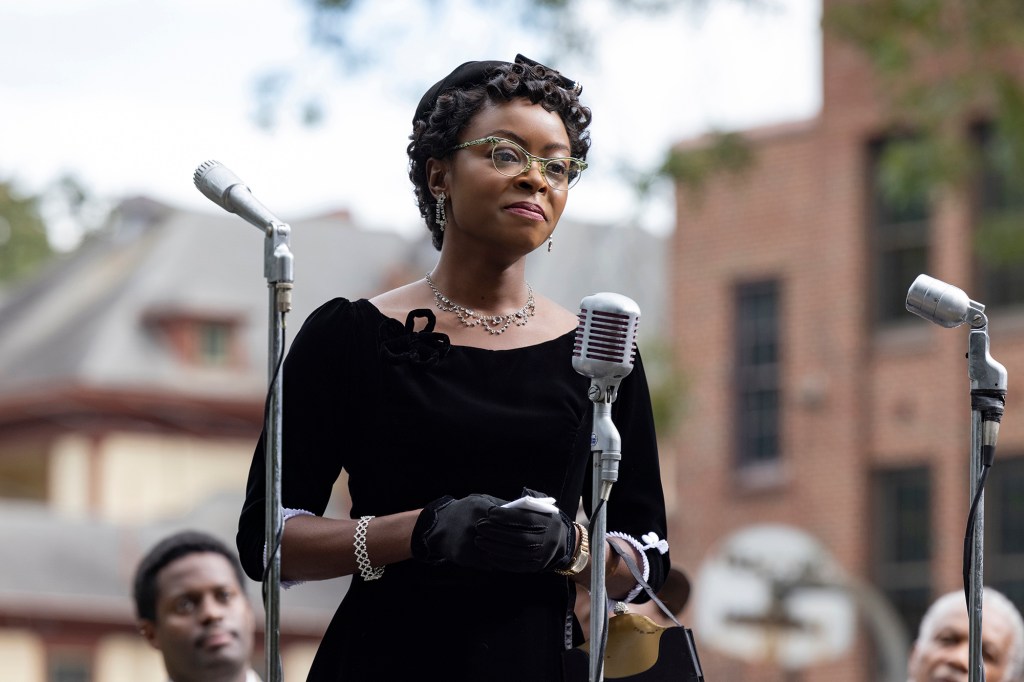 Danielle Deadwyler in a scene from “Till.”Lynsey Weatherspoon/Orion Pictures via AP

While “Avatar: The Way of Water” was nominated for four awards, including Best Picture, James Cameron was left out of the Best Director category.

Cameron previously won the Best Director award for “Titanic.” Though he had no luck getting recognition this time around, maybe the award is in the future for him and the next “Avatar” sequels.

While Tom Cruise got recognition for producing “Top Gun: Maverick,” which was nominated for Best Picture, he was snubbed from the Lead Actor category for his role of Captain Pete “Maverick” Mitchell after receiving love from the Golden Globes.

Cruise got his first $100 million opening weekend with the film, which had the actor reprising the role of Maverick, who returns to the elite aviation training program to train the next generation of flyers.

Another snubbed for the Best Actor category was Adam Sandler for his role in the Netflix basketball drama “Hustle.”

He was recently recognized for the role with a SAG Awards nomination. 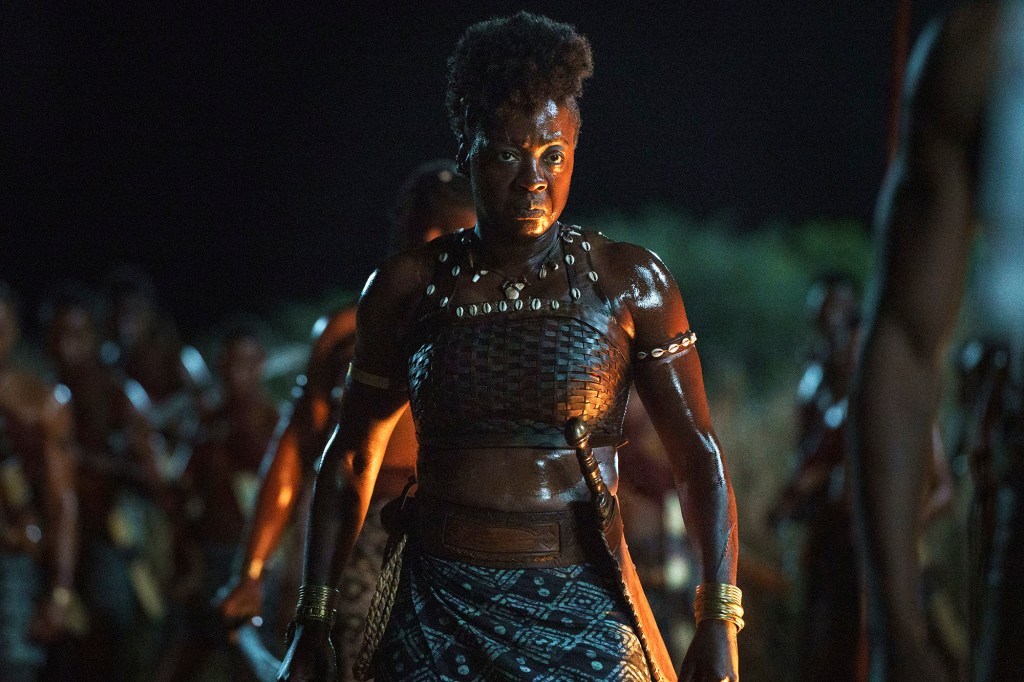 Viola Davis in “The Woman King.” Sony Pictures via AP

Rihanna is nominated for “Lift Me Up” from “Black Panther: Wakanda Forever,” and Lady Gaga for “Hold My Hand” from “Top Gun: Maverick.”

Swift’s “Carolina” for “Where the Crawdads Sing” was notably left out of the category.

Paul Dano was left out of the Supporting Actor category for his character in “The Fabelmans.”

His character is loosely based on director Steven Spielberg’s father.

Extremely notable, the Academy snubbed women directors entirely. After two consecutive years of women winning the award for Best Director — with Jane Campion for “The Power of the Dog” and Chloé Zhao for “Nomadland” — the nominations were an all-male group.

This isn’t the first time women directors have been shut out. In 2020, the group of Best Director nominations was also all men. Issa Rae, who presented the Oscar nominations in 2020, jokingly said, “Congratulations to those men” — which seemingly still applies today.

The 2023 Oscars will be hosted by Jimmy Kimmel at the Dolby Theater in Los Angeles on March 12 and will air on ABC at 8 p.m. ET. ‘My heart and lungs would stop’ as a premature...