PHILADELPHIA — The expectations for Noah Syndergaard’s second career World Series start were different than his first.

Instead of the young right-hander who wanted to put the Mets on his back in the 2015 Series against the Royals, this version of Syndergaard was asked to give the Phillies three or four solid innings in Game 5 facing Justin Verlander and the Astros.

There was a stretch in which Syndergaard gave the Phillies everything they could have wanted, as he retired eight straight after two consecutive hits to start his outing.

But Syndergaard’s start was marred by that tough beginning, when Jose Altuve led off the game with a double to right-center and reached third on Brandon Marsh’s error on the play, and Jeremy Peña followed with a single up the middle for the game’s first run in Houston’s 3-2 victory.

Syndergaard then struck out the next three batters — the first of the eight in a row he set down by the end of the third. 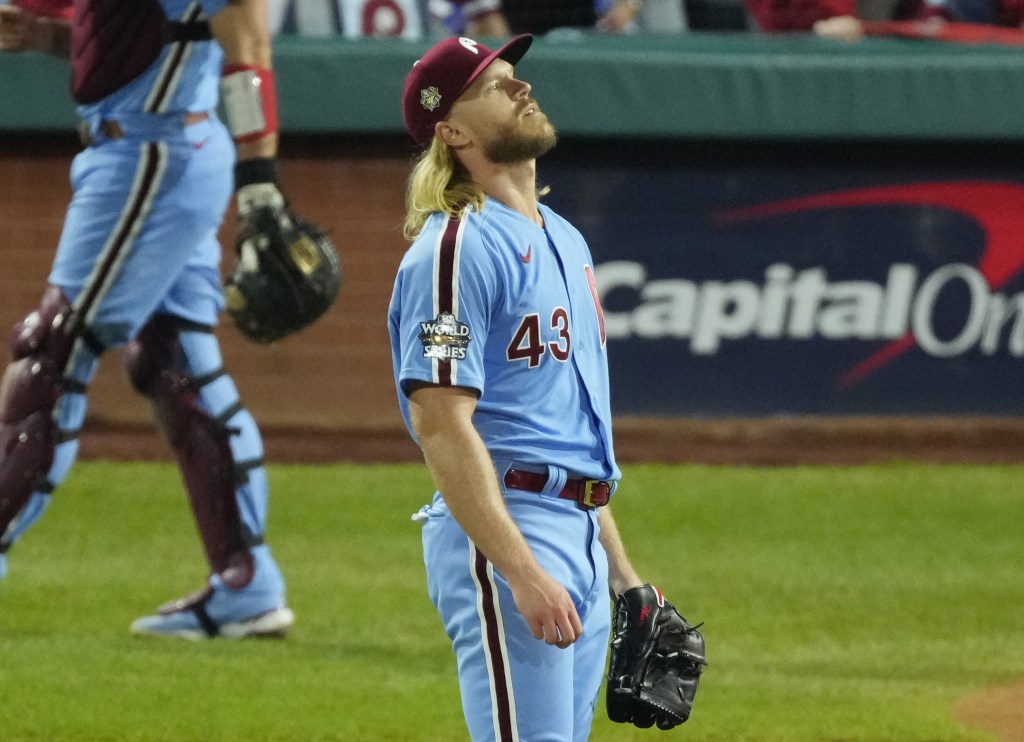 The Phillies tied the game in the bottom of the first on Kyle Schwarber’s leadoff homer, and after Syndergaard got rolling, manager Rob Thomson asked Syndergaard for one more out in the fourth. Peña, however, burned them by hitting it out to left.

“One more hitter,’’ Thomson said of the decision to keep Syndergaard in the game. “He threw the ball well. He gave up two well-hit balls and it was the first hitter he faced and the last hitter he faced. Everything else was just soft contact.”

That’s what Syndergaard was left with, as well.

“They capitalized on two mistakes,’’ Syndergaard said of the pitches to Altuve and Peña. “I wish I could just have those pitches back.”

This was a different Syndergaard than in his first World Series, when he threw his first pitch of the game over the head of Kansas City’s Alcides Escobar in Game 3.

But Syndergaard is far from the same pitcher he was back then, topping out in the mid-90s with his fastball. 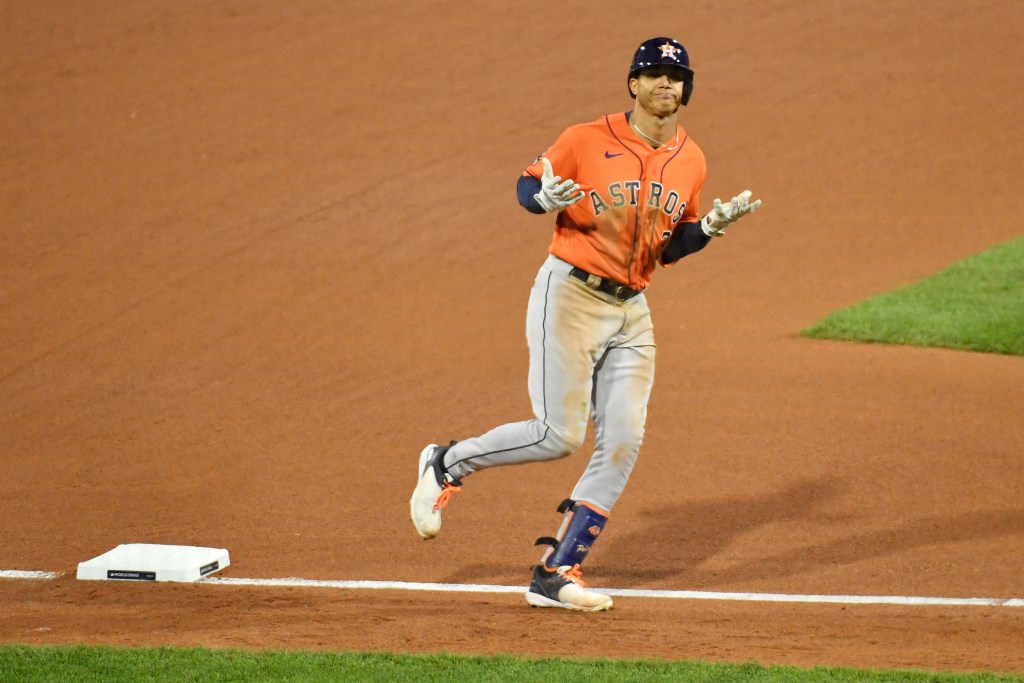 He was good enough to recover from the early hits to suddenly settle in and strike out Yordan Alvarez — with Peña caught stealing on the third strike — and Alex Bregman to end the inning.

Syndergaard then retired the side in order in the second — with two more strikeouts — and once again didn’t allow a base runner in the third.

At 38 pitches, and with right-hander Connor Brogdon up in the bullpen, Syndergaard faced Peña again in the fourth and the rookie shortstop made the Phillies pay.

After the homer, Syndergaard was removed for Brogdon and the Phillies’ bullpen took over.

“It took me a little bit to find my groove,’’ Syndergaard said. “It felt like in the second inning, I hit my stride and in the third inning, my tempo picked up.”

It ended poorly and the Phillies offense couldn’t bail him out.