NHL Betting: Take a chance on Canucks earning No. 1 pick in draft The 2023 draft class in the National Hockey League is supposed to be one for the ages. Connor Bedard, the consensus top overall pick, is projected to be a generational player in the same class as Sidney Crosby, Connor McDavid and Alex Ovechkin. While he’s clearly the best player available, there are several other prospects who would be consensus top picks in recent drafts.

Adam Fantilli, Leo Carlsson and Matvei Michkov are projected to round out the top four and any team would be thrilled to add them to their system.

This crop of prospects has turned the NHL tank-a-thon into a pretty dramatic race, even though finishing last only “earns” you an 18.5 percent chance of winning the first pick. What it does guarantee is that you’ll either pick first or second, since you can only drop one spot in the lottery. 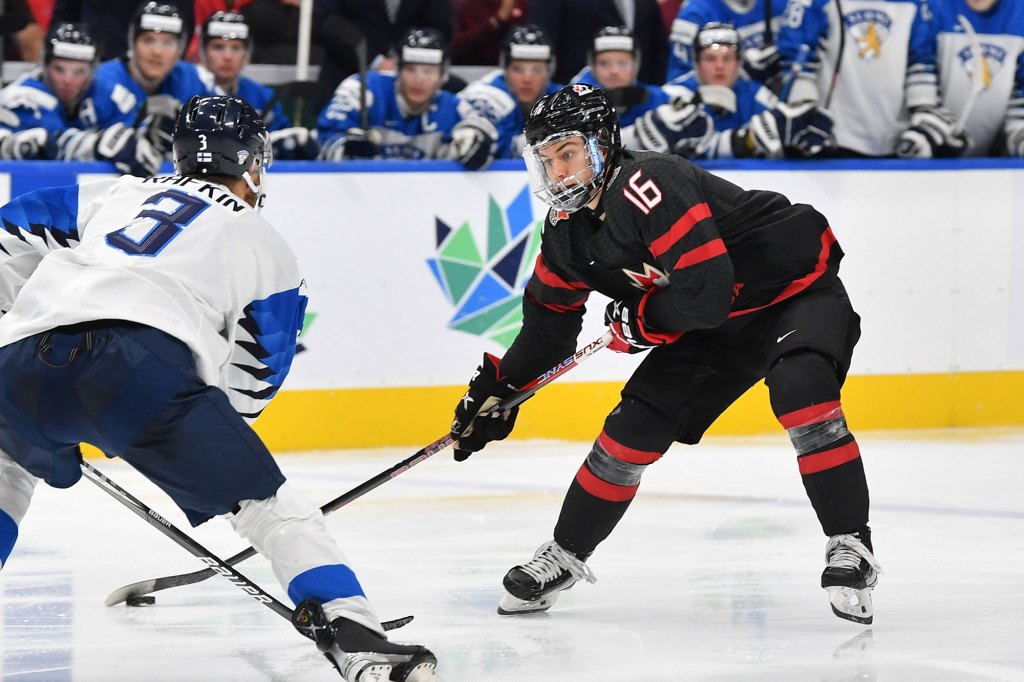 The prospect of drafting Connor Bedard could see a number of team tank their way down the standings.Getty Images

As with any good race, you can bet the NHL tank-a-thon. FanDuel currently has the Columbus Blue Jackets listed as the -105 favorite to finish in last place overall and net the best odds to win the lottery, but the standings are pretty tight. There are just three points between Columbus in 32nd and Arizona in 29th, and just nine separating the Blue Jackets from the Vancouver Canucks in 27th.

With 35 to 38 games remaining for each team, there’s plenty of runway for things to change and the trade deadline — which falls on March 3 this season — looms large, as teams near the bottom will get worse by selling off key players to acquire more future assets.

Although the Blue Jackets, Anaheim Ducks, Chicago Blackhawks and Coyotes have established themselves as the main contenders for the ‘Wooden Spoon,’ there is a long shot bet that is worth taking on in this dubious contest: the Vancouver Canucks (120/1).

A few weeks ago, it seemed like a pipe dream that they would be bad enough to have a realistic chance at landing Bedard (who is from Vancouver), but things have completely changed over the last few weeks.

While the Canucks have been a soap opera all season, things really hit a fever-pitch over the last fortnight as it was leaked that the team had a deal to replace head coach Bruce Boudreau with Rick Tocchet. And yet, the team only just announced the firing of Boudreau on Sunday.

Not only that, but the Canucks are also in a standstill with captain and 30-goal scorer Bo Horvat, an unrestricted free agent after this season, and are desperate to trade away several veteran players to get them off their books. Brock Boeser, Conor Garland, Andrei Kuzmenko and Luke Schenn could all be gone by the deadline.

Losing Horvat and some combination of Boeser and Garland will make the Canucks considerably worse and also take away from the team’s biggest strength — a very solid top-six. If Vancouver was only good enough for 27th-place with Horvat and Co., imagine how far it could fall when those players walk out the door.

Plus, we don’t know how this team will react to the coaching change. The players loved Boudreau and played hard for him until the bitter end, but now they’ll need to adjust to a new coach and a much different personality with Tocchet. That may not go over so well with this group, who has had its fair share of quibbles with the team’s brass in the past.

The Canucks likely are too good and too far ahead of the basement-dwellers to finish last, but there is a chance this thing gets even uglier as we head down the stretch.