Kyle Brandt does not like installing car seats — not even a little bit.

NFL Network’s “Good Morning Football” crew was proposing quirky events now that the league is replacing the Pro Bowl with a series of skills competitions.

Brandt, speaking for not just every dad but everyone who will ever become one, proposed a competition on who can install child car seats the best.

“If you want to see me turn into a bleeping werewolf, the most angry I will ever get …” Brandt said, before explaining the event, sounding like a version of Chris Farley’s classic Matt Foley character from “Saturday Night Live.”

“You got to put it in, and you got your knee down, and you PUSH, and then you go DON’T TALK TO ME, and then you have to BUCKLE IT. I have taken those things and thrown them across the LaGuardia parking garage,” Brandt said, eliciting visions of landing at the airport after midnight, following ample delays, with tired and cranky young kids in tow. 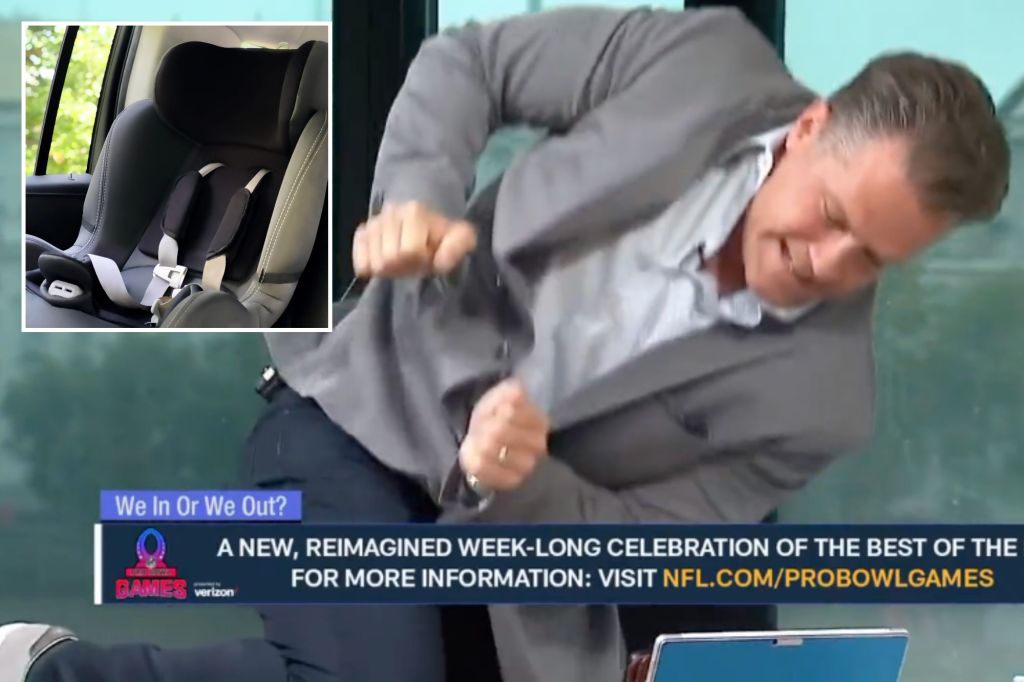 “I want to see who has the patience, the dexterity, the strategy — it’s so hard, and your child’s safety is at risk, so the stakes are really high — and your wife is just YELLING at you and being like, ‘Do you want me to do it?'”

Peter Schrager asked if Brandt has ever relented and asked another man to install the car seat, and he responded that he would pay another man to do it, and has taken trips to the local fire station to get the job done right. Here are the hot TV shows that are about to...