The return of the estranged king. Former No. 1 pick Ben Simmons is back in Philadelphia tonight.

This won’t be the wonderful return that legends like Charles Barkley and Allen Iverson enjoyed from the 76ers faithful. This is going to be much closer – and maybe worse – than what LeBron James experienced in Cleveland in 2010 when the fans completely turned on him.

James was at the peak of his powers at that point and put up an effortless 38 points. Simmons is nowhere near that level of a scorer and seems fragile both mentally and physically. Still, he is finally rounding into shape, with his two highest-scoring outings in his last two games.

But can he drown out the boos, booze, and noise from opposing fans? Below we break down our predictions for tonight’s Nets vs. 76ers game, starting with a pick against the spread and moving into some player props:

Unfortunately, the 76ers will be without Joel Embiid as he battles a foot sprain. The same can be said for James Harden and Tyrese Maxey, all of whom will not be playing. Philadelphia is clearly undermanned.

They did rely on Shake Milton, De’Anthony Melton, and Georges Niang for some quality scoring last time out against the Timberwolves. But that game still featured Embiid, who will not be active. All in all, it seems that Simmons is getting a break here, with the Nets clearly expected to win as seven-and-a-half-point favorites and -300 on the moneyline on BetMGM.

The Nets are far too inconsistent to be worth a bet at that number. Instead, look to target the 76ers team total, which comes in at 104.5 (-105). The Nets have allowed 105 points or more in 12 of 17 games this season, including four straight. Many of those games that went under were without Kyrie Irving in the fold. He typically puts forth horrific effort on the defensive side of the ball, so this is surely a spot to target this evening. 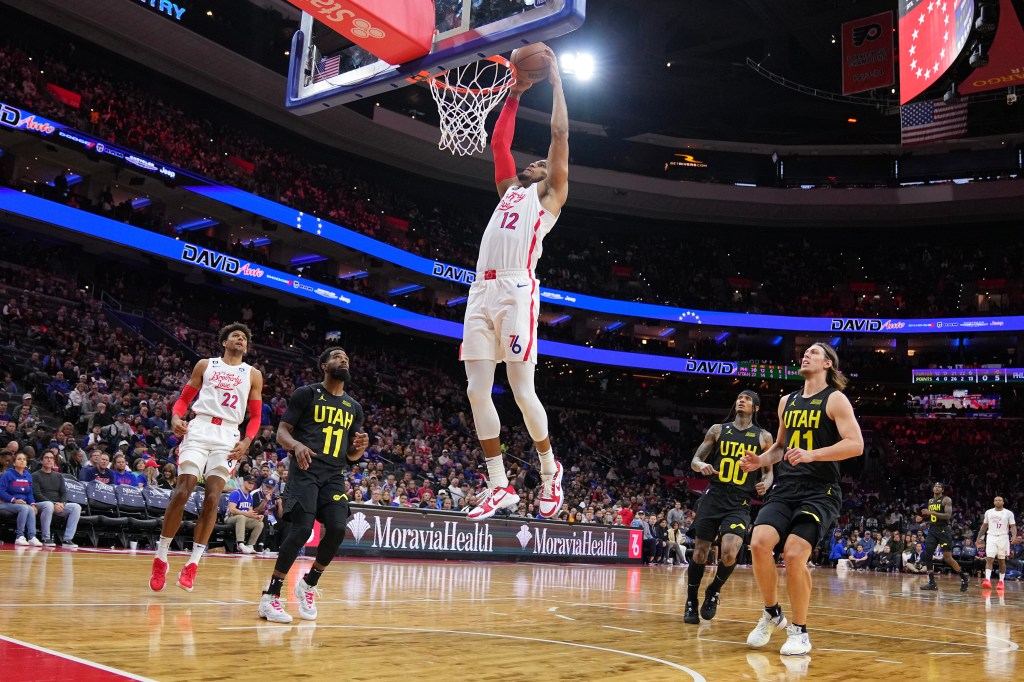 In terms of player props, the Nets are one of the worst rebounding teams in the NBA and allow an assist on 64.8 percent of plays, which is the sixth-highest percentage in basketball. This is where it would really pay to attack the Nets.

For those who don’t subscribe our Post Picks Newsletter (you should), we talk constantly about player prop ladders. These bets are where we manage risk but take shots at long odd props. Your total bets for the entire ladder should equal one unit (or one percent of your overall bankroll).

Betting on the NBA?

Harris is typically a decent bet to get over 6.5 rebounds as it is. He averages 6.2 rebounds per game and is over this prop in three of his last six. But this one is different; there is no Embiid, Maxey, or Harden, which should mean sky-high usage from Harris. Harris is a game-time decision, with many expecting him to play. If Harris were to go out, the pivot would logically be Danuel House or Georges Niang, if any books allow wagers on those props. 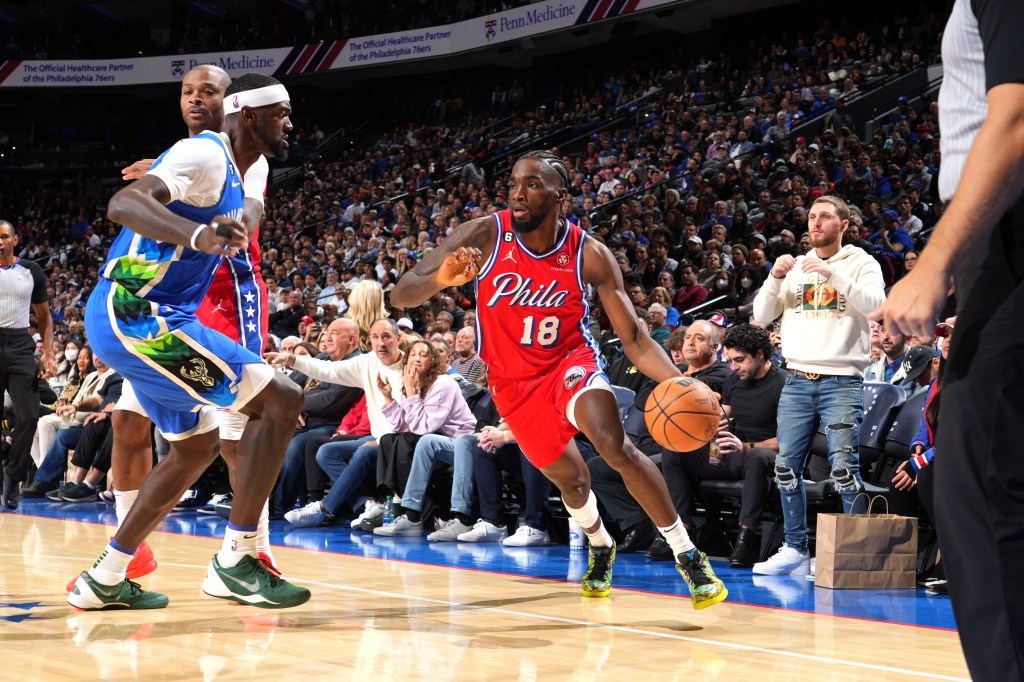 At the time of writing, only Bet365 is going up to 4+ three-pointers made. But the point remains clear: the Nets’ defense on the perimeter is shotty to say the least. Milton was three of five from three in his last game and will be counted on even more this time out without Embiid. You may remember Milton’s 39-point, seven 3-pointer game against the Clippers in 2020. He can fill it up if given high usage, which he will.

As mentioned above, the Nets are leaking assists to opposing guards, likely because of their lack of size and interior defense. They are giving up 9.2 assists to opposing point guards, the fourth most in the NBA. Melton had nine assists against the Nets on November 4th. Look for Melton to be the table-setter for most of the offense this evening. Bet365 has phenomenal odds this evening with +1500 on 10 or more assists is phenomenal value. 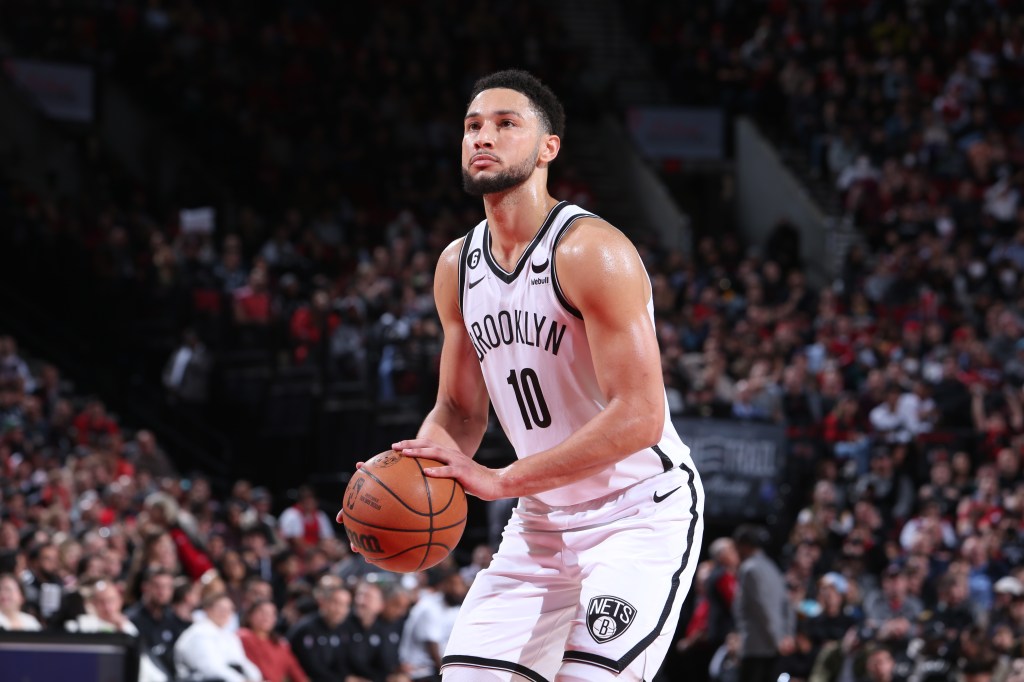 A hilarious bet, as Simmons will look to avoid the line as much as possible in this matchup. Should Simmons actually find himself at the line, the pressure will be massive – and the boos fierce. Simmons has successfully avoided the free throw line in four of his 12 games this season. On the season he is shooting exactly 50% from the line, so we are paying some vig here. But there is some important data here that pundits may be forgetting.

How does he normally perform on his first free throw attempt (in a set of two)?

Diving into some data, Simmons is shooting 41.66% on his first free throw attempts. This includes and-one attempts as well as regular turns at the free-throw line. It is worth mentioning that the majority of those attempts are in the fourth quarter, so you know he typically will look to avoid the line as much as possible.

If you’re looking to bet on this wild prop, miss is the play. George Steinbrenner made ‘Mike and the Mad Dog’...