“My Big Fat Greek Wedding” writer and star Nia Vardalos revealed on Tuesday that shooting for the third film has finally commenced in Athens.

The 59-year-old dropped the news on Instagram with a video, while also thanking her producers at Playtone, Gold Circle, HBO and Focus Features.

“Much love and gratitude to you all for your support as we waited to film. Greece baby. Greece,” she captioned her clip.

She also dropped a bombshell in the video, officially announcing that she’ll be directing the feature.

The Canada native recorded the video from her crisp white hotel room in the Mediterranean country.

“We are in Greece filming ‘My Big Fat Greek Wedding 3’ and thank you for all the lovely messages of just waiting,” Vardalos said.

She noted that she was in her hotel getting ready to shoot and even gave fans a quick snippet of the set.

The screenwriter divulged back in September that she finally completed the script for the third installment of her hilarious family comedy series.

The “My Life in Ruins” star posted a photo of herself alongside her “My Big Fat Greek Wedding” co-stars Lainie Kazan, Louis Mandylor and Gia Carides.

The foursome gathered to honor their old friend and castmate Michael Constantine, who died in August. 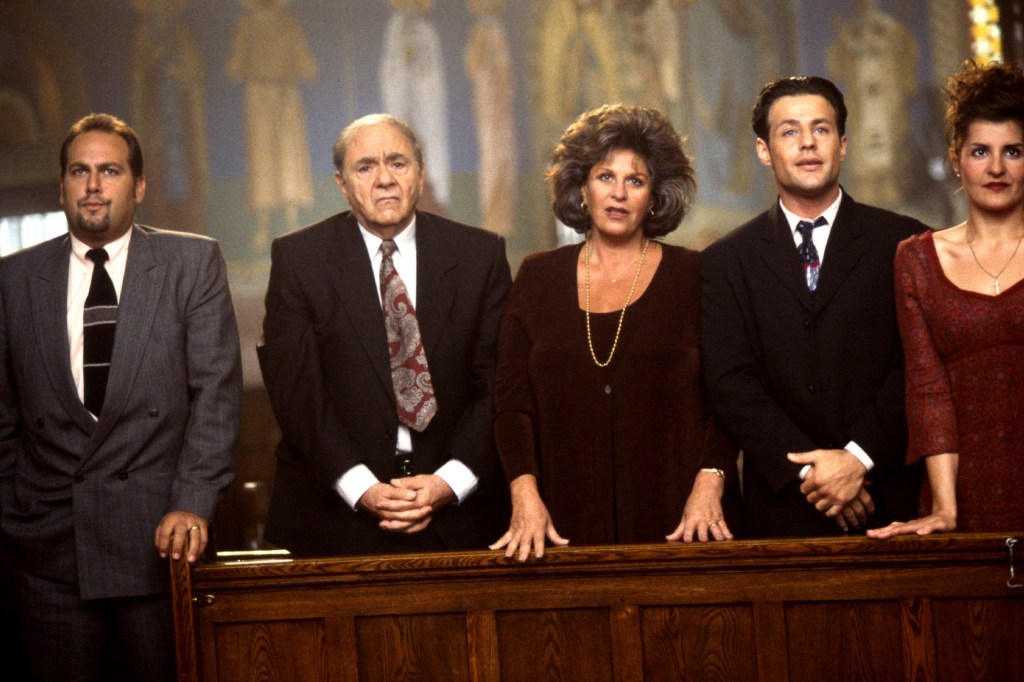 Vardalos said that the upcoming threequel will honor and be dedicated to Constantine.

“[Michael] had told me he wouldn’t be able to join us for the third film and his wish was that we go on. I wrote the screenplay to reflect Michael’s decision and will always treasure his last messages to me, hoping we were filming soon,” the “Larry Crowne” actress wrote. “We miss you Michael, thank you for bringing my words to life with such passion and accuracy, you will always be with us.”

“My Big Fat Greek Wedding” premiered in 2002 and followed Toula (Vardalos), a 30-year-old Greek woman living in Chicago who marries a non-Greek man (John Corbett) amid her family’s objections. A sequel was released in 2016.

The comedy was a sleeper hit and earned an Oscar nomination for Best Original Screenplay in 2003. Take it easy after the big wedding day with a...