This modern family has relisted its Gramercy Park pad for $1.44 million.

Emmy nominee Jesse Tyler Ferguson, who is best known for playing Mitchell Pritchett on “Modern Family,” and his husband Justin Mikita, a Tony Award-winning producer, first listed their home at 200 E. 16th St. in 2018 for $1.49 million — when they were expecting their baby and moved to bigger digs in Chelsea.

Ferguson is now preparing for his role in the Broadway revival of “Take Me Out.”

Rehearsals start next month. The 900-square-foot home comes with 11-foot ceilings, three sets of French doors and a large bedroom with an ensuite bath with double marble vanities.

There’s also an open kitchen where Ferguson worked on cookbook recipes for “Food Between Friends: A Cookbook,” which he co-authored.

If you want to know a secret to his culinary success, it’s to keep Mikita out of the kitchen, he once quipped to Page Six, even though the remark got him into hot water. 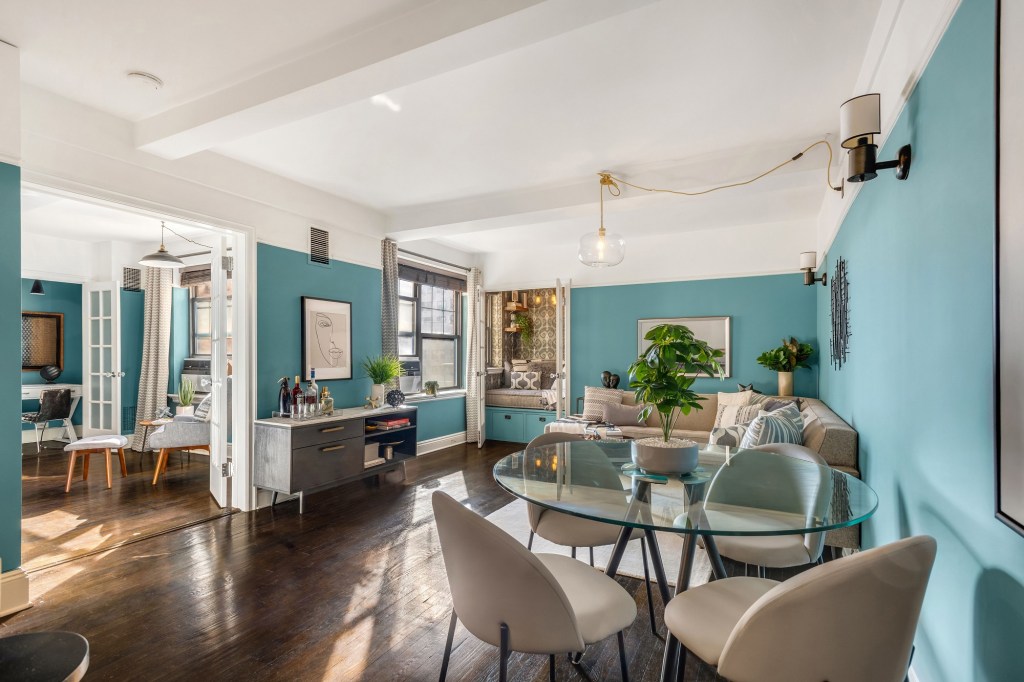 The dining area is served by a proper chef’s kitchen.Cecilia Lagerman/RARE

“East 16th Street will always hold a special place in our heart as our first home in NYC together. We love the building, the staff and the gorgeous park at the end of the street. Most of all, we love New York,” Ferguson said.

It’s all in an Art Deco building with a live in super, gym, laundry and bike storage.